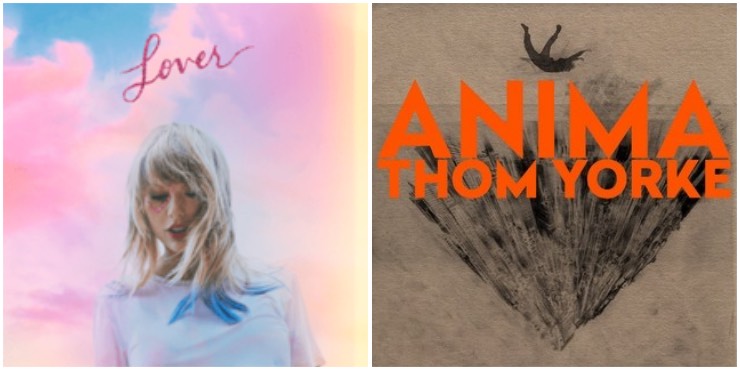 Lover is the seventh studio album by American singer-songwriter Taylor Swift. It is sure to be everywhere, so get your reservation in soon!

Off the back of her Glastonbury Pyramid Stage appearance Sheryl Crow returns with a new album of collaborations, including songs with Stevie Nicks, Sting and Willie Nelson.

This is actually a late July release but it sneaks onto the list. In the absence of new material from Radiohead, any new music from Thom Yorke and producer Nigel Godrich is always welcome. Standout track is The Axe.

The follow up to 2017’s Heavy Fire is due soon and is said to be the band’s best work to date. The band will be playing Cambridge in October.

Slipknot - We Are Not Your Kind

Icons of the metal world return with a new album that is described as ‘a pretty dark ride’ by the band.

First electronic album in a decade from the North-East post-punk band.