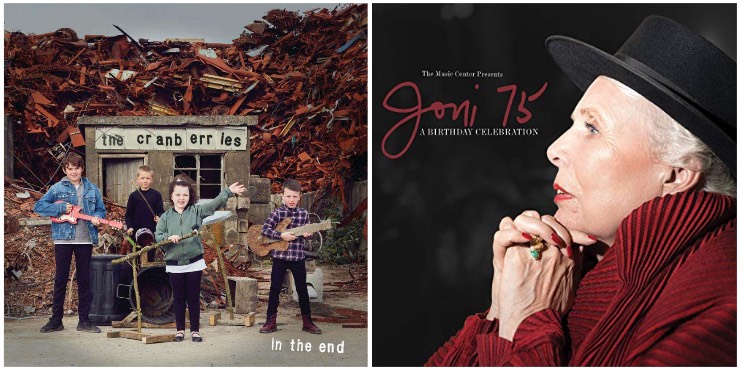 Cranberries - In the End

Last album released by the band a year after the death of singer Dolores O’Riordan.

Jenny Lewis - On the Line

With collaborators including Ringo Starr and Beck, Jenny Lewis returns with her first new music for five years.

These New Puritans - Inside the Rose

Two terrific artists on one disc. Karen O, frontwoman of the Yeah Yeah Yeahs and super producer Danger Mouse join forces to produce a cinematic sound that is a departure from the regular Yeah Yeah Yeahs sound.

Star-studded celebration of one of the iconic artists of our time. Artists include James Taylor, Emmylou Harris, Norah Jones and Chaka Khan.