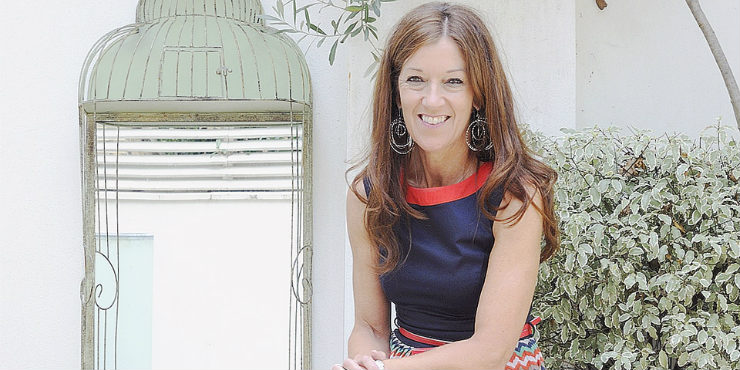 Victoria Hislop is an English author. Her first novel, The Island, held the number one slot in the Sunday Times paperback charts for eight consecutive weeks and has sold over two million copies worldwide. Victoria was the Newcomer of the Year at the Galaxy British Book Awards 2007 and won the Richard & Judy Summer Read competition. Her second novel, The Return, set against the tempestuous backdrop of the Spanish Civil War, was also a number one bestseller.

She returned to Greece for her third novel, The Thread, taking as her backdrop the troubled history of the city of Thessaloniki in a story that spans almost a century, beginning with the Great Thessaloniki Fire of 1917. Her short story collection, The Last Dance and other Stories, was widely acclaimed.

In 2014, she published The Sunrise, a turbulent family saga set in Cyprus after the Turkish invasion of 1974 which would leave the glamorous resort town of Famagusta a ruin ringed by barbed wire for decades to come. Her most recent book, Cartes Postales from Greece, an illustrated novel, was published in September 2016.

Victoria’s books have been translated into more than 30 languages and she is one of the most read authors in Suffolk Libraries. Why not try one of them?

I loved Beatrix Potter when I was very small. And what I really loved was my mother sitting at the end of my bed and reading those small, perfect books. It was a whole experience, looking at the delicate watercolours and hearing her voice before I went to sleep. I still have the editions she read to me, and used them with my own children. The notion that stories should offer us comfort has remained with me - this often involves one of the characters being in danger, and then surviving (just as with Peter Rabbit). I think this idea has definitely stayed with me – I see it in my own writing!

And now with my latest book, Cartes Postales, I have introduced visual images onto the page (not illustrations, but photographs) which in some ways gives a child-like quality to it.

As a teenager, the Brontës were a big influence. I loved the wild world that their stories inhabit. I loved Orwell for the clarity of his writing. I loved Shakespeare for the richness of his writing. I had fantastic English teaching at school and all those writers excited me hugely.

2. How do you choose your subjects to write about? Obviously Greece is an inspiration to you.

I always have a strange sense that the subjects I write about come and get me. I never feel I choose them exactly. And yes, Greece is a great source of ideas and inspiration. Each time I am there, I learn something new and surprising and often when I follow it up to find out more, it begins to evolve into a fictional story.

3. Your books are published all over the world. Do your readers vary in different countries?

I think they have a lot in common, though no two readers are the same of course. I think I am gaining more male readers as time goes on. Perhaps a few years ago, they were very predominantly female but I think word has got out that the central theme of most of my novels is that of civil war/conflict.

In Greece I have a lot of younger readers, which is good - some of my books are studied in school – and the same in France.

4 Do you have a message for your many readers in Suffolk Libraries?

That libraries are very, very precious – and people should do what they can to protect them. We are so lucky in this country to have so many – but they are definitely under threat, so let’s try and make sure they survive.

Reading is a source of learning and self-improvement and escape – life without books is unimaginable, life without libraries would be a great deal poorer.

5 What is the best advice you were ever given?

That if you are reading a book, and you don’t quite get on with it, then you don’t HAVE to finish it. It’s not a failure, it’s best to start something else. There is nothing worse than labouring your way through a novel, for example, when you are not enjoying it. There are too many other books out there waiting for you!

6 You have been interviewed dozens of times. Can you tell us one thing about yourself that your readers might not know?

I am very bad at maths. I like words, but numbers are a foreign language that I just can’t master.