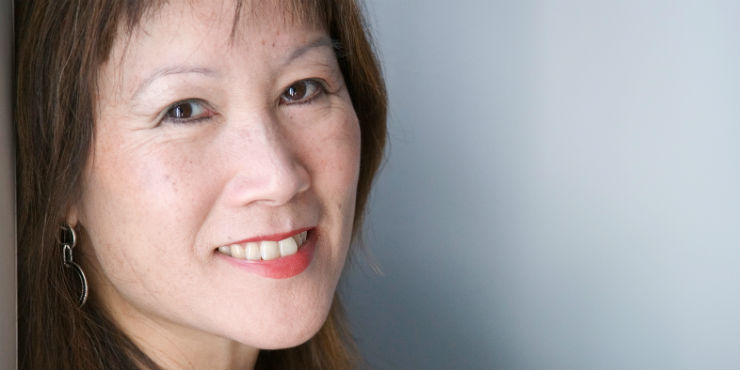 Tess Gerritsen is a bestselling author of suspense thrillers who created the thriller series starring Boston detective Jane Rizzoli and medical examiner Maura Isles. Her books have been published in forty countries, and more than 30 million copies have been sold around the world. Tess’s books are available through Suffolk Libraries.

As a child I was addicted to the Nancy Drew mystery series, aimed at young girls. They featured an 18-year-old female detective who was smart, resourceful, and didn’t need a man (or boyfriend) to save her. She was a terrific role model for girls. Later I was a huge fan of Tolkien, Asimov, Agatha Christie, and Conan Doyle.

You started off writing romance novels. What made you change to thrillers?

My romance novels all had suspense in them, so I suppose I was already a budding thriller writer. Then a conversation with a homicide cop gave me the idea for Harvest, my first medical thriller. He said that he’d recently traveled to Moscow, where the local police told him about the disappearance of young street kids. They believed the kids were being shipped off to the Middle East as organ donors. I was so horrified, I couldn’t stop thinking about it. Weeks later, I knew I had to write a novel about it - and that was how I hit the bestseller lists for the first time, as a thriller writer.

What is your writing routine? Do you spend a lot of time researching?

The time I devote to research depends on the book. I spent two years researching and writing Gravity, about a crisis aboard the International Space Station. The research for that book took me to NASA facilities in Texas and Florida, and included conversations with dozens of engineers, scientists, and aerospace doctors. For my other novels, my research can take only a few weeks. I do a lot of research on the fly, as new questions come up while I’m writing the story.

My routine is this: I get a cool idea, or encounter a baffling question, and I envision the opening scene. Maybe I know about a third of the plot, certainly not the entire roadmap, but I’m so excited, I just start writing. It’s a journey into the unknown, and I discover answers (and new questions) along the way. It takes me about 6-8 months to complete a first draft, and then the remainder of the year is devoted to revisions. My process is disorganised and frustrating, but I don’t know any other way to do it. The one peculiar aspect to my routine is that my first drafts are usually written with pen and unlined typing paper. Then I type in the second draft myself. I’m a very fast typist, but there’s something about holding a pen that makes me relax and allows me to write badly. I need to give myself permission to write badly, or I’ll be in a perpetual state of writer’s block.

How did Rizzoli and Isles come about? Are they based on anyone you know?

Jane Rizzoli was introduced in The Surgeon, where she was merely a secondary character. I based her on many female police officers I’d met, women who expressed frustration about how they were often ignored or belittled by their male colleagues. These women have to be smarter and tougher than the men, just to be valued, and that’s exactly Jane’s character - a woman who’s smarter and tougher, or tries to appear so. She was supposed to die in The Surgeon (since she was only secondary) but she grew on me as I wrote the book, and by the end - when she was supposed to die - I couldn’t kill her. She survived, and went on to star in the next book, The Apprentice. That’s the book where I introduce Dr. Maura Isles as a minor character. But she struck me as so mysterious and unknowable that I wanted to pierce her shell and find out who she really was - so I wrote The Sinner. Without any planning, I ended up with a two-female-character series. Their origins, and their friendship, developed organically, without any forethought.

I’m finishing up the 12th Rizzoli & Isles book, called Strange Girl. It ties up some of the personal crises that have been introduced over the past few books, including the romantic dilemma of Jane’s mother, Angela. Also, my son Josh and I recently finished filming our first feature film, a horror movie called Island Zero. It’s now in post-production. We hope it’ll be ready for film festivals this fall.

THANK YOU for being readers! Without readers, there would be no writers.

At home, planting a garden!