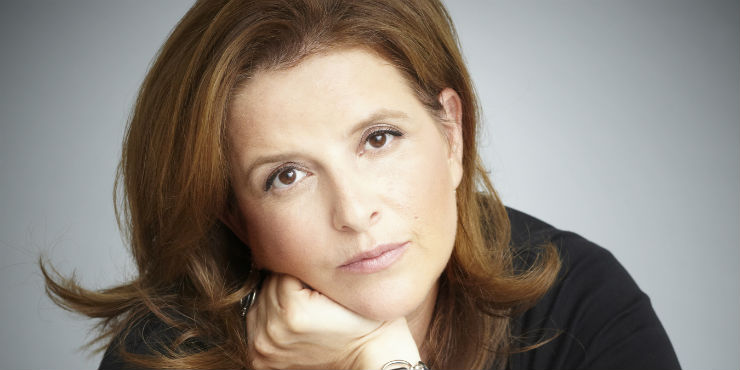 Susie Steiner is a former Guardian journalist whose first novel, Homecoming, was published in spring 2013. She began her writing career as a news reporter, first on local papers and then on the Evening Standard, the Telegraph and then the Times where she moved into features. In 2001 she joined the Guardian where she commissioned and wrote across print and web for 11 years. Her latest book Missing, Presumed is set in Cambridge. It combines the very best of literary writing with the pace and tension of the finest crime novels and introduces a standout character in DS Manon Bradshaw. If you have not read it already I would strongly urge you to do so.

I was a relatively late reader. The very first books which did it for me as a child were Charlotte’s Web, Stig of the Dump and When Hitler Stole Pink Rabbit. It was in my late teens that my reading took off - I read all the Brontes, all of Austen, most of George Elliot, all of Thomas Hardy. I discovered Portrait of a Lady, Madame Bovary, Anna Karenina, the Kreutzer Sonata. Anything with a thwarted female protagonist, really. I inhaled these very passionately, while writing extremely self-pitying entries in my diary. I was a voracious diary writer, which I think honed something at sentence level, though the content was drivel. I think this is the kernel that formed me as a writer, albeit 20 years later.

Missing, Presumed is a departure from your first book Homecoming which was more of a literary saga. Was it difficult to move into another field?

No, it was pure joy actually! I’d worked on Homecoming on and off for ten years, trying to inhabit the minds of some rather taciturn Yorkshire farmers, who don’t express their feelings. So to suddenly be writing a very emotional, intelligent and articulate woman - well, you can imagine. It was like walking on air. I had lots and lots of fun writing from Manon’s PoV. If there was a difficulty it is in plotting a crime novel - that can really tie you in knots, as I’m currently discovering with the sequel.

Our readers are already asking if DS Bradshaw will return. Can you confirm or deny?

I can happily confirm that Manon Bradshaw is back at full chaotic tilt in my next book.

How do you know when an idea has the potential to grow into a book?

If only I did know! For me, the process of writing a novel is slow and evolving, involving seismic redraftying, so the ideas you set out with are not what ends up on the page. It’s a journey, filled with adjustments, deletions and about-turns. I might start out thinking, ‘I’m interested in this’ or ‘I’d like a character who’s like this.’ But that’s only a starting point. By the time I’m handing in a manuscript, two years later, it’s all radically changed.

How did working in newspapers compare to being a published author?

Writing fiction is way more fun. I enjoyed writing for newspapers, especially profile interviews, but spent many years editing other people’s copy and I got far less out of that. I love the freedom of fiction, I love being my own boss, I love the challenge of it. It’s also hard work and frightening at times because you’re very much alone with it, but that suits my personality.

One of the things I disliked most about newspapers, and I worked in them for 20 years, was the open plan office - being your public self all day is horrible, if you ask me. So I’m better off on my own in my attic.

I have to refer you to question 4 for this, because I’m still writing the new Manon book and as there is every possibility of my re-writing it from the ground up, it’s best if I don’t commit anything to paper at this point!

We came close to my perfect day last Sunday when we took the children to the South Bank for the Shakespeare 400 festival. We stopped at the street-food market outside the Royal Festival Hall and had a really delicious array of foods - curries and pulled pork and juices. I am a greedy person and food features large in any ‘perfect day’ scenario. Then we wandered along the Thames, watching extracts from Shakespeare’s plays on giant screens, before stopping for cake at the Globe. I’d like to say it was the culture that made it perfect, but to be honest, I was all about the food.

Reserve books by Susie Steiner from our libraries.