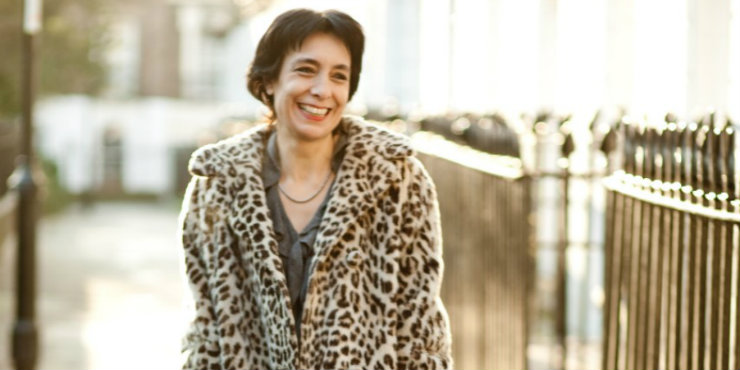 Stella Tillyard is an English author and historian. She is a visiting professor in the Department of History, Classics and Archaeology, Birkbeck, University of London, and a Fellow of the Royal Society of Literature, and has won the Meilleur Livre Étranger, the Longman/History Today Prize and the Fawcett Prize.

Stella’s books include Aristocrats, which was made into a six-part BBC series in 1999, and The Great Level, which is one of the featured titles in our Discovereads project.

My dad was a librarian who specialised in children’s literature; he was my hero because he brought me all kinds of books to read.

A wiggly path. In my teens I wanted to be an architect (I still do), then a sculptor, and only in my late 20s did I think about writing. But it happened really because I wrote Aristocrats and then moved to Italy, which meant I gave up university teaching and went freelance.

3. We still get asked for Aristocrats now, which you wrote in the 1990s about Caroline, Emily, Louisa, and Sarah Lennox. What do you think it is about this story that continues to fascinate readers?

I think it’s two things: their voices, which are so intelligent, alive and distinctive, and the fact that I wrote the book not as history or biography, but as a story with a chronology.

The archive, as well, is incredible, perhaps unique in its size and scope. It was hiding in plain sight, scattered, it’s true, in many libraries, archives and country houses, but unused because social historians, who might have been interested in women’s history, didn’t write about the wealthy.

I didn’t either, which is another reason I think why it has endured. I wrote about the Lennox sisters as people; as sisters, and as women. I loved them and maybe readers do too.

4. We have a project here in Suffolk called Discovereads, for which The Great Level is one of the titles. What are your memories of writing The Great Level, and how did it all come together?

For personal reasons I’ve always been interested in immigration and emigration, and how it changes people, so that was the first thing. Then trauma, and how people survive it. Then Britain and America because I made that journey. So perhaps all these things came together, along with the Fens being a mysterious place to me, growing up in Norwich and often visiting Cambridge, where my grandparents lived, but never really going there.

5. Many Suffolk readers will be aware of you as a historian and biographer. What was it that attracted you to writing fiction?

My children will tell you that I make things up all the time… But as I said above, I have always written stories; even my PhD started with the words ‘This is the story of…’. So it was the next step, the next challenge.

6. Eliza is a survivor in a male-dominated world. Did you plan her journey throughout the book, or did you let the story unfold?

It’s hard to remember now exactly what was planned and what emerged. But I wanted to reverse the usual gender roles, and make Eliza the tough survivor and colonist. I wanted to explore how she survived the trauma of displacement and how she forged forward despite tragedy.

As for Jan, it’s very useful, as well as for me sympathetic, to have an outsider, an immigrant, who sees everything differently from the people he has come to live amongst. To have the outsider’s eye - in this case the eye as well of the Dutch golden age, a kind of painter’s eye. And of course New Amsterdam was waiting for him when he had to leave as well.

7. Is there anything you can share about your latest project?

Only that it’s a secret.

8. Do you have a message for your Suffolk library readers?

9. Can you tell us one thing your readers may not know about you?

I’m a petrol-head; some of my happiest hours were spent bowling down Sunset Boulevard in my 1968 mushroom pink 3-litre Mercedes SE with its brown leather seats and jaunty pointed front lights. I loved that car like a friend, and my heart would lift every time I saw it. So elegant, so cool, so fast, and, in the 80s and 90s, so wonderfully guilt-free.