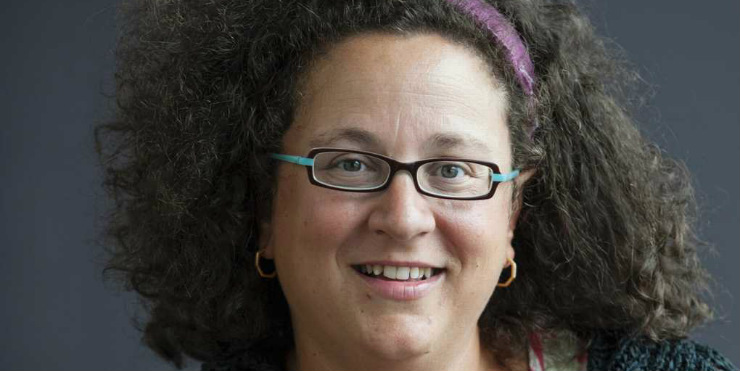 Sophie Hannah is an internationally bestselling writer of psychological crime fiction, published in 32 languages and 51 territories, and a poet.

In 2014, Sophie published a new mystery novel starring Hercule Poirot, Agatha Christie’s famous detective. The Monogram Murders, was written with the blessing of the Agatha Christie estate and was an international bestseller, reaching a top five position in the book charts in more than fifteen countries. She published a second Poirot novel, Closed Casket, in 2016.

In 2013, Sophie’s novel, The Carrier, the eighth title in her Waterhouse and Zailer series, won the Crime Thriller of the Year Award at the Specsavers National Book Awards. The latest title in the series, The Narrow Bed came out in 2016.

The books that influenced me the most as a girl were Enid Blyton’s Secret Seven books. I loved the mysteries. Then I devoured everything written by Agatha Christie and Ruth Rendell, who remain huge influences.

2. When did you decide you wanted to write?

All my life, I’ve always written. It was my main hobby as kid. But I never thought I’d be able to do it full-time until it started happening.

3. How did the Agatha Christie continuation novels come about and how do you get ‘into character’?

It was a funny coincidence. One day, my agent was having lunch with Agatha Christie’s editor at HarperCollins. Suddenly, out of the blue, he said, “you should get Sophie Hannah to write a new Poirot book!” He didn’t know that the Christie estate was just starting to think the time might be right for a continuation novel.

Meanwhile, knowing nothing of this, I had a great idea for a mystery and solution. I loved the idea, but it was a kind of Golden Age idea, not a contemporary one. It needed a Golden Age detective — it needed Hercule Poirot! A few months later, I was commissioned to write The Monogram Murders.

I took my research seriously. I reread everything Agatha Christie published about Poirot. Agatha wrote him so brilliantly that I’ve always known him really well.

I have a new standalone suspense novel coming out on 24 August. It’s called Did You See Melody? and is set in America. Here’s the synopsis:

“Pushed to breaking point, Cara Burrows abandons her home and family and escapes to a five-star spa resort she can’t afford. Late at night, exhausted and desperate, she lets herself into her hotel room and is shocked to find it already occupied - by a man and a teenage girl.

“A simple mistake on the part of the hotel receptionist - but Cara’s fear intensifies when she works out that the girl she saw alive and well in the hotel room is someone she can’t possibly have seen: the most famous murder victim in the country, Melody Chapa, whose parents are serving life sentences for her murder.

“Cara doesn’t know what to trust: everything she’s read and heard about the case, or the evidence of her own eyes. Did she really see Melody? And is she prepared to ask herself that question and answer it honestly if it means risking her own life?”

First of all, thank you for reading! I hope you find my books gripping — that’s the main thing a book should be. And you should read Agatha Christie! If you’ve already read her, read her again. She’s a genius.

6. Given a time machine and the ability to go backwards or forwards, what date would you set the clock for and why?

I wouldn’t, because wishing you were in a different time makes you unhappy. It’s much better to be happy with ‘the now’, as all the gurus call it.

7. What was the best piece of advice you were ever given?

Reading a lot is the most valuable thing any writer can do.