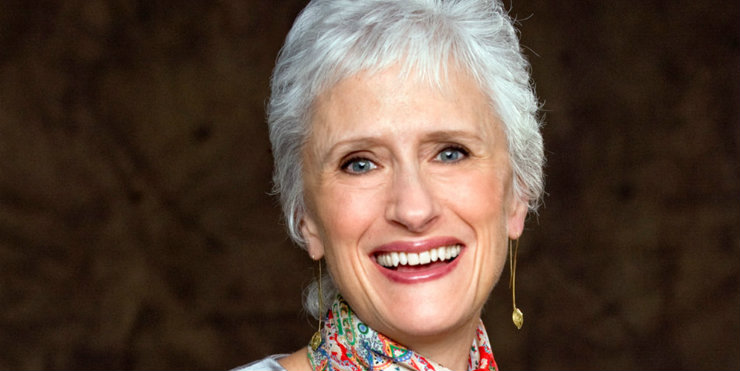 Sara Paretsky introduced gritty, smart investigator V.I. Warshawski in Indemnity Only in 1982, paving the way for Lisbeth Salander and Stephanie Plum. Her novels have been acclaimed by, among others, the New York Times and Publishers Weekly. Paretsky has now published 16 bestselling Warshawski novels, the latest of which is Shell Game.

I read a lot of girls’ stories. I had four brothers and most family activities revolved around boys; I wanted sisters and I wanted stories about girls. I loved the Little House series by Laura Ingalls Wilder, Little Women by Louisa May Alcott — both were about four sisters surviving challenges on the prairie or in Boston.

I read biographies about girls who grew up to significant accomplishments. My school library had a series that included the wildly different Harriet Tubman and Marie Curie.

2. V.I. Warshawski first appeared in 1982 in Indemnity Only. Did you have a feeling that you were breaking new ground when it was published?

When I was writing Indemnity Only and creating V.I. Warshawski, I knew I was trying to upend long-existing stereotypes about women — that we exist only in the body, as vamps or victims or virgins. I wanted a woman with a full, complicated life for whom a sex life was one aspect but not the only and not the defining aspect. If I thought I could change 5,000 years of written history with one book I was proven wrong, but I do think my work has helped make a small change in how women’s lives are perceived.

In the early days of my novels, V.I. was struggling for the right to do work that wasn’t considered women’s sphere. My first book was published at the same time that U.S. police departments were admitting women as full-fledged officers — before, they had been allowed only to work as matrons in women’s prisons or with children. There were massive protests in a number of American cities, including Chicago, by wives of officers who were sure that women would either seduce their husbands or cower in the face of danger and cost them their lives.

Experience proved otherwise, but given that environment, it was natural to expect V.I. would have to establish her right to do the job. No one thinks that any more, and so my detective tackles other kinds of issues.

3. What can your UK readers expect from Shell Game?

In Shell Game, V.I. is plunged into a world of payday loan companies, immigrants terrified of arrest, and a group of archeologists trying to save artefacts from war-torn Syria. She comes up against Russian thugs who have a frightening relationship with a powerful billionaire, and ends up on the run along the U.S-Canadian border in the middle of a brutal winter. Some people live happily ever after, others not so much.

4. Is there anything you can tell us about your latest work in progress?

I’ve just started my next book, but it begins with V.I. spotting one of her mother’s old piano students living under a railway viaduct, madly playing Bach on a child’s plastic piano. I think a man who manages a golf course is about to be murdered nearby, but I won’t know for certain until I’m back from launching Shell Game and have time to think about these people in a concentrated way.

I’m reading Alex Kotlowitz’s new book American Summer, a powerful book about the underlying causes of violence in American cities told through the voices of the many people Alex has lived and worked with.

I’m also reading There, There, by Tommy Orange, a novel set among the Indians who live in Oakland, California. And the wickedly funny crime novels of Judith Flanders — she does such a great send-up of the publishing world that I really relish reading them.

I’m like you — libraries are where I go to read and think and learn. I’m glad you’re there.

I helped pay for my university education by working as a cook in my college dormitory. Our house manager had a menu plan that hovered between disgusting and abominable and my sister cook and I did not improve it. We used to play catch with the frozen Brussels sprouts until enough leaves had fallen off that we couldn’t catch them any longer.