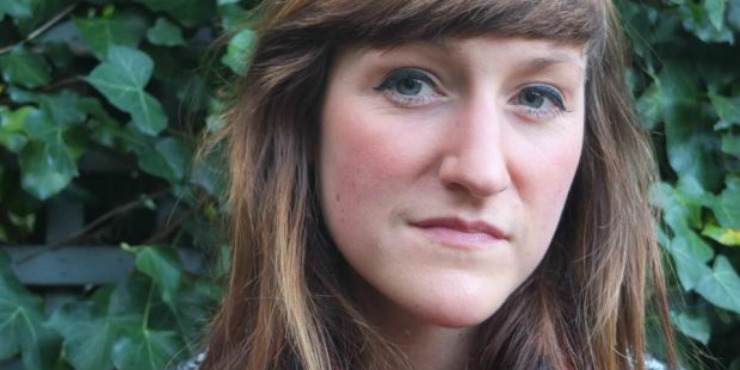 Sara Baume is an Irish writer. Her debut novel Spill Simmer Falter Wither, which is narrated by a lonely 57-year-old man to his misfit of a dog, won the annual Geoffrey Faber Memorial Prize 2015 for fiction. This book is a favourite with Suffolk readers and has recently racked up over 1100 issues which is very rare for a debut novel. Sara’s new novel, A Line Made By Walking, is due out towards the end of February and we are looking forward to reading it.

When I was growing up, I don’t remember ‘YA’ being such a thing as it is nowadays. I started reading my mother and grandmother’s books as soon as I turned 13. Initially, I avoided Irish fiction – as an angsty teen in rural Ireland, I was reading in order to escape.

This was around 1997, the year that The God of Small Things, Arundhati Roy’s first – and only, to date – novel was published and won the Man Booker Prize. Set against the backdrop of Kerala, India’s southern seaside state, it tells the story of fraternal twins and the colourful, complicated family and circumstances which cause them to be separated as mischievous children and reunited as bewildered adults. It was the first experimental novel I’d come across, and I was completely fascinated – not to mention, deeply impressed – by how Roy was able to get away with breaking, so elegantly, many of the rules of grammar and punctuation.

Later on, I read a lot of Americans – Hemingway, Salinger, Steinbeck, Annie Proulx – and now I read plenty of Irish fiction and fiction in translation. I’m a big fan of W.G. Sebald, Dermot Healy, and English writers, of course, like Ali Smith, Zadie Smith, Nicola Barker…

2. Where did you get the idea to write about Ray and his dog?

Early in 2011, I moved to a rural village on the edge of a bay after seven years in Dublin city. I was, at the time, a little bit lost and disillusioned. I adopted a one-eyed rescue dog and together we started to explore the surrounding coastline and countryside. I was spending a lot of time talking to him, as well as taking notes – observations of landscape and nature and descriptions of loneliness. One Eye was always a version of my own dog, but it took a while for the narrator’s voice to become Ray.

3. Will you be writing more short stories?

I’m actually working on a story commission at the moment, and in 2017, now that the second novel is finished, I look forward to shifting focus back onto the short form again.

4. What can your readers expect from A Line Made By Walking?

The novel is named after an influential and important artwork by Richard Long. A Line Made by Walking was an ‘action’ undertaken in 1967 when Long was still a student at St. Martin’s School of Art in London. He caught a train out of the city, and in a field, walked up and down and up and down in a straight line until his footsteps had worn a visible track through the grass, then he documented the site in photographs. This is one of roughly 70 artworks which are described in the novel. Frankie, the narrator, is a young graduate struggling to establish an art practice. At intervals, she impels herself to recall the works she learned about in college, as an attempt to find meaning, and to continue to learn in spite of the fact that her formal education has come to an end. A Line Made by Walking – the artwork – has particular resonance because Frankie understands it to be about searching, about repetition, about what we leave behind.

Just that I’m tremendously grateful for their enthusiasm for my odd little book – and to encourage them to keep reading and keep engaging with the libraries and with literature.

6. What is the best piece of advice you were ever given?

When I was studying for my master’s degree in creative writing, one of my tutors was the author Carlo Gebler and I very clearly remember him telling us that a writer has to know every last detail about every character described – from what they ate for breakfast to who their third-cousin-twice-removed is – even if none of these details are even included in the story.

Before studying creative writing, I went to art school and specialised in sculpture. I experimented a lot, and graduated without any particular skill but a great deal of ideas. I’d always start with a concept and build from there, working around my skill-less-ness by using mostly found materials, everything from eggshells to animal bones, with a general preference for fabric and wood. I often tried to rig my sculptures so that they’d move; I wanted them to tell a story. In college, I always made these really densely detailed notebooks to accompany each finished sculpture and I remember my tutor, an American artist called Paul Gregg, telling me at one point that I should consider fashioning them into a book, which I suppose I did, eventually, though I’m not sure this novel was exactly what he meant!