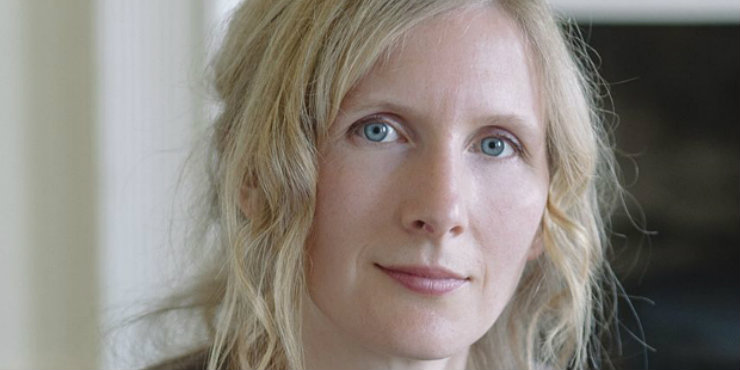 Samantha Harvey is the author of four novels, The Wilderness, All Is Song, Dear Thief and, most recently, The Western Wind, which is one of our most requested titles.

Samantha’s novels have been shortlisted for the Orange Prize for Fiction, the Guardian First Book Award and the James Tait Black Prize, and longlisted for the Man Booker Prize, the Baileys Prize and the Jerwood Fiction Uncovered Prize. She has won the AMI Literature Award and the Betty Trask Prize.

I binge-read when I was a child, but I don’t know if I could call any books from my childhood ‘literary influences’. These came later, in my teens. Siddhartha by Herman Hesse, Milan Kundera, Thomas Hardy, Virginia Woolf, Mary Webb, Graham Greene, Victor Hugo, John Wyndham. Books took my breath away back then with a regularity that’s missing now – though some books do still astonish me. Are they influences? I’m not sure.

Two books strike me - A. S. Byatt’s Still Life and Graham Swift’s Waterland. There was something about them, when I read them in my early 20s, that inspired in me not just admiration but aspiration. I remember thinking, for the first time: I want to try writing. I want to try doing that.

2. The Western Wind is an amazing read. How did you immerse yourself in the 15th century? There must have been a lot of research?

Thank you. There were months of initial research, before I could put pen to paper. I hadn’t intended to set a novel in the 15th century and it caught me unawares - I knew nothing about it. I started with the Usborne Children’s Illustrated Guide to the Middle Ages and progressed from there.

Those first few months were a process of honing in, choosing a time and place and set of circumstances and themes. Once I’d done that, the deeper and more targeted research began, which I did as I was writing, and was a process that continued all the way through the three drafts of the novel.

The relationship between writing and research is a dance, creative in itself. You discover a fact, it opens a door into the fiction, you trace down the facts you now need to know to give texture to the fiction, you work them in, they illuminate a new possibility. There’s no drudgery in research; the difficulty is in knowing when to stop, when to reassure yourself you know enough to make your world hold true.

3. How did the ‘voice’ and character of John Reve come to you?

I begin with characters; I can never address the question of ‘what happens?’ without also establishing ‘who does it happen to?’. The bare bones of the story of The Western Wind came to me at once, on a walk, and with that story arrived John Reve, not only its protagonist but also its narrator, its filter – i.e. the story would be told according to him. There could be no story without him.

He was very vivid to me from the outset – a good man, a man compromised by events and by his anxieties, a man questioning what gives his life worth, and what threatens that worth.

His voice came in the writing. I think it’s a bit like tuning an instrument – you know the pitch you want, it exists in your head, and you write the voice in order to see where it accords with that and where there’s dissonance. Where is it flat? What are the false notes? Where do you hit the note perfectly?

I knew I wanted his tone to be warm and collusive, as if he’s always letting the reader in on private matters - yet guarding something too. He was a pleasure to write. But it doesn’t come at once for me, I have to get my ear in.

4. Is there anything you can tell us about your latest ‘work in progress’?

There is nothing. Is there anything you can tell me about it? I’d be grateful – for the first time in my writing life I am stuck for ideas. Let’s call it a ‘regenerative fallow period’.

Well for a start, thank you for being library users. I’m sitting in a public library writing this and I look around at everybody here, and it seems to me that libraries are a marker of how civilised a society is. They provide free space and resources to people, to anyone who wants to use them, without fear or favour. We may be holding on to them by a thread, but we are holding on, for now.

And thank you so much for being my readers. How amazing it is, to have readers. Sometimes it still seems improbable.

I’m reading Richard Flanagan’s The Narrow Road to the Deep North at the moment. Next is probably a reread of Saramago’s All the Names, a novel I love and have chosen to talk about as part of an interview for a book blog.

Then, Robert Edric’s Gathering the Water, which was recommended to me by the wonderful people at Primrose Hill Books in London. And perhaps Jane Austen’s Emma, which I’ve never read; I’m going through a bout of insomnia which isn’t being soothed by Flanagan’s forensic and brutal accounts of Japanese POW camps, funnily enough. Maybe Emma will be more tranquil company at 4am?

I’ve just made a life-size sculpture of my partner, Rick, out of cement. As you do.