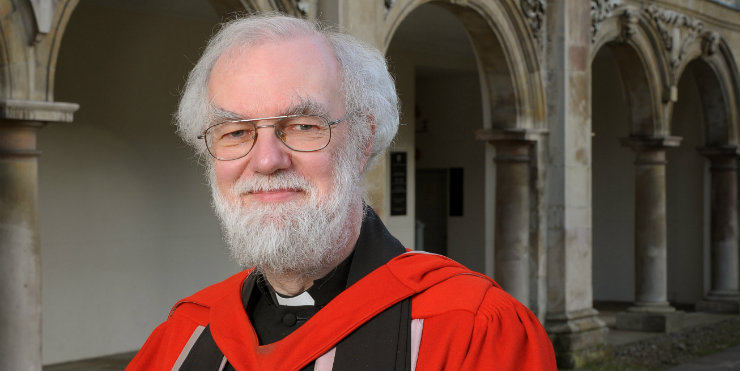 He is also a talented writer and poet. His most recent book is Holy living: the Christian tradition for today.

Literary influences would have to includes Richmal Crompton’s William books and E Nesbitt’s stories. I was also always fascinated by Greek and Scandinavian mythology and that had some impact. Poets I came to love early on included Alfred, Lord Tennyson, Thomas Hardy and Robert Frost.

2. Some readers may not be aware that you are a published poet. When did you start writing poetry?

I started writing poems in secondary school. Most of them were terrible, of course, but you have to practice.

I think I wrote my first serious poems, the ones I don’t blush over too much, when I was between 25 and 27.

I am finishing a long novel by a Norwegian writer, Sigrid Undset (in translation!), Kristin Lavransdatter.

I also want to read George Saunders’ Booker Prize novel, Lincoln in the Bardo, as I very much like his short stories. And I usually have a detective story on the go (I very much like Sophie Hannah).

4. Which books have most influenced your life?

Apart from the Bible and Shakespeare, as they say? Probably the novels of Dostoevsky and William Golding, the poetry of Eliot and Auden. Also a couple of biographies, including Evelyn Waugh’s The Life of the Right Reverend Ronald Knox and Nicholas Mosley’s The Life of Raymond Raynes and a not so well known historical novel, The Man on a Donkey by H. F. M. Prescott. This is a long, brilliant, enormously moving story about the Reformation in Yorkshire.

5. If you had not followed the career path you did, what would you have liked to do?

I think I’d probably have been a teacher in school or university – though I had a couple of moments as a teenager of wanting to be an actor, which fortunately didn’t last too long…

6. What are your memories of Suffolk?

An excursion in a friend’s father’s car when we were students, to visit some of the great Suffolk churches. Also my first visit to the Aldeburgh Festival and a recent holiday in Long Melford.

My daughter is getting married in Suffolk later this year, so I can confidently predict there will be some memories of that!

7. What is the best advice you were ever given?

As a priest, from a very wise nun I once knew: ‘Don’t try to suffer for the sins of the world; it’s been done.’

As a writer, a quote from the great American writer, Annie Dillard: ‘X-ray your work for a hairline fracture, find it and think about it for a week or a year; solve the insoluble problem.’