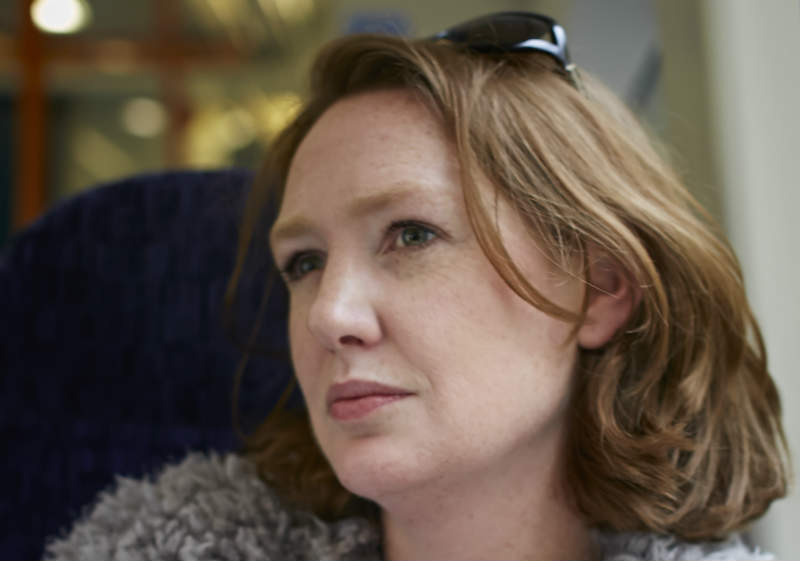 Paula Hawkins worked as a journalist for fifteen years before turning her hand to fiction. Around 2009 she began to write romantic comedy fiction under the name Amy Silver, writing four novels including Confessions of a Reluctant Recessionista.

She didn’t achieve commercial breakthrough until she challenged herself to write a darker, more serious story. In 2015 she completed a novel called The Girl on the Train. It became a publishing phenomenon topping the New York Times bestseller list and holding the top spot in the UK hardback charts for 30 weeks, the longest ever. It has sold over 1.5 million copies worldwide. Here in Suffolk Libraries it has never stopped issuing and we still have a waiting list for it now.

In October The Girl on the Train will be released as a Hollywood movie starring Emily Blunt.

I was not a particularly highbrow child: I loved Enid Blyton, Roald Dahl and CS Lewis. As a teenager, I fell for the mysteries of Agatha Christie, who instilled in me a love of twisting plots.

Although I enjoyed writing the Amy Silver novels, I never felt completely comfortable in the genre; I found myself dwelling more and more on the tragic elements to the stories; I craved a bit of mystery. So when the fourth book did very badly, it was clear that I needed to try something different.

Where did the idea for The Girl on the Train come from?

There were two parts to it: first, the character of Rachel, this rather sad and lonely woman desperate to make a connection and to rediscover her old self; and second, the commute. I spent years commuting to and from various bits of London and I always loved looking into the houses I passed, wondering about the lives of the people who lived there, wondering what I would do if I witnessed something shocking.

When you were writing it did you ever think I might be onto something here?

I knew that Rachel’s voice was strong, and I certainly knew it had potential – but I find it very difficult to judge my own work. I tend to veer between wild excitement and complete despair…

I’m much better suited to the life of a novelist: I enjoy the solitude (most of the time), and I’m far better at making things up than at extracting the truth from people. I do miss the buzz of the newsroom though, particularly when the news is as interesting (or indeed shocking) as it has been lately.

I’m writing another thriller, this one set in a fictional town in the north of England. It centres on a fractured relationship between sisters, so again it has a strong focus on women’s relationships with each other. It also examines the reliability of memory in a rather different context to the one in The Girl on the Train. In this book, I am interested in examining our memories from childhood, those stories we tell about ourselves and our families which go to form part of our identities.

Do you have a message for your readers in Suffolk Libraries

Thanks very much for reading The Girl on the Train, I do hope that at least some of you have enjoyed it!