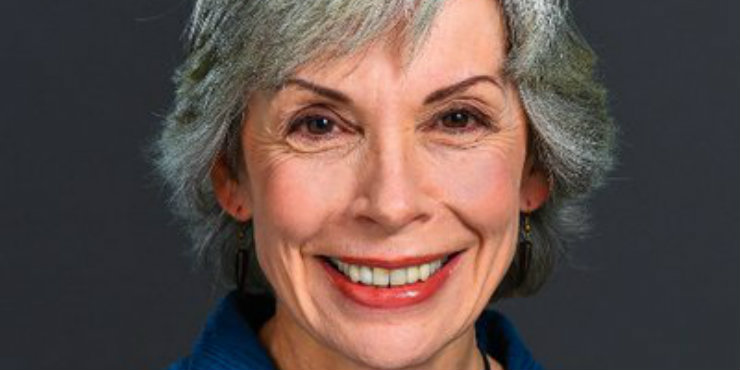 Michelle Paver is a bestselling novelist and children’s writer, known for the Chronicles of Ancient Darkness series, set in pre-agricultural Stone Age Europe. The conclusion to the series, Ghost Hunter, won the Guardian Children’s Fiction Prize in 2010.

Her books for adults include Dark Matter, Thin Air and her new title, Wakenhyrst, which will be of special interest to local readers as it is a gothic novel set in Edwardian Suffolk.

When I was five, my father gave me a beautiful book called Once Long Ago, by Roger Lancelyn Green. It’s full of myths and fairytales from all around the world: Greenland, Polynesia, Africa, to name just a few. I adored it and it kindled a lifelong love of myths. It also helped inspire my Stone Age children’s series which began with Wolf Brother.

2. Your new book, Wakenhyrst, is set in Edwardian Suffolk. What made you choose Suffolk as a location?

For years I’d been interested in the history and folklore of the Fens as a marvellously atmospheric setting for a gothic story, but what really sparked the story was reading about the Wenhaston Doom. As readers may know, this is a medieval Last Judgement which was whitewashed by the Puritans. For 300 years it hung forgotten in the church at Wenhaston, until the Victorians chucked it out, thinking it was just some grubby old planks. Luckily, before they could burn it, a rainstorm rinsed off some of the whitewash and a sharp-eyed parish clerk spotted patches of colour…

This helped inspire Wakenhyrst, and it sent me off on some very enjoyable research trips to Suffolk. I not only went to see the Doom, but dived into every medieval church I could find, and squelched through marshes at all times of the day and night.

3. Wakenhyrst has a very gothic feel. Did you plan to write a gothic novel, or did the story of Maud and her father lead you that way?

I was keen to write something gothic, but as I got to know my heroine, Maud, and her father, they definitely led me to places I hadn’t envisaged. Maud is a lonely Edwardian girl growing up in an isolated manor house in the Fens, her life dominated by her repressive, ultra-religious father. When he finds a Doom in his local churchyard, the sight of its painted devils awakens his long-buried guilt. It’s for the reader to decide whether what happens next is due to his mental unravelling, or whether there really is something out there in the fen…

4. Dark Matter is one of your books that we frequently get asked for. What was that like to write?

It was the hardest thing I’d ever written! To write a full-length ghost story you need to feed the reader just enough information to keep them reading and avoid frustration, while not saying too much. I believe that suggestion is much more powerful than in-your-face horror: I prefer creeping unease and dread. All this was quite a tall order for Dark Matter, and the Arctic setting was an added challenge.

But the research - to Svalbard in both winter and summer - was huge fun, and it gave me lots of great ideas. I did have a few disturbed nights, though. I think I identified with my hero, Jack, a bit too much.

I’ve just bought The Incurable Romantic and other unsettling revelations by Frank Tallis, a psychotherapist who looks at the psychology and biology that underlies romance and emotional attachment. It’s based on case histories, and it looks fascinating.

It has to be Once Long Ago, which I still dip into. It really opened my eyes to the fact that people of all cultures tell amazing stories to help explain their experiences (although obviously I didn’t think like that aged 5!).

The same year that my father gave it to me, I bashed out my first story on my mum’s typewriter. It was called ‘Ebany the Mouse Goddess’. I think that says a lot.

7. Do you have a message for your many readers in Suffolk libraries?

You are so lucky to live in Suffolk. I’m not trying to flatter you, or to romanticise your county. I mean it. I live near Wimbledon Common, which is lovely; but when I need a break, I escape to Suffolk. Vast skies, gorgeous, haunted landscapes, so many gorgeous medieval churches to explore; not to mention excellent eating and sleeping in the most amazing, historic, friendly pubs. I love it and I envy you for living there.

I love scarlet macaws. I just think they’re the most beautiful, imposing birds. I have a print of one in my bedroom and a 3-foot wooden one which I brought all the way from Peru. It’s one of my most treasured possessions.