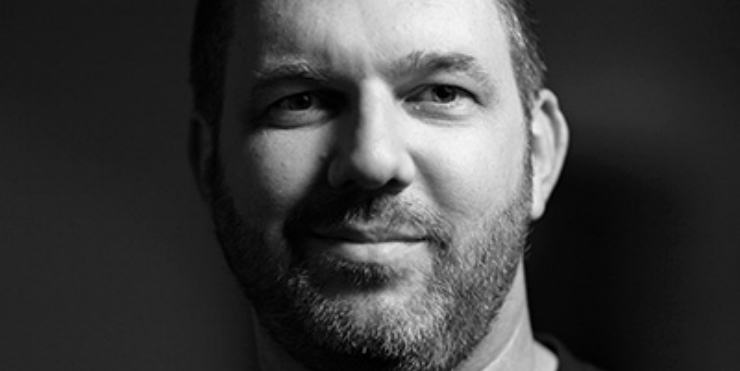 Matthew Harffy lived in Northumberland as a child and the area had a great impact on him. The rugged terrain, ruined castles and rocky coastline made it easy to imagine the past. Decades later, a documentary about Northumbria’s Golden Age sowed the kernel of an idea for a series of historical fiction novels.

The first of these is the action-packed tale of vengeance and coming of age, The Serpent Sword. This well-written, highly engaging tale is set in England between the Romans’ leaving Britain and the arrival of the Vikings. The story follows young Beobrand, who seeks to find his place in a world full of chaos and conflict. The Serpent Sword and the other titles in Harffy’s Bernicia Chronicles series are available via our OverDrive eBook platform

When I was growing up I was a big fan of fantasy literature. I’ve always loved Tolkien, but he can be a little dry with all the songs and poetry! Perhaps the two novels which had the most influence on me as a teenager were Legend by David Gemmell and Mythago Wood by Robert Holdstock.

Legend tells the tale of the defence of a great fortress against overwhelming odds. The defenders are led by Druss, an ageing master axeman and a famous hero of his people. It is a fabulous epic, full of adventure, intrigue, love, sacrifice and humour.

Mythago Wood is a strange, wondrous story set in the years after the Second World War. The protagonist, Stephen Huxley, returns to the family home to visit his elder brother. Their house is on the edge of Ryhope Wood, a dense stretch of primaeval forest. Soon after his arrival, Stephen begins to imagine things, ghosts barely glimpsed out the corner of his vision. It doesn’t take long before he realises that the forest has a strange grip on the house, his brother, and him. And perhaps in its dank, overgrown, bramble-tangled depths, the ancient woodland will give up their dead father’s secrets.

Sadly, neither author is with us any longer, but of course, their amazing creations live on.

2. Where did your inspiration for Beobrand come from? Was he based on a real life character?

I don’t really know where the inspiration for Beobrand came from. Recently, I listened to the audiobook of The Serpent Sword and was surprised to realise there are moments in Beobrand’s tale that I could clearly see now were drawn from my own past experiences. I had never thought that the stories were at all autobiographical until that moment.

I think in part, Beobrand is who I would like to be. Someone able to physically stand up for himself and in defence of those weaker than him.

3. How do you go about researching a story set in a period like the Dark Ages that is not as well documented as some others? As a writer is this a help or a hindrance?

I read a lot of books about all kinds of aspects of the period, from weaponry and warfare, to farming techniques, clothing, religion, building, fauna and flora of Britain. But the two main sources I return to repeatedly are the Venerable Bede’s History of the English Church and People and The Anglo-Saxon Chronicle. From those two sources I find historic events of interest that I can use as the key scenes of a novel and then I flesh out the storyline around Beobrand and his friends and family.

It is not so much the lack of documented evidence from the period that is useful to me, but more the fact that most readers will not know a huge amount about seventh century Britain. It means that whilst I attempt to remain truthful to the history, I can use poetic license without the majority of readers noticing! Of course, I always mention where I have intentionally deviated from known facts in the historical note at the end of each novel.

4. How would you encourage someone who does not usually read historical fiction to pick up your book?

I would say that The Serpent Sword is a fast-paced action adventure, with strong, well-wrought characters who readers really care for. Although the book is set in a historical context, my mantra when writing is ‘story over history, authenticity over accuracy’. My novels are all about telling a great story, not giving a history lesson.

5. Do you ever read any other authors in your genre?

I read lots of other authors in the same genre. It’s important to keep up with the competition! In all seriousness though, I enjoy reading historical fiction. I would recommend the books of Bernard Cornwell, Conn Iggulden, Giles Kristian, Justin Hill, Angus Donald, Toby Clements, Ben Kane, Christian Cameron and many more.

At the moment I am editing Warrior of Woden, the fifth novel in the Bernicia Chronicles. By this point in the series Beobrand is a warrior of renown with his own warband and land. And with more power, the stakes of each adventure are higher.

First, I would like to say thank you for giving The Serpent Sword a chance and I hope you are enticed to continue with the series of the Bernicia Chronicles. If you do continue to read my books, you will find that Beobrand travels to Suffolk in later stories, so you might be able to visit some of the sites mentioned without needing to travel too far afield.

8. If you hadn’t become a writer what would you have liked to do?

If I hadn’t become a writer, I would have liked to have been a successful singer. Until recently I sang in a rock band and it was always my dream to make a proper go of music as a career.

In fact, only a few months ago I recorded the vocals on a track inspired by The Serpent Sword and written by my ex-bandmate Roger Marsh. You can hear the song, Sail On, which is performed by Roger’s current band, Purple Fish, on my Soundcloud page.