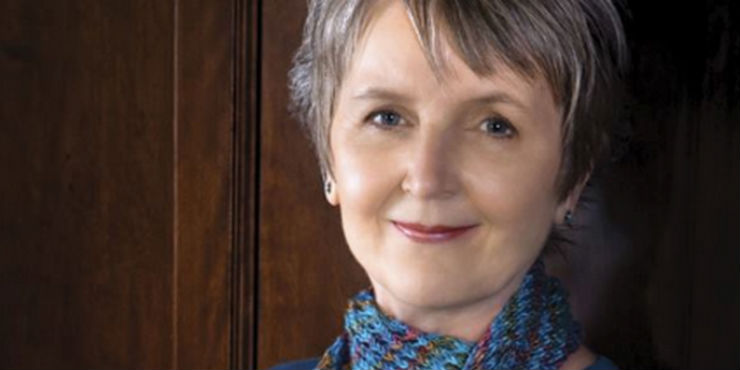 Mary began her writing career in 1983, when she wrote her first novel, A Masked Deception, in the evenings at her kitchen table. A Masked Deception was accepted by Signet and published in 1985. Mary won the Romantic Times Award for best new Regency writer that year.

She is the author of more than 60 published novels and over 30 novellas and has met with critical success. She has received numerous awards, including a Romantic Times Career Achievement Award for Regency Short Stories in 1993 and has appeared on the New York Times best-seller list. Her books are very popular in Suffolk and are eagerly awaited by her readers.

What is it about the Regency period in particular that attracts you as a writer?

That’s hard to answer. I have always loved Jane Austen, of course, and other writers of the era, like Scott and Wordsworth and Blake. There was a certain energy about that brief nine-year period that made it quite distinct from the Georgian era before it and the Victoria era after it. Even the fashions, for both men and women, were unparalleled—quite gorgeous, in fact, and very sexy. I think it was only when I discovered the books of Georgette Heyer, however, that I felt what I can only describe as nostalgia, the strong feeling that somehow I belonged to that age, as though I must have lived happily there in a former lifetime. It certainly seemed the perfect setting for romance.

Your books are very popular here in Suffolk. Do you have a message for your readers?

I am always amazed and humbled to know that my books are read and enjoyed, and not just in Canada and the U.S., but all over the world, including my precious native land of Britain. I can look at sales figures and see that it is true, but just one message from a reader or, in this case, a group of readers, gives those numbers a human face. I can’t imagine a more blessed life than being able to sit at home giving free rein to my imagination while knowing that I can share with others and maybe brighten their day and touch their hearts. I am grateful to every one of your readers in Suffolk.

When you write are you a planner or do you get ideas of where to take the story as you write it?

I am not much of a planner. I sometimes wish I were. Writing would be so much easier if I knew exactly where a story was going. However, for me the story itself is unimportant. It is the characters and the development of a love relationship that matter, and I can’t know characters until I get them going. I may know a lot about them before I start, but I don’t know what they will think or say or do as they interact with other characters and encounter changing circumstances. It is a slow, painstaking process. I do a great deal of re-reading and revising as I move forward and get to know the characters better. Most characters, like most people, are not always what they seem at first encounter, and none are simple creations to be summed up with a list of labels. I think of the progress of a story rather like the progress of life with all its uncertainties and unpredictability and constant and myriad decisions, great and small. It is an uncomfortable way to write, but it is also challenging and exhilarating, and I probably would not still be writing if it were any less so!

Do you get much time for leisure reading? Who is on your reading list?

Yes, reading is my favorite hobby and I do a lot of it. I don’t read much romance, primarily because it is too much like what I do as a job and I want something quite different for my leisure hours. Also I have always been terrified of unconsciously plagiarising. I do, however, often reread Georgette Heyer. She is incomparable and I always vastly enjoy her books no matter how many times I have read them before. I read mostly fiction, but within that large category, I read widely. Perhaps more than anything else I read mysteries. I don’t like too much violence. I enjoy police (or private eye) procedurals and courtroom drama. I love Donna Leon, Louise Penny, Paul Levine, Sue Grafton, P. D. James, Patricia Wentworth… The list could go on and on.

Yes. For readers the Survivors’ Club series is only just finishing with the publication of the seventh book, Only Beloved. For me, though, that book was finished a year ago and I am already well into another series—the Westcott Family series of eight books. Someone to Love (due out in November 2016) introduces the family and the opening situation. The Earl of Riverdale has just died, leaving behind a widow, a son, and two daughters. There is no will, but that seems unimportant until after the countess has sent her son’s solicitor in search of the illegitimate daughter her husband had kept at an orphanage in Bath so that she could be settled with and never be able to bother the new earl. The discovery the solicitor makes and discloses at a gathering of the whole family will change all their lives forever (and give rise to stories for eight of them!).

I don’t think there is a single answer to this. I suppose as a generalization I would say that it is a day that brings comfort and contentment and no bad news from beginning to end. If my writing goes well for a morning and I can have the rest of the day for pottering and reading, either in the warmth of the indoors while snow sifts down outside if it is winter or outside on our screen deck (we live in a part of Canada infested with mosquitoes) soaking up sunshine and heat if it is summer, then I am happy. Of course, a day on the beach in somewhere like Jamaica, sounds pretty perfect too. Or, perhaps best of all, a day let loose in Bath, my favourite place in the world, revisiting the Pump Room, the Assembly Rooms, the Circus, the Royal Crescent, Great Pulteney Street, and so on.

Reserve books by Mary Balogh from our libraries.