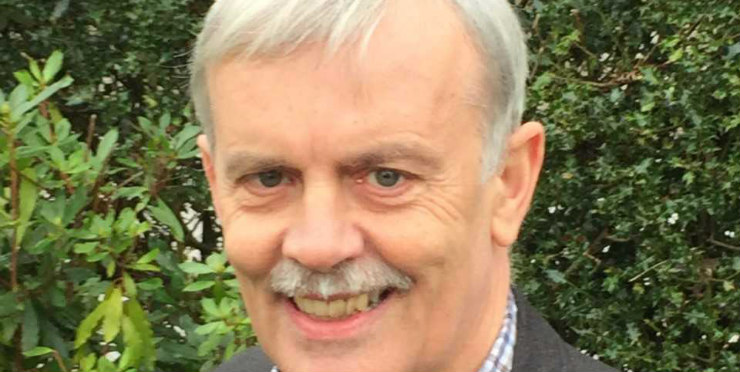 Martin Edwards has earned distinction in every area of the crime fiction field, according to Ellery Queen’s Mystery Magazine. He is the author of the Harry Devlin series of books, the most recent being Waterloo Sunset He has also written seven books featuring Detective Chief Inspector Hannah Scarlett and historian Daniel Kind, of which the most recent is The Dungeon House. Several books in these series have been nominated for awards.

In 2008, Martin was elected to membership of The Detection Club and in 2011 he was appointed its first archivist. In 2015 he became the eighth president of the Club, succeeding Simon Brett. He is the only person to have held the offices of President of the Detection Club and Chair of the CWA at the same time. Most recently he has been re-discovering lost crime classics for the hugely popular British Library Crime Classics series. His latest publication, The History of Classic Crime in 100 Books, serves as a companion to these.

As a young boy, I graduated from Enid Blyton via Captain W. E. Johns to Agatha Christie, whom I discovered at the age of eight. Conan Doyle’s Sherlock Holmes stories were also very important to me, as were some of his other stories – especially his tales of the macabre.

2. How did the British Library Crime Classics series originate?

The BL published a handful of Victorian crime novels with modest success, and then three Golden Age books by the little known Mavis Doriel Hay. They then hit on the idea of using retro railway poster artwork for covers, and of publishing books with titles which lent themselves to such designs. Hence The Cornish Coast Murder and The Lake District Murder by John Bude, two books which I was asked to write introductions for, and which sold very well (not, to be honest, because of my intros!) The series has grown in popularity ever since – long may it continue!

3. Do you have a favourite ‘find’ and do you think there are other ‘lost’ classics to be discovered?

My favourite in the series to date has to be Anthony Berkeley’s The Poisoned Chocolates Case. First because it’s a brilliantly ingenious story, much admired by Christie, Sayers and other good judges. Second, because the BL commissioned me to write a fresh solution to the mystery, which was wonderfully enjoyable to do.

There are plenty of lost classics yet to be reissued, including books by the likes of Richard Hull and Bruce Hamilton, two authors who were much influenced by Francis Iles (the alter ego of Anthony Berkeley).

4. Your latest book, The Story of Classic Crime in 100 Books, aims to share some neglected classics with a wider audience. What would be a good starting point for someone wanting to try some new classic authors?

The book is a companion to the series. It’s much more than a mere list. I’ve tried to tell a story about the way the genre developed in the first half of the last century. The chapters are themed, and given that different readers have different tastes, I hope that they will find that one theme or another appeals to them, and they can pick one of the books discussed that seems to suit them.

I think that readers like to make new discoveries, and this book mentions in total about 700 books, so offers plenty of clues, whatever type of classic crime fiction you favour.

5. As President of the Detection Club, can you confirm or deny that Agatha Christie was nearly thrown out because she regularly broke their rules of fair play in writing, particularly in The Murder of Roger Ackroyd?

It’s a myth. Completely untrue. Christie was very popular with her colleagues in the Club, and she felt a great affection for it. She even toyed with the idea of writing a novel set in the Club. The likes of Berkeley, who founded the Club, and Sayers much admired The Murder of Roger Ackroyd, and her unassuming personality meant that despite her great success, she was not the subject of jealousy on the part of her peers.

When Sayers died, Christie was elected President in her place, and despite her extreme shyness (which meant that she delegated speech-making to others!) she remained a very popular figure until her own death.

6. Crime writing nowadays is probably broader than ever. As you look at contemporary writers, do you see any links to the ‘Golden Age’?

Yes, a great many links, not all of them obvious. To take but one example, Sophie Hannah has written two Poirot continuation novels, and Stella Duffy is completing an unfinished Ngaio Marsh novel. Val McDermid is, like me, a big fan of Christie. J K Rowling, who writes crime as Robert Galbraith, is a fan of Sayers, and her own detective has something in common with Lord Peter Wimsey. And present day Detection Club members wrote a ‘round robin’ homage to the Club’s 1931 collaborative novel, The Floating Admiral. We called our book The Sinking Admiral, and we had a great deal of fun with it. I could go on, but you get the picture…

On a personal level, I’m truly grateful for your interest in my novels and non-fiction. Reader enthusiasm is what makes an author’s life worthwhile.

On a wider theme, I am strongly committed to the library service, and in my role as Chair of the Crime Writers’ Association, I’ve just appointed our first Libraries Champion to build relations between authors, libraries, and library users. The more we collaborate together, the greater the benefits for all of us – and (very importantly) for our local communities, whether in Suffolk or anywhere else.