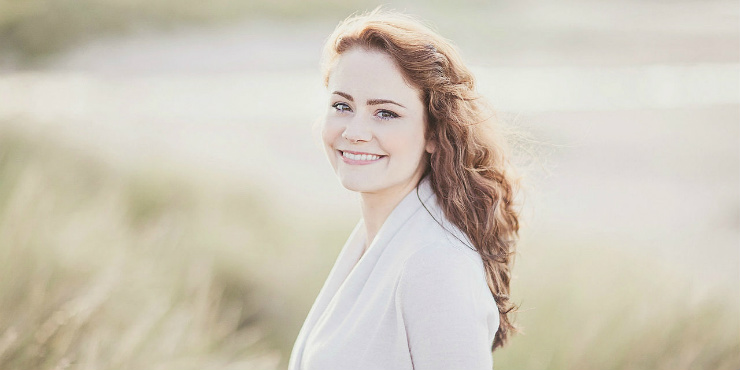 LJ Ross - the pen name of Louise Ross - is the bestselling author of the DCI Ryan series of suspense thrillers. Her debut novel Holy Island, was released in January 2015. By May, it had reached number one in the Amazon UK chart.

Its sequel, Sycamore Gap, released in September 2015 was also a UK bestseller. Louise’s sixth novel Cragside reached number one on the Amazon UK chart and she is reported to have sold over 1,000,000 copies. It is currently only available on Kindle, but we hope it will be available in a borrowable format in the future!

I’ve always been a voracious reader and so you might say all the writers I’ve enjoyed since childhood have influenced me in some way or another, for different reasons. However, as a crime writer, I don’t think you can beat Sir Arthur Conan Doyle for sheer longevity, clarity of writing and thought.

I don’t really have an all-time favourite book but the books I have read more than once include M. M. Kaye’s The Far Pavilions, Daphne du Maurier’s Rebecca and anything by Jim Thompson.

2. When did you first discover you had a talent for writing?

I published the first book in my DCI Ryan series, Holy Island, on 1 January 2015 using the Amazon Kindle Direct Publishing platform. The KDP platform allows authors to see their sales in real time, so it was exciting to see around 25 sales on release day. I was grateful that most of my family and friends must have bought a copy and didn’t expect many more!

However, over the next few weeks, the sales gradually increased until the book eventually made it to #1 on the Amazon UK chart in May 2015, knocking The Girl on the Train off the top spot! It was around this time I first appreciated that a good number of people enjoy reading my stories just as much as I enjoy writing them.

3. You took an unusual route into publishing by rejecting offers from agents and publishers in favour of Amazon. How do you look back on that decision now with hindsight?

It has turned out to be a fantastic decision to publish my book directly on Amazon. The DCI Ryan Mysteries cross over into a lot of different genres – crime, thriller, romance, adventure etc. It would be difficult for a traditional publisher to know which shelf in a bookstore to put them on, but that problem doesn’t arise on Amazon because it has unlimited virtual shelf space.

Publishing my books independently also means that, without sacrificing any quality standards, I’ve been able to release eight books since January 2015, with book nine, The Hermitage due for release on 20 October 2018. I’m not aware of any traditional publisher that would have been able to accommodate that release schedule without significant delays.

4. For someone who may not have read one of your books, how would you describe the world of DCI Ryan?

DCI Ryan is the main protagonist in my series of Northumbrian murder mysteries. Having heard from so many readers, it seems that people relate to different parts of his character but, for me, he was written to be a strategic leader, capable of looking at a difficult situation with detachment and always acting according to his conscience.

In other words, he is entirely incorruptible, but in each new book he is presented with a new moral dilemma or scenario which tests the bounds of his own principles.

He is what I would call an intuitive detective, who relies on behavioural training to read a suspect and what their body language is saying, rather than just the words that come out of their mouths, then he plans a logical approach to support his theories. He’s very loyal, has a dry sense of humour and he ain’t bad looking, either!

5. Is there anything you can tell us about your latest work in progress?

The Hermitage, book nine of the DCI Ryan Mysteries, is due for eBook and paperback release on 20 October 2018, with the audiobook release date shortly afterwards:

“When an old man is found dead inside the ancient hermitage at Warkworth Castle, Northumbria CID are called in to investigate. With no apparent motive, it’s their job to unravel why he was murdered – and this time they’re forced to do it without their star detective…

“DCI Ryan is thousands of miles away. He’s tracked a killer across Europe and has sworn not to return until he has his man in custody. Nathan Armstrong is a dangerous psychopath but there’s just one problem – he’s also an international celebrity; a world-famous thriller writer with money and connections.

“Ryan is a stranger in a foreign land, but he knows one thing – he’ll never give up.”

Thank you so much for your support of my books – it means so much to me as a writer to hear from readers who have enjoyed reading my stories.

Thank you also for your support of Suffolk libraries – the library service is so important to local communities but there is a risk that if people stop using these valuable resources on our doorsteps, they will be lost to future generations.

I can dance a mean Argentinian Tango – but I haven’t had a call from Strictly just yet!