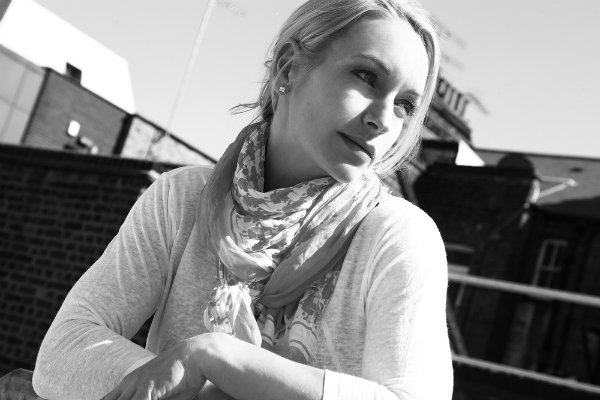 Lisa Hilton is a British librettist and writer of history books, historical fiction, articles for magazines and newspapers including Vogue and The Sunday Telegraph, and as L.S.Hilton, psychological thriller Maestra, published in 2016. Maestra has been described as “the most shocking thriller of the year”. Sony Pictures acquired the novel’s film rights prior to publication. You can find Maestra and Lisa’s earlier books in the Suffolk Libraries catalogue.

I was such a voracious reader that it’s difficult to choose. If I had to pick two writers who just enchant with their powers of language, who make you see what miracles words can make, it would be John Donne and Evelyn Waugh - but I’d never dare to think of either as an influence.

2. A lot of Suffolk readers will know you as the author of Wolves in Winter, set in Italy in the 15th century. At what point did you change tack to become the author of “the most shocking thriller of the year”?

It wasn’t a deliberate strategy - I was finishing a historical biography (Elizabeth: Renaissance Prince) and I wrote a novel that I liked, for myself. My agent hated it, my publisher hated it, and somehow that made me bloody minded. I tried to find a publisher for a long time, but when I did, I didn’t think anything much would come of it - I was just delighted to have my funny book out. And then it rather snowballed…

3. I hesitate to ask this but were any aspects of Judith Rashleigh based on anyone you know?

4. Were you an admirer of Artemisia Gentileschi before you started the book and did it take a long time to do the research on the art world?

I had studied Gentileschi in Florence on an art history course; she’d been in my head a long time. I had to do more research on how the art world is working right now, make sure that my information wasn’t out of date - I was really glad when a few people who work at auction houses said I’d got it just right.

I’ve just submitted volume two of the Maestra trilogy, Domina, for publication in spring 2017, and then I’ll be completing the third. I’ve just written an essay on Cagnacci for a show at the Frick in New York, which was a very nice change of rhythm, and I’m thinking about a new non-fiction.

I had a Saturday job as a library assistant and was obviously always in trouble for reading when I should have been shelving. I am a passionate advocate of libraries, and the contribution they make to communities. Feel proud of your library, and proud of yourself for using it!

7. Can you tell us one thing about yourself that none of your readers would know?