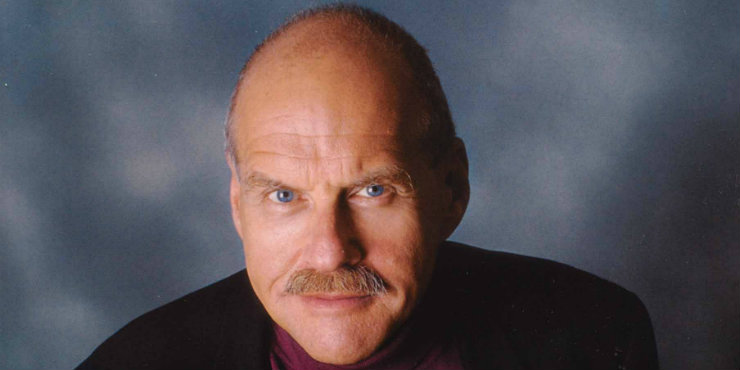 Lawrence Block is a legendary American crime writer best known for two long-running New York–set series about the recovering alcoholic P.I. Matthew Scudder and the gentleman burglar Bernie Rhodenbarr. He was named a Grand Master by the Mystery Writers of America in 1994 and is the author of more than 150 books under several pseudonyms.

When I began writing, I read no end of crime fiction, and especially admired Fredric Brown, Evan Hunter, Rex Stout, and, oh, too many to mention.

2. What is your writing routine?

I don’t know that I have one. Over the years I’ve tended to go off somewhere — a writers’ colony, a rented apartment — and focus entirely on the writing. I’ve also written much of my work at home. Nowadays I write little, and infrequently.

3. Where did the character of Matt Scudder come from and what made you decide to keep revisiting him over the years?

An agent suggested I develop a series featuring a tough NYC cop. It didn’t take me long to realize that I’m more comfortable with an outsider’s perspective, so I made him an ex-cop.

I’ve been able to stay so long with Scudder (and have in fact just completed a new novella, A Time to Scatter Stones, 40+ years after his debut in The Sins of the Fathers) because I’ve allowed him to change and grow over time. Typically, fictional detectives never changed much, and rarely aged, but I saw early on that the level of realism in the books demanded that Scudder be altered as a result of the experiences he undergoes.

I also elected to have the man age in real time. That’s worked out well for the character — but I’ve followed his example and aged in real time myself, and that is something I really do not recommend.

4. If you could re-write anyone else’s book in your own style which would you choose?

Not something to which I’ve ever aspired, but it’s an interesting question. Perhaps the Book of Job.

5. If someone read this and thought ‘I’d like to read some of his books’, where would be a good starting point for the new reader?

Probably the first volumes of each of my three major series: The Sins of the Fathers (Matthew Scudder), Burglars Can’t be Choosers (Bernie Rhodenbarr), Hit Man (Keller).

Only that I hope you continue to enjoy them. I could add something saccharine about how important each and every one of you is to me, and how the writer is nothing without the reader, and — oh, that’s all rot, isn’t it? I’m having a good time, and hope you are as well.

My wife is the most beautiful woman in the world.