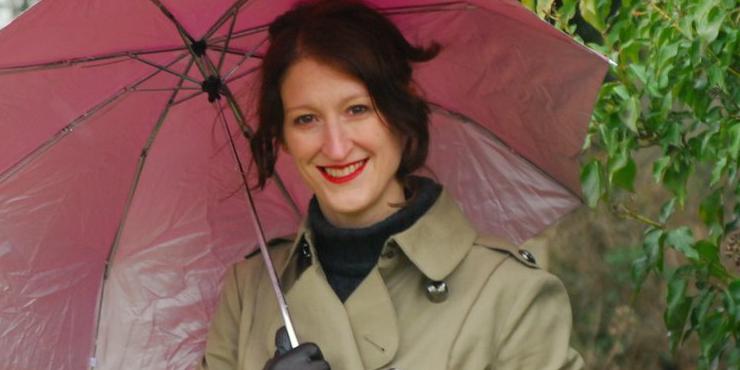 Julie Cohen grew up in Maine and studied English at Brown University, Cambridge University and the University of Reading. Her award-winning novels have sold over a million copies worldwide, and she has twice been selected for the Richard and Judy Book Club in the UK.

Julie runs an oversubscribed literary consultancy which has helped many writers go on to be published. She is a Vice President of the Romantic Novelists’ Association, founder of the RNA Rainbow Chapter, and a Patron of literacy charity ABC To Read.

Her bestselling novel Together has been translated into eleven languages and optioned for television adaptation; The Two Lives of Louis and Louise was long-listed for the Polari Prize and has been optioned by Enderby Entertainment as a feature film. Her first historical novel, Spirited, will be published in July 2020. She lives in Berkshire with her family and a terrier of dubious origin.

1. Who were your literary heroes as you were growing up and what was your first experience of using a library in Rumford?

The writer who made me want to be an author is Ursula K LeGuin. I read the Earthsea trilogy (as it was then—now there are more books) and I fell in love with her language and how she had created an entire perfect world. I’m rereading those books right now and they’re just as magical and compassionate as they were the first time I read them.

My house was up the hill from the Rumford Public Library and my parents took me to the Children’s Room there when I was a very young child to get my first library card. I visited at least every two weeks and I can still tell you my old library card number. It was full of wonderful books but also there was always music playing there, there were colourful toys and a children’s theatre ran out of the library too, which I used to act in. When I was a teenager I got a job there as a library page — my dream job! I always told myself that if I ever had a book published I would make sure a copy was on the shelves of the Rumford Public Library. I now have quite a few on those shelves.

2. A lot of people will remember your book Together which was a sweeping love story told over many years. How did the characters Emily and Robbie come to you?

Robbie, the good-natured recovering alcoholic boatbuilder, came to me first. Emily, the quiet, responsible doctor, took a little longer to make herself known. Some characters are just louder than others. I love them both very much but they are also deeply flawed people. I’ve had great conversations with readers about how they think Emily and Robbie could have avoided their fate, or what they should have done in their situation, but in my eyes, both Emily and Robbie acted according to their convictions and their characters. I tried to infuse the story with a sense of destiny.

3. Your latest book Spirited is due out in July. Can you give Suffolk readers a flavour of what to expect?

Spirited is my first historical novel—set in 1858. It’s the story of Viola Worth, unhappily married to her childhood sweetheart Jonah, who discovers that she has an unexpected (and unwanted) talent of photographing ghosts. She’s thrown into the company of a charming and devious spirit medium, Henriette Blackthorne, and a powerful attraction between the two women draws them together. Meanwhile, Jonah is harbouring his own secrets from his past in Delhi, where he befriended a young Indian mathematician called Pavan. It’s about gender, sexuality, death and freedom, and like all historical novels, it’s really about right now.

4. What is your writing routine and how has the enforced lockdown affected it?

The lockdown hasn’t affected my writing routine very much, except that I have to interrupt my writing to help my son with his schoolwork. Most days I write in the mornings from about ten to twelve, when I take a break for yoga and lunch. Then I have another afternoon writing session, until about three, when I take the dog for a walk. I try to write at least 1000 words a day when I’m actively writing. I feel very lucky that I have a job that I can easily do from home and that I’d already established routines to help me do so. Sadly though, a lot of my events and teaching have been cancelled.

Girl, Woman, Other by Bernardine Evaristo, It’s Not About the Burqa edited by Mariam Kahn, The Talk of Pram Town by Joanna Nadin (to be published next year), Catch and Kill by Ronan Farrow. Those are just the four on the top of the pile!

6. You are patron to the charity ABC to Read. Can you tell us something about their work?

ABC to Read send volunteers into Berkshire schools to help children with literacy. One of their guiding principles is that reading should be fun, so they use a variety of approaches including games and creative storytelling. They have a staggering success rate, with 98% of children who have participated recording an improved attitude towards reading and greater self-confidence. During the lockdown they’re providing online storytelling, resources and hints and tips about literacy via their Twitter feed

7. Do you have a message for your Suffolk readers?

Please stay safe and keep reading! Libraries are doing such a wonderful job reaching out to readers and books and stories are more important than ever.

Despite not knowing how to draw, for the past five years I’ve been the official cartoonist for the Sherlock Holmes Journal.