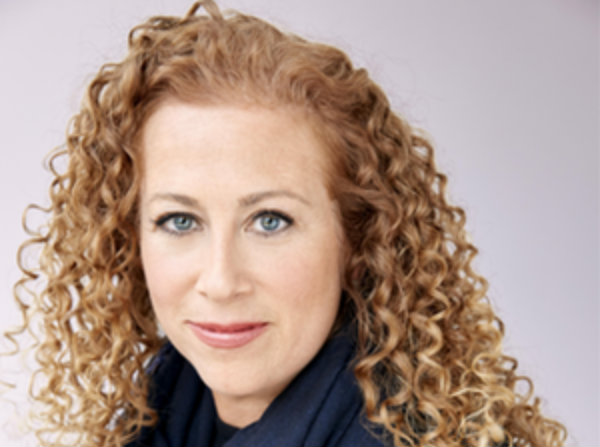 Jodi Picoult is well-known for her emotionally charged, heart wrenching stories. She has published 23 novels since 1992, including two Young Adult books, Between The Lines and Off The Page, which she co-authored with her daughter, Samantha van Leer. She has also written five issues of the Wonder Woman comic, and her books have been published in 34 languages in 35 countries. Her latest novel, Great Small Things will be released in the UK on 22 November. Her bestselling novel My Sister’s Keeper was made into a film in 2009.

I adored Margaret Mitchell’s Gone With the Wind because I suddenly realised you can create a whole different world using words. I was taken off to a different time and place when reading that book.

My favourite children’s book was Where The Wild Things Are, and the one I recommend most is The Paper Bag Princess – a wonderful little picture book I used to read to my daughter, about a princess whose kingdom is burned by a dragon, who also carries off her fiancé, Prince Ronald. The princess conquers the dragon while wearing a paper bag – with her wits, instead of strength – and rescues Ronald. When she finds him he says disdainfully that she doesn’t look much like a princess, in her paper bag. She replies that he looks like a prince, but he’s a bum – and she leaves on her own, happily ever after. There’s a message in there!

2. Books like My Sister’s Keeper are sometimes heart wrenching to read. Do you carry the stories with you when you are writing or can you step in and out of everyday life?

They do affect me, of course, just as they affect you, I hope! But I am lucky because when I get to stop typing and come downstairs, I leave behind the super-charged emotion and rejoin my family and my dogs. Unlike a lot of my characters, I can put life behind me and take a break – so I can recharge my batteries before getting back to work.

3. What is it like having your daughter Samantha as a co-writer?

I just LOVED having Sammy as my co-writer. I discovered what a great kid she was, and what a great imagination and talent she has too.

It gave me the greatest pleasure sitting with her and writing every word of the two books, Off the Page and Between the Lines, together. There aren’t that many moms who get to do this! We started the books when she was in her mid-teens – and she is at college now.

4. Small Great Things is published over here in November. Can you tell us anything about that?

Ruth Jefferson is a labour and delivery nurse at a Connecticut hospital with more than 20 years’ experience. During her shift, Ruth begins a routine check-up on a new born baby, only to be told a few minutes later that she’s been reassigned to another patient. The parents are white supremacists and don’t want Ruth, who is African American, to touch their child. The hospital complies with their request, but the next day, the baby goes into cardiac distress while Ruth is alone in the nursery. Does she obey orders or does she intervene? It has been an intense experience, writing this one.

5.Do you have a message for your readers in Suffolk Libraries?

Keep reading! I really appreciate how faithful you all are and I know you will just love the next book. I can’t wait to hear what you think.

6.Can you tell us one thing about yourself that nobody would know?