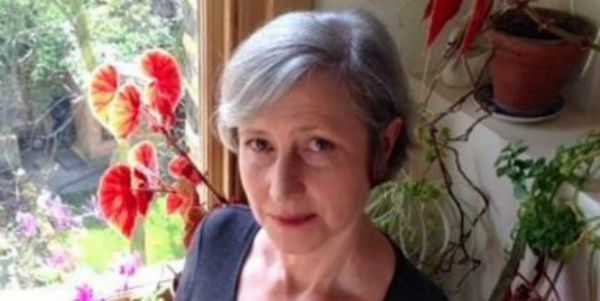 Isabelle Grey is a novelist and screenwriter. She is the author of two standalone novels of psychological suspense, Out of Sight and The Bad Mother, and an Essex-based crime series featuring DI Grace Fisher. The latest book in the series is The Special Girls.

Isabelle began her career as a freelance journalist, contributing reviews and features to national newspapers and magazines. She has written for film, radio and television, including numerous original drama commissions and episodes of such long-running series as Wycliffe, Midsomer Murders and The Bill, as well as the BBC1 docu-drama Genghis Khan.

Her most recent television credit is for ‘Tina’s Story’, the finale of BBC1’s award-winning Accused, co-written with Jimmy McGovern and described by The Times as “the most moving and powerful drama on television in a long time”.

To begin with, everyone from Lewis Carroll to Enid Blyton. Then I began picking up whatever books my family put down. I was the youngest, so I read my brothers’ A Level set books, new novels my mum had seen reviewed in the Sunday papers, and my dad’s old anthologies of Conan Doyle, John Buchan or Leslie Charteris. I wasn’t always old enough to understand everything I read, but I loved the variety of voices.

2. Some of our readers may know your work from ‘Tina’s Story’, the finale of BBC1’s award-winning Accused. What was it like working with Jimmy McGovern?

Brilliant! Jimmy is a kind and lovely man, and utterly ruthless when it comes to getting a story to work. We’d have long meetings when we’d both suggest and reject different ideas for the right ending. He taught me to stay wedded to what the story is about, no matter what. And of course he could attract the most wonderful actors to play the characters.

3. How did murder detective Grace Fisher and crime reporter Ivo Sweatman come about?

The first book in the series, Good Girls Don’t Die, is about the relationship between the police and the media during a big murder investigation. This was during the phone hacking scandal, and so Ivo started out as my worst nightmare of a tabloid journalist, and yet, as he and Grace interacted, I realised that he was here to stay. He can break rules she can’t - or not if she wants evidence she can take to trial - but with Ivo’s secret help she can make sure that no one escapes justice.

4. How important is research to you in the writing process? Are you a planner or do you like your characters to go off in unexpected directions?

I really love the research, and often come across some unexpected detail or perspective that is pure gold in terms of story. I also like to keep Grace as authentic as possible in how a police detective would approach a case, although obviously any novelist has to cheat the facts a bit.

However, it’s vital not to become either bogged down in research or too hamstrung by getting it right. I plan the first ten or so chapters fairly carefully and have a rough idea of where the book will go, but then like to leave ideas to spring up at me while I’m writing. I’m always terrified it won’t work out, but so far it’s been worth the fear!

5. Why do you think crime writing is so popular now with readers?

The current popularity of unreliable narrators in ‘domestic noir’ mirrors the real and troubling world of ‘alternative facts’, while offering the reassurance of resolution, truth and justice. Crime fiction, ironically, is the genre most likely to end in certainty and closure. And who doesn’t like the satisfaction of solving a puzzle?

6. Is there anything you can share with us about your latest project?

I’m just finishing the fourth Grace Fisher novel. I don’t yet have the title, but it starts with Grace re-opening a cold case thanks to cutting-edge forensic science. But even DNA evidence isn’t always straightforward and, while Grace appears to have identified a possible suspect, she will still have to solve the case using old-fashioned police work.

Readers are a writer’s lifeblood, so please keep reading! As a kid I used to accompany my Dad to the library once a fortnight – just the two of us – and we’d talk about which books we’d each taken out. He was a voracious reader – history and crime mainly – so it was a great bonding experience. Reading is a solitary pleasure that should always be shared, and a local library creates that opportunity.

8. Finally, is there one thing you can tell us that your readers may not know about you?

I failed my 11+ - but, probably because I was such an avid reader, went on to win an Exhibition (minor scholarship) to Cambridge. No one’s potential should ever be written off.