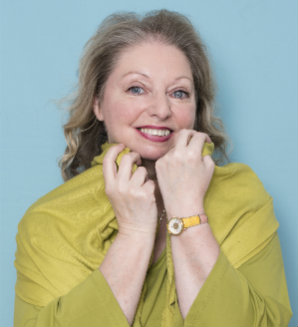 Dame Hilary Mantel is an English writer whose work includes personal memoirs, short stories, and historical fiction. She has twice been awarded the Booker Prize, the first for the 2009 novel Wolf Hall, a fictional account of Thomas Cromwell’s rise to power in the court of Henry VIII, and the second for the 2012 novel Bring Up the Bodies, the second instalment of the Cromwell trilogy. Dame Hilary was the first woman to receive the award twice. The third instalment of the trilogy, The Mirror and the Light, is in progress.

I was a keen reader from an early age, and I think you’re influenced by every book you read - it’s like the food you eat, you can’t say, ‘This bit of me grew because I ate chicken, but this bit because I ate an apple.’ All the stories feed you. I was lucky to find Shakespeare early - before we studied it at school. I had no preconceptions - I wasn’t afraid of it, and didn’t know it was meant to be difficult (not that I minded difficulty).

2. What drew you to Thomas Cromwell as a character?

I thought Thomas Cromwell’s story was unsurpassed, with a classic shape - blacksmith’s son to king’s right hand. What kind of a man can do that?

3. Did it worry you to take on a subject that was so familiar?

The era is familiar, but Thomas Cromwell’s story isn’t. Once you realise how central he was to the court of Henry VIII, during the most dramatic years of his reign, you begin to see freshly. And I am looking through his eyes, and changing the viewpoint makes the story new.

4. Your last book, The Assassination of Margaret Thatcher was a short story collection and nearly all of them were written in the first person. Was there a reason for this and will you be writing any more short stories?

I published an earlier collection, Learning to Talk, where all the stories are first person and all are about childhood. They’re not autobiographical by any means, but they are often sparked by an incident from my own life - they are about something unexplained, something that has stayed with me as a puzzle through the years. The story is an attempt to work my way to an answer, but I know I might never get there. The first person suits this exploratory mission, because its knowledge is limited to what can be felt, seen, processed by that central consciousness; and it’s not a fact that’s sought, it’s some kind of emotional resolution, an explanation that might not be true, but which makes sense.

I write stories quite slowly, often over a period of years, so it will be a while before another collection, I expect.

Keep using your library. Celebrate and promote it. Our libraries are under threat and once they’ve gone, they’ve gone.

6. What is the best advice you were ever given?

Don’t write to a perceived market - just write the best you can.

7. You have been interviewed many times. Is there one thing you could tell us that none of your readers would know?

I wish I’d been a playwright. The theatre is where my heart lies.