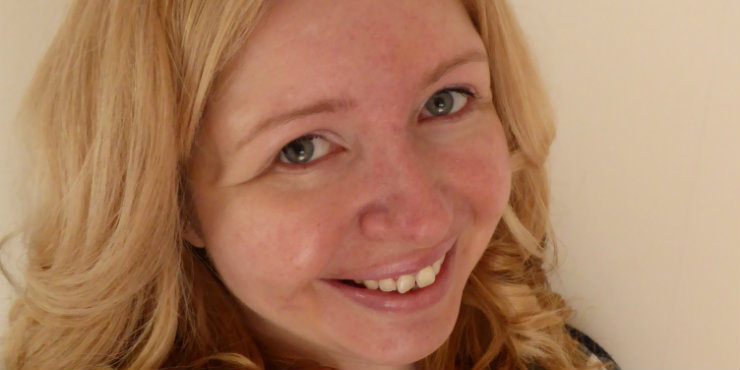 Helen Cox is a Yorkshire-born novelist and poet. After completing her MA in creative writing at the University of York St. John, she wrote for a range of magazines and websites as well as writing news and features for TV and radio. She edited her own independent film magazine for five years and has written three non-fiction books.

Helen has published two cosy mysteries starring librarian-turned-sleuth Kitt Hartley, set in York: Murder by the Minster and A Body in the Bookshop, which came out at the end of October. She currently hosts The Poetrygram podcast and coordinates poetry and non-fiction courses at City Lit, London.

I think I’m fairly standard in terms of children of my generation in that I read a lot of Enid Blyton and C. S. Lewis. My parents weren’t big readers – when my Dad saw the Lord of the Rings films advertised on TV he asked: ‘What’s Lord of the Rings, like?’ – so I was sort of an anomaly in the family and thus was bought whatever was recommended for kids at the time rather than something diverse and interesting.

I’m too old to have been weaned on Harry Potter – still haven’t read them, sorry! But when I got into my teens and started making more independent reading choices there were two books that made a huge impression: The Bell Jar by Sylvia Plath and Rebecca by Daphne du Maurier. I still think they are both perfect novels and have reread them a couple of times apiece.

2. Where did the idea for Kitt Hartley, crime solving librarian sleuth and the Vale of York University Library come from?

To quote the little-known indie film, Empire Records: “Who knows where thoughts come from? They just appear.”

In all seriousness, it’s difficult to pinpoint the exact moment I thought up Kitt Hartley. I used to be a secondary English teacher in another life and I was always hanging out with the school librarians who, to my mind, were the coolest people on the planet because they knew so much about everything.

I was also a bit of a loner at school and spent most lunchtimes in the library where I could hide from the bullies who wouldn’t be seen dead there. I still have the ‘librarian’ badge I was given when I assisted in the school library. I have always been awed by these extraordinary people who create a safe space for us amongst the books, so to sum up: librarians are my heroes and these books are a sort of thank you for how much they do in our communities.

The Vale of York University Library is a concoction of various libraries I have visited over the years, including the John Rylands Library in Manchester and New York Public Library. Alongside some wonderful features from these buildings, and several others, I have worked in some imaginative details to create what I hope is a vivid backdrop to the stories.

3. Have you had any feedback from librarians who have read your books?

I asked a couple of librarians to give me feedback on the manuscript before it went to press and incorporated their comments into the final book. Although I need to keep the plot moving and can’t show the ins and outs of a librarian’s work in-depth it was really important to me to get the ‘spirit’ of the vocation right.

I’m thrilled to say that librarians who have read the book since its publication have been very positive about the portrayal and this has absolutely meant the world to me.

4. Kitt is due to return in your second book A Body in the Bookshop at the end of October. Can you give Suffolk readers a brief taster of what to expect? 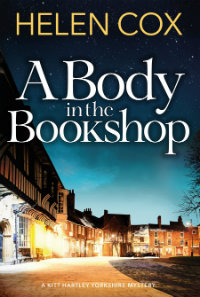 A Body in the Bookshop is told from Evie’s perspective so we get to see Kitt’s crime-solving antics from a different point of view. It picks up very shortly after the last adventure and follows Evie and Kitt’s quest to clear DS Banks’s name after she is accused of assaulting a suspect. Unfortunately, their quest soon involves a body count.

5. One of your other interests is The Poetrygram podcast. How did you get involved with that?

I actually started the podcast myself. I coordinate in the creative writing department at City Lit college three days a week and manage the poetry programme there. The podcast is a way of me supporting poets in their writing journey and also helps me keep on top of the latest happenings in the genre so I can do my job to the best of my ability. We’ve had some great guests on the show and I’m lucky to get to converse with so many fascinating writers and editors on the topic of poetry.

There is one book that is always on my to-read pile and that is The Princess Bride, by William Goldman. I read it for the first time when I was 21 and haven’t stopped reading it since. I read it once a year, dipping in and out of the story as and when.

Other than that, I am soon to start reading the journals of Anaïs Nin and a non-fiction book by Francine Prose called The Lives of the Muses. It documents the lives of nine different muses and the artists associated with them. I read a lot of non-fiction. I find so much of that knowledge feeds into my fiction and poetry.

Thank you for supporting libraries and librarians! So many libraries are under threat of closure in the UK and resources are thin on the ground, so by using the services and supporting your local libraries you are making a big difference to the community.

8. Can you share one thing about yourself that your readers may not know?

When I studied for my psychology degree at Teesside University, they had a cheerleading squad for their American Football team, and I was on it. At that time, I generally hung out with people of the indie-goth persuasion but have always felt stifled when pigeon-holed so I joined the cheerleading squad to indulge a different part of who I was, overcome some new challenges and meet some new people.

My friends weren’t particularly impressed with this life choice. But they still hung out with me and my horizons were broadened into the bargain. Amongst other things, I learned that cheerleading is hard and a sport in its own right.