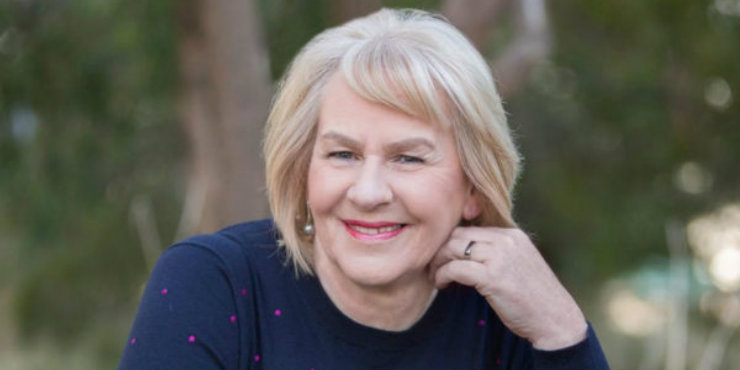 Heather Morris was born in New Zealand and moved to Australia as an adult. She took a degree in Political Science, worked in the social work department at a hospital, competed as a veteran athlete in shot-put, discus, javelin and hammer throwing and wrote screenplays before turning to writing the story of her friend Lale Sokolov.

This story became the bestselling The Tattooist of Auschwitz. Her second novel, Cilka’s Journey, based on the life of another Holocaust survivor, Cilka Klein, was published earlier this month. Cilka’s Journey is available through the library or to buy for £14.99 (RRP) in hardback, eBook or audio. Visit Heather’s website to find out about her current book tour of the UK and Ireland.

One of the most important books that stands out in my memory is the biography of Madame Curie written by her daughter. Why? Because I found myself reading about a female in the early twentieth century who defied the conventions of social norms of the day.

2. You actually met and spoke to Lale Sokolov at some length. How was that experience?

In a word - amazing! Lale was a charming, charismatic, funny gentleman. Every minute in his company, whether he was emotionally distraught or dancing with his dogs, was a pleasure for me.

3. Why do you think The Tattooist of Auschwitz has resonated with so many people?

4. Your latest book is Cilka’s Journey. This takes the story on and tells the story of Cilka Klein. Did you always feel there was another story to tell, or did Cilka’s story gradually emerge from Lale’s?

I always wanted to tell Cilka’s story, which was why I placed her in The Tattooist of Auschwitz. I always hoped I’d get the opportunity to tell her story, the story of an incredibly brave young girl who we can all be inspired by.

5. Do you think there is a deeper message in your work for future generations?

Yes. We have got to stop accepting girls and women as spoils of war. Call out their abuse for what it is - rape.

6. Is there anything you can share about your next project?

Another amazing story of hope and survival has come my way and I hope that I’ll get to present this story to readers in the near future!

One Good Deed by David Baldacci and One Night in Winter by Simon Sebag Montefiore.

My one regret to date is that I have yet to learn how to play the guitar!