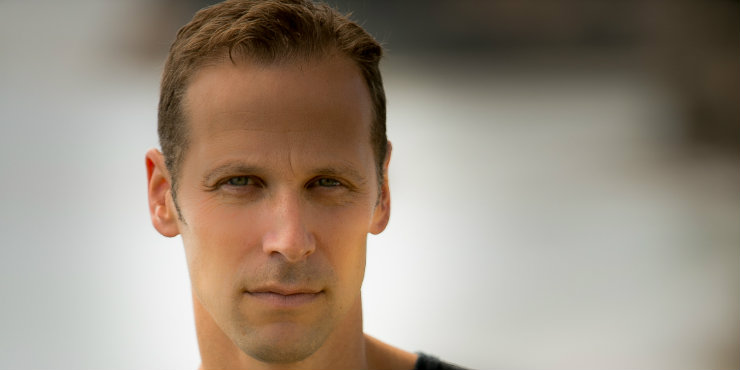 Gregg Hurwitz is the bestselling author of 18 novels, which have been published in 30 languages. He is also a bestselling comic book writer, having written stories for Marvel (Wolverine, Punisher) and DC (Batman, Penguin).

His Evan Smoak thrillers, Orphan X and The Nowhere Man, have been very popular in our libraries. The third title in the series, Hellbent, is due out in February 2018 and available to reserve now.

I loved Stephen King and used to read him under the covers with a flashlight when I was in grade school. I was also quite drawn to Edgar Allen Poe.

2. I have to ask about Evan Smoak. Where did the idea come from and what attracted you to his brand of vigilante justice?

I’ve been writing books for a while. Almost all of them stand-alones. And that’s because I hadn’t yet met… the guy. A book series is a huge step. It’s not just who you’re living with that book and that year. It’s the next book. And the next. And the one after that.

Fifteen novels in, I finally found that character. Evan Smoak, aka Orphan X, is the culmination of decades of writing and research. It took a lot of years for me to find my way to him. And fair enough. He’s a hard guy to find. He was yanked out of a foster home at the age of 12, raised in a covert black programme buried so deep within the U.S. government that virtually no one knows it exists. Only one person, Jack Johns, his handler and surrogate father, even knows who he is. He was given the highest level of training as an assassin and operator.

I spent months doing research. I went to Vegas to visit one of my consultants, a world-renowned sniper and armourer, who got me onto every gun I write about, from Benelli combat shotguns to custom 1911 pistols. I trained — badly — in mixed martial arts, familiarizing my face with the training mat. I talked to guys who led operations that you’ve seen on CNN, who have gone into hostile territory, under deep cover, or played offense in some of the most dangerous theatres in the world. All in an effort to show the process by which a skinny, scared kid from an East Baltimore boys’ home could plausibly transform into Orphan X, a legendary figure in the shadow service. 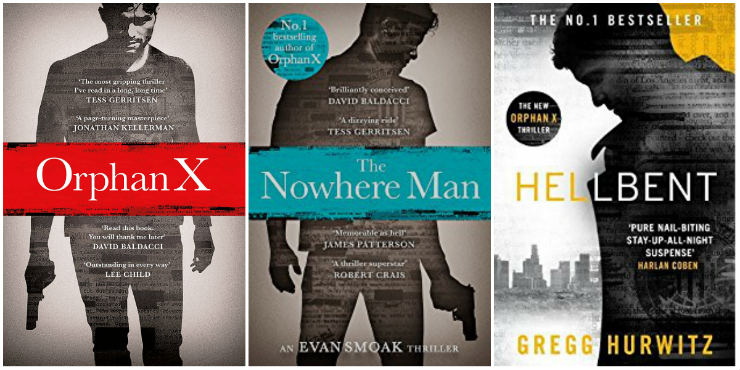 Evan was always different from the other orphans. Much of that is due to Jack, who raised him not just to be a top-tier operator but also to keep his sense of humanity intact. As Jack tells him, “The hard part isn’t making you a killer. The hard part is keeping you human.”

Evan’s moral compass was never shattered. And at a certain point, the moral ambiguities became too much and he fled the Orphan Program. When we meet him he’s re-established himself under a new identity in a safe house — more like a safe penthouse — on the Wilshire Corridor in L.A. He has a virtually limitless bank account, a particular skill set, and nothing to do.

And while he has to spend the rest of his life off the grid and has to bear the cross of being forever an outsider looking in, he’s got the expertise to do one thing. To work pro bono from the shadows, helping the desperate with nowhere else to turn.

I think that’s the heart of what I connected with when I found this character. There’s a conflict deep within Evan. Because everybody, no matter how tough, no matter what training they’ve received, has a need for human contact, for family. And one thing we never get to see is James Bond at home or Jason Bourne having an awkward moment with a single mum in the elevator of his condo. What would that really be like?

As for vigilante justice, that seems to be a theme I revisit throughout my career in the books, screenplays, and comics (obviously it was front and centre when I was writing The Punisher and Batman). I’m not sure why. Maybe I have an overdeveloped sense of justice.

3. Some of your Suffolk readers may not know you have a Masters degree in Shakespearian tragedy from Oxford University. Have you ever found this useful in the writing process?

Immensely. In fact, I think Shakespeare was one of the first thriller writers.

4. Is there anything you can share about your latest ‘work in progress’?

Hellbent, which comes out in the UK in February, is Evan Smoak’s most personal adventure yet. I’m really proud of this book.

Well, I grew up in libraries (I wasn’t allowed to watch telly as a kid) so I can honestly say they’re my favourite places in the world.

Oh - and thank you for reading me!

6. What you are not writing or researching adrenaline-packed thrillers how do you relax?

I do not know how to properly tie my shoelaces.