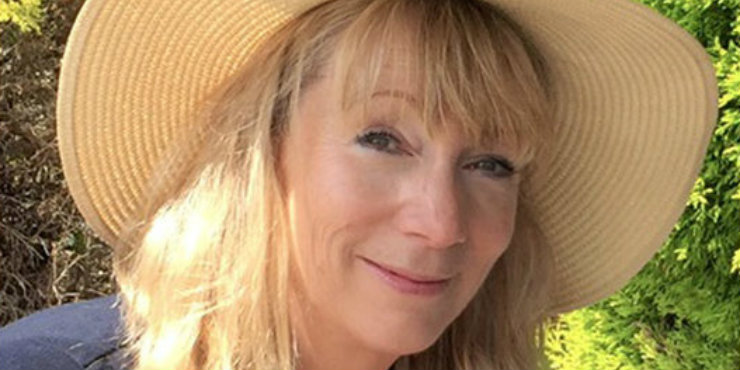 Gill Paul is a British author of historical fiction, specialising in modern and contemporary history. She has written two novels about the last Russian royal family: The Secret Wife (2016) and The Lost Daughter (2018).

Gill’s other novels include Another Woman’s Husband, about links you may not have been aware of between Wallis Simpson, later Duchess of Windsor, and Diana, Princess of Wales, and No Place for a Lady, about two Victorian sisters who travel out to the Crimean War of 1854–56.

Like so many of my generation, it was Enid Blyton who sparked my love of books, with her Famous Five and Mallory Towers series. My family spent some time in the States and I fell in love with Nancy Drew, the intrepid girl detective, then progressed to reading all my mum’s Agatha Christies.

My history obsession began in my teens, and Antonia Fraser’s biography of Charles II is a book I remember loving; he seemed such an enlightened monarch, I may have had a teensy crush on him. Then as an angst-ridden sixteen-year-old I discovered Sylvia Plath’s The Bell Jar and Virginia Woolf’s A Room of One’s Own, and began thinking that I might perhaps be a neurotic writer one day.

2. You have written two books now about the Russian royal family, The Secret Wife and The Lost Daughter. What do you think is the reason for our enduring fascination with them?

The horror of the Romanovs’ execution resounds down the century since it happened. This family was the wealthiest in the world, and closely related to virtually every other royal family in Europe. Little Alexei was only thirteen and the eldest daughter, Olga, a very innocent 22-year-old when their Bolshevik captors opened fire in a dingy basement lit by a single lightbulb. When the initial salvos did not kill them all outright, they were brutally bayonetted.

The theories that one or more of the children escaped were born out of pure disbelief when the news filtered out. Surely they couldn’t all be dead? In the 21st century we can watch their home movie footage on YouTube and read their diaries, making us feel we know them. The shock of their fate endures (along with the conspiracy theories).

3. Before you became a successful author, you worked in publishing and edited books by some famous names. What was that experience like?

It was exciting to work with famous people as an impressionable twentysomething straight out of uni. Some had a reputation for being ‘difficult’ but I found that so long as I was improving their work they accepted my edits without too many hissy fits.

I started my career with art publisher Thames & Hudson, where I edited several books on the arts in Bolshevik Russia, sparking my passionate interest in that period. In my next job, I edited the biographies and autobiographies of a range of ‘celebs’, from Eartha Kitt to Lord Lucan and Bette Davis. Working as an editor of non-fiction taught me a lot about writing: how to structure a narrative and maintain pace so as not to send readers to sleep.

4. Is there anything you can tell us about your latest work in progress?

I’m not allowed to announce the subject yet, but my current WIP will be published in Britain and the US in summer 2020. It’s set during the 1950s and 1960s in various locations across Europe and America, and tells the stories of two independently famous women whose lives intersected with tragic consequences.

5. Has a book ever changed your life or made you think differently?

Loads of books have influenced me profoundly. One that changed my life was Gloria Steinem’s The Revolution From Within, published back in 1992. I’m sure it would seem very dated now, but it was the first book I read about developing self-esteem and embracing your ‘inner child’. It came as a relevation to me at a difficult time and was partly responsible for leading me into therapy. And I loved therapy! Apart from anything else, it’s a great training ground for novelists.

6. What is your writing routine?

I’m at my desk by 9, mess around on social media for a while, then write from roughly 9.30 to 12.30. I usually start by editing whatever I wrote the day before then plough on. Every lunchtime, year round, I swim in an outdoor pond with a bunch of eccentric women, a heron, some kingfishers and various assorted ducks, then get back to my desk around 2.30 for another burst of work until 6.30ish.

This is the ideal day, but it’s often interrupted by the demands of marketing: preparing talks, writing articles and short stories, making videos for social media – and gossiping with author friends online.

7. Do you have a message for your readers in Suffolk libraries?

Thank you so much for using your libraries! In austerity Britain, it’s a real case of ‘use it or lose it’ and a society where books were available only to the wealthy would be a sad and dangerous one.

Secondly, if you’ve read any of my books, please do get in touch to let me know what you think. I’m easy to reach on social media or through my website, and I love hearing from readers – or even dropping in to book groups via Skype or FaceTime.

I used to fancy myself as a matchmaker and introduced several couples at parties and casual events. But I have retired from the role since the dramatic implosion last year of the relationship between one of the couples I was proudest of introducing. From now on, I’ll keep the matchmaking for my fictional characters!