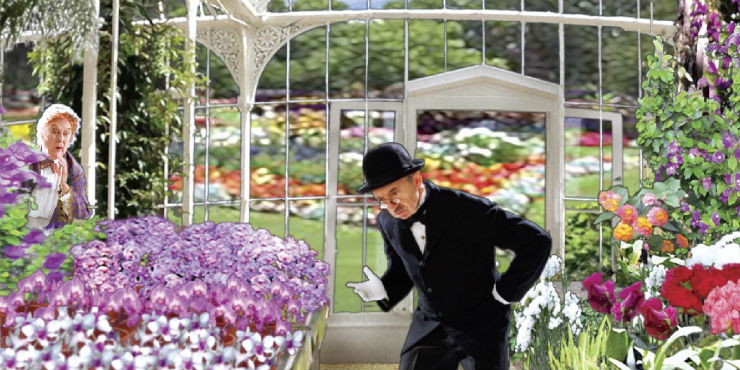 Emily Brightwell is the author of the series of Victorian crime mysteries featuring the mild-mannered Inspector Witherspoon of Scotland Yard and, more importantly, his housekeeper Mrs Jeffries. A policeman’s widow herself, her quick wits allow her to nudge the Inspector in the right direction to solve the crime. Emily is currently writing number 35 of the Mrs Jeffries mysteries.

Emily started her writing career as a romance writer. She also wrote for Young Adults under her maiden name Cheryl Lanham. Emily’s books are a word of mouth hit in Suffolk libraries and have an avid following here and in several other countries including Japan. While writing her new book she took time out to answer some questions for us.

You have fans of the Mrs Jeffries books all over the world. What is it about her that you think connects with so many people?

People like Mrs. Jeffries because she’s both kind and decent yet she doesn’t view humanity through rose-colored glasses. She’s aware of both the best and the worst of human nature. Additionally, she connects with people because of her commitment to justice and her willingness to step outside her role in society to do what she thinks is right. Plus, she fights for the underdog.

Who were your reading heroes?

Goodness, there are so many! My biggest heroes are Earl Stanley Gardner and Raymond Chandler. There’s also Agatha Christie, Ngaio Marsh, Ellis Peters, Ruth Rendell, P D James, the great Swedish mystery writing team of Per Wahloo and Maj Sjowall. When I was growing up I was very much influenced by Noel Streatfield, Edward Eager and Nevil Shute.

Your type of writing is often described as ‘cosy’ crime. How do you feel about that label?

I like that label. A ‘cosy’ description and/or a ‘cosy’ cover is one of the tools a reader can use to see if she or he wants to read your book. I’m a great believer that people should read what they enjoy – and not what’s fashionable.

Some readers don’t like mysteries with crude language, graphic violence or certain kinds of crimes – and I respect those tastes. Remember, just because it’s a cosy doesn’t mean it’s filled with sweetness and light – mine certainly aren’t. I’m a thematic writer and every book I write has an underlying social, political or spiritual statement that I think is important. It’s my pulpit!

Can you give us a sneak peek of what you are working on at the moment?

My current project is Number 35 in the series – titled: Mrs. Jeffries Rights a Wrong and the theme is that old sins cast long shadows.

If you hadn’t become a writer what career do you think you would have chosen?

I’d have probably enjoyed being a physical anthropologist, a chef or a toxicologist. But nothing compares to being a writer.

Are there any plans for a TV adaptation?

Not yet. I’ve got fingers crossed that someone, somewhere (in Suffolk perhaps) will read one of the books and decide they would make a delightful TV series and contact my agent in New York.

My perfect day would be getting up early on Saturday morning to watch my beloved football team, Everton FC on TV – as this is a perfect day, they win. After that, I’d love to go to lunch at my favorite Japanese restaurant with family and friends. In the afternoon, I’d find a comfy chair, make a pot of PG Tips tea and settle in for a nice, long read of one of my favorite authors. A walk along the bay with my husband would be nice before dinner (I live in the San Francisco Bay area) and after a great meal, some entertainment on television before bed. As you can probably tell, I’m a homebody!