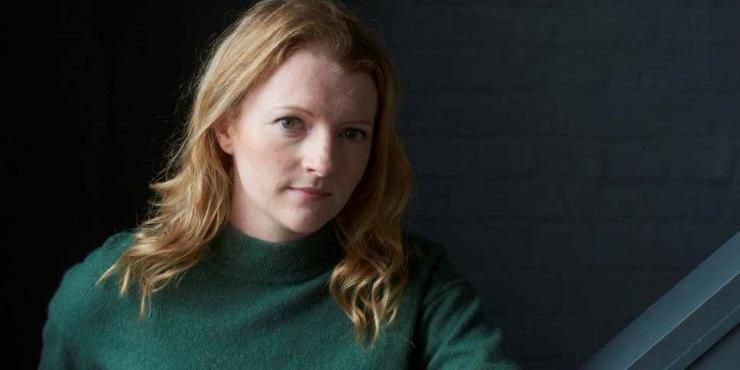 Elizabeth Kay started her career as an assistant at Penguin Random House. She is now an editor there and also finds time to pursue her passion for writing. Seven Lies is Elizabeth’s first novel.

As a child, I read absolutely everything by Jacqueline Wilson. I thought she was magnificent – I still do! She is endlessly creative; I have no idea how she’s managed to write so many brilliant books. I entered a writing competition aged eight primarily because she was the judge. I was fortunate enough to win first prize and went along to meet her at my local bookshop. It was incredibly exciting!

2. When did you first realise that you wanted to write books rather than publish them?

I’ve always been both a reader and a writer. But I hadn’t considered a career as either an editor or a writer until after university. I graduated and went straight into a job in the travel industry. I was really miserable there. It was my now-husband who suggested that I might enjoy working with books. And he was right! I work as a commissioning editor now and I genuinely love it.

I’d been writing my entire life, but I’d never submitted a novel for publication. In Seven Lies, I think I’ve written the book that I’d been wanting to publish as an editor for the last few years. I’d been looking to find a dark, sinister novel that focused on female friendship. But there was nothing like that crossing my desk or coming in to the other editors in the team. I’d been working for nearly three years on a novel that, despite my best efforts, just wasn’t working. So this felt like an interesting place to start afresh! Seven Lies is the first thing I’ve written that I’ve really, really loved, and so I thought I’d send it to agents to see if anyone was interested in representing me.

3. Can you give Suffolk readers a flavour of Seven Lies?

Definitely! Most simply – and perhaps as you might expect! – it is a book about lies. It’s about the lies we tell ourselves, those we tell our friends and our families and about how little lies can evolve into something much bigger. I think, for me, it is also a book about truth. In an era of fake news, misinformation and discussions around the authenticity of social media, I found myself wondering what the truth actually looks like. Can we accurately report on our own lives? Is there ever only one version of the truth?

I hope that it’s also a book about the intensity and emotional intimacy of female friendships. I was particularly keen to explore how childhood friendships can evolve into adulthood, and what happens when they become tangled and complicated. It’s also about grief and loss, themes which run through the entire story and about the things we might find ourselves doing in our darkest moments.

4. How did the character of Jane develop?

I wanted to start writing something new and there were a few areas that felt interesting to me. I wanted to explore female friendship and, more specifically, a friendship that was grounded in genuine affection. I felt that a number of recent stories had tackled friendships that were built on something negative – jealousy, for example – and I was keen to move away from that. I also wanted to look at how someone might be changed by loss and the shock of discovering that your life isn’t at all what you thought it might be. I hoped that the book might feel a little sinister. Most of my favourite books have a dark undercurrent running throughout and I was keen to give that a go.

And then, as soon as I sat down in front of a blank page, determined to fill it, the protagonist in Seven Lies came to me. Jane is stubborn and independent, but she’s very lonely and quite vulnerable too. I wanted to tell her story, and I had to work out what it was. The other characters – her mother, her sister, her husband, her best friend – began to appear around her and the story started to take shape.

5. What is on your ‘to read’ pile at the moment and what was the last really good book you read?

I have so many books on my ‘to read’ pile! I have Jessie Burton’s The Confession and Fleishman Is In Trouble by Taffy Brodesser-Akner at the top. And I’ve recently finished reading Three Women by Lisa Taddeo. I’ve been recommending it to absolutely everyone. It is extraordinary and as compelling as the most gripping novel. It’s definitely a must-read!

6. Do you have a message for your Suffolk readers?

I just want to say that I so hope you enjoy Seven Lies. I wanted to write a book that people find unputdownable, that they stay up late reading and that they recommend to their friends. Hopefully I’ve managed to do some of that! You can find me on Twitter and Instagram at @anyotherlizzy, so please do get in touch if you have any questions!

Oh, good question! I am a huge chocoholic. I’ve been eating far too many Mini Eggs recently. However, my favourite go-to chocolate snack is hagelslag, a traditional Dutch food that is essentially chocolate sprinkles (but better!) on white bread with lots of butter. I’m half-Dutch so I’ve been eating this my whole life!