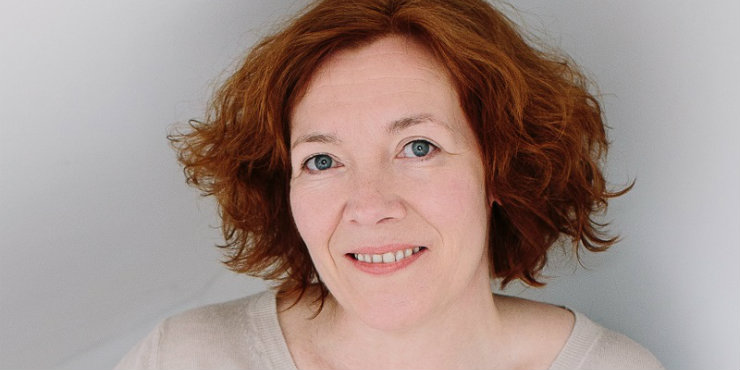 Diane Setterfield is a bestselling British author whose 2006 debut novel, The Thirteenth Tale, became a New York Times number one bestseller. It was filmed by the BBC in 2013, starring Vanessa Redgrave and Olivia Colman.

Diane’s second novel was Bellman & Black (2013), an unusual genre-defying meditation on workaholism, Victorian mourning ritual and rooks. Her third novel, Once Upon a River, a tale of folklore, suspense and romance on the River Thames, has just been published.

In childhood I read whatever I could lay my hands on - there were never enough books! - but the one that I borrowed and reborrowed countless times from the library was Joan G. Robinson’s When Marnie Was There. I reread it as an adult many years later and was delighted to notice details that I had obviously retained in some unconscious part of my brain, that had found their way into the writing of The Thirteenth Tale.

Later, as a teenager, I discovered Wilkie Collins - The Moonstone and The Woman in White were the first - and was completely enraptured by the storytelling. That’s the kind of experience I want my readers to have!

2. Your latest book is Once Upon a River. Can you give us a brief flavour of the story for anyone coming new to it?

We are in the 1870s and on the banks of the River Thames, in an isolated rural spot is an inn. It is winter solstice night, a night when you might expect the unexpected. The regulars are gathered around the fire, whiling away the longest night of the year.

The Swan is no ordinary inn, it is where people go for storytelling, and on this night, the innkeeper has just pronounced the words ‘Once upon a time’, when the door bursts open and a stranger enters, with a drowned child in his arms…

Once Upon a River is about a mysterious girl who drowns and returns to life, who is claimed by three different families, but more than that, it is about a community that has told stories for hundreds of years, and about storytelling itself.

3. I read somewhere that you had the idea of a drowned girl coming back to life some years ago. Was it a relief to finally get your ideas down on paper?

If your question implies that it is some kind of a burden to have ideas for future books alive in my head, then no, quite the contrary! I’m very glad to have ideas for half a dozen or more books tucked away, ready to be written when the time is right. Wouldn’t it be awful to get to the end of a book and not know where I was going next?

And while it’s true that my fascination with the idea of a lost child returning to life began at a painful time in my family’s life (my sister had a heart condition in childhood that overshadowed family life for some years) she was well again by the time I was an adult and so my fascination was not a burden to me in that respect either.

If I take your question more generally, as being about my own emotional relationship to the work, I hope you won’t be disappointed to learn that I have absolutely no conscious sense of writing being in any way therapeutic for me. My overriding experience of writing is of the craft it demands. There is only one thing at the front of my mind: the need to create a compelling experience for the reader. My own feelings about the raw material only come into it as data I can draw on as necessary in trying to predict how the reader will respond to certain scenes and characters.

4. How did the character of Rita take shape?

I knew Rita’s function in the novel first.

One of the key themes in Once Upon a River is storytelling, and the late nineteenth century was a very rich period for that. There is religion, folk beliefs, superstition, and all of these have ways of explaining how a child might drown and return to life, but at this time there were also brand new ways in which humans could make sense of themselves and their relationship to the world: in a word, science.

I needed a rational mind in my book, someone who had read widely in medicine and science and had a talent for methodical investigation. First I thought it would be a doctor, then I realised how much more socially connected a midwife would be to the entire community.

Once I had Rita’s function, developing her history, her character and her trajectory over the course of the novel fell into place over several years as she slowly revealed herself to me. She has a big personal dilemma in the book and for a long time I myself didn’t know which way she would go!

5. Is there anything that you can tell us about your latest ‘work in progress’?

Nope! Except that there is one.

I have loved so many books, but what changed my life is not a particular book but the wider experience of reading. When I was small and living through the fear and worry of my sister’s illness, I became very quiet and retreated from the world into reading.

On one level it distracted me and gave me a break from my anxiety. On another it taught me a lot. I learned that bold children (or desperate ones) can tame dragons and vanquish monsters under the bed. I learned that when things seem dreadful, there might be other chapters to come. I learned that even the saddest events don’t necessarily spell the end. I never read a book that mirrored my situation exactly, but I found fragments of my own experience in every book I read, and this made me feel less alone and gave me a kind of courage.

I realised then - and have never forgotten - that the right book does much more than entertain. It is a friend and ally to a reader in need.

7. Do you have a message for your many readers in Suffolk libraries?

Read as much as you can, as often as you can. Go to bed early and read, or read late into the night, or wake up early and read. Don’t try to do all of these in a 24 hour period unless it is one of those reads of a lifetime, in which case just cancel everything and read all day and all night.

By and large, ignore what other people think you ought to be reading, because reading is private, it’s really no-one else’s business. But do read books in translation sometimes. Read children’s books, especially if you are an adult (if you don’t know where to start, start with David Almond).

You get my drift. But basically it’s just this: READ.

I know what the word ‘evulsed’ means in dentistry. It’s when a blow to the jaw causes teeth to just pop out whole from the gum. It happened to me when I was in a car crash in Wales at age 13.

Luckily there was a conference of American dentists a couple of hundred miles away, and I was taken to the university they were staying at (carrying my teeth in a baby’s plastic cup half-filled with milk to stop them drying out) where I received pioneering treatment to reattach my teeth to my jawbone. I won’t go into details, it was too gruesome. But I like knowing the meaning of the word ‘evulsed.’