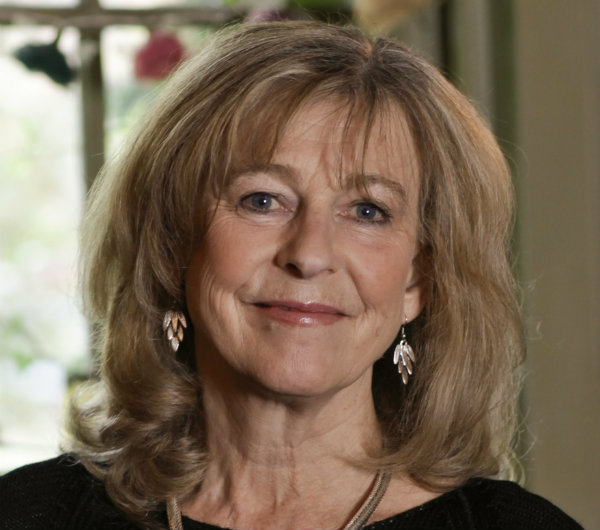 Deborah Moggach is an English writer. She has written 18 novels including The Ex-Wives, Tulip Fever, These Foolish Things (adapted into the film The Best Exotic Marigold Hotel) and Heartbreak Hotel. Deborah’s most recent book Something to Hide is available from Suffolk Libraries.

The William books (by Richmal Crompton). I absolutely adored them because they made me laugh out loud, and in a lovely way treated the reader as an adult - using words like “unctuously” or “testily” (Richmal Crompton was a mistress of the adverb). In other words, they weren’t at all childish or indeed goody-goody or sentimental. And I was very fond of William, whom I earmarked for marriage at an early age, and his Outlaws and even his snobby sister Ethel and pompous insecure brother Robert. And I loved them romping through the countryside in a way kids don’t do nowadays (well maybe in Suffolk they do, I hope so).

2. Where do you get your book ideas from?

Each book is triggered by something different. With Tulip Fever it was a painting I bought, an old Dutch painting from Vermeer’s era. Other books might stem from a newspaper story I read or just the sight of somebody in the street (one story came from my glimpse of a coach driver loading a lot of Greenham Common female protestors into his coach, with their pushchairs and children, and looking rather bemused).

3. How did the success of Marigold Hotel/These Foolish Things change your life?

Well, it didn’t change my life radically, it just gave me a huge amount of pleasure. I’d go into a cinema and see all these people having a hoot - older people, who hadn’t been catered for much in the movies, until then. Its popularity was due to it being a story and a film that talked about old age not just in terms of incipient death and illness, but as another chapter of one’s life. And it said that we’re just the same person we always were - the same emotions, joys, mistakes - just a bit more wrinkly.

4. What was it like adapting Pride and Prejudice for the big screen? (This was the 2005 Keira Knightley/Matthew Macfadyen version).

It was a huge challenge because the book is so loved - people know every word, and feel quite proprietorial about it. So I had a big weight on my shoulders. But Jane Austen is such a wonderful writer that it was a pleasure to adapt it; I felt like a cook, creating a meal with the most delicious ingredients. Hard to go wrong. I basically wanted to bring out the truth in the characters, and make it all matter. It’s not a light, frothy comedy; I believe the comedy stems from real fear and pain. And that makes it funnier.

I’m adapting several of my novels for TV and film, hopefully one of them might get made (there’s a big casualty rate with such things). I’m longing to write another novel but can’t think of a plot!

Keep reading! And campaign to keep our precious libraries open!

7. You have been interviewed many times. Can you tell us one thing about yourself that your readers might not know?