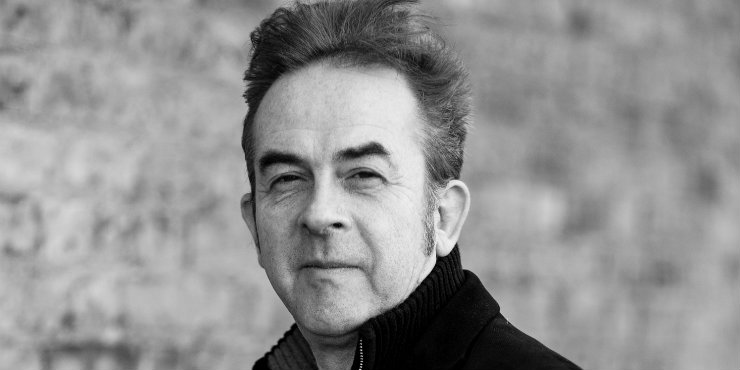 David Young was born near Hull, studied Humanities at Bristol Polytechnic, and worked as a journalist before turning to full-time novel-writing. He is the author of the Karin Müller series of crime thrillers, set in East Germany in the mid-1970s. The latest of these, Stasi Winter, was published by Zaffre on 9 January 2020, and is available to reserve from the library, or to buy as a paperback or eBook for £7.99.

Well, I wrote my own (illustrated) version of Black Beauty aged about five. So, I guess Anna Sewell. I didn’t really understand that she’d already authored the book, and was quite tearful when my mother explained there couldn’t be an alternative Black Beauty written by David Young.

Other than that, Enid Blyton’s ‘Mystery Of’ series was read avidly – complete with trying out some of the techniques for escaping from a locked room by getting my sister to lock me in the toilet. And then in my teenage years I devoured anything by Alistair MacLean and Helen MacInnes.

2. Did your background in journalistic writing help when you started writing novels?

There’s no doubt it helps in terms of research, writing quickly, and meeting deadlines. But the actual process and style of writing is very different. If you write a novel in too journalistic a fashion, it won’t be a very good novel.

3. How did the character of Karin Müller take shape?

I decided I wanted to do a bit of different slant on the ‘detective trying to solve crime while also battling the communist secret service’ subgenre which had already been done very well with male detectives, such as Martin Cruz Smith’s Arkady Renko. So writing from the viewpoint of a woman seemed an obvious step. It also reflected East German society, where women played a much greater role in the workplace than their western equivalents in the 1970s.

Then it was a case of trying to imagine how someone like that would think. If you’re writing from the ‘inside’ of a communist world, as it were, then your character needs – at least to some extent – to support the system. So that’s where Müller’s character stems from. Then it was a case of borrowing some of the character traits of women I have known…

4. Your new book, Stasi Winter is out this month. Can you give us a flavour of what to expect? 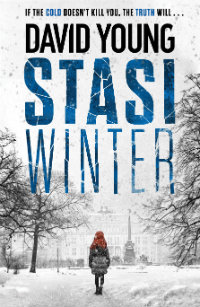 Snow. Lots of it. Snowdrifts as high as houses. And ice. And a floating nuclear time-bomb cutting through the ice. Throw into that mix the Stasi Child from my debut – refusenik Irma Behrendt, who’s returning after a four year absence in both the real and fictional timeline – and that should give you the general idea. It’s more of a thriller than a straight police procedural and it looks like my main character, Karin Müller, won’t get out of this one alive.

5. We had the 30 year anniversary of the fall of the Berlin wall recently. Did you always have an interest in this period?

Not always, in that I set out to study science at university after taking some wrong turns at school (ie choosing purely science A-levels). My answer was to opt for geology, thinking at least I might spend my time trolling round the countryside with a pickaxe. However, geology at university – although allegedly the degree that leads to the highest earnings – is mostly spent in laboratories looking at slides of rock. I decided this was interminably dull, and read the New Musical Express instead.

Then I switched to a humanities degree at the poly in the same city (Bristol) and developed my interest in history, specialising in it so that – in effect – I did a history degree, and my dissertation was on British attitudes to Stalin’s 1930s purges. That was where the interest in the communist world began.

6. If you had not become a writer, what would you have wanted to do?

As a child, I wanted to be a sheep farmer (my parents had a holiday cottage in Wensleydale). A day spent watching shearing soon put me off.

7. Can you tell us anything about your latest project?

I’m currently plotting the sixth Müller book (that’s the first time I’ve revealed that – maybe she does survive, or perhaps I go backwards in time!). It’s set in Dresden and (probably – though not firmly decided yet) Coventry, and may involve MI6 as well as the Stasi.

8. What was the last book you read that you would recommend?

Black Sun, by Owen Matthews. I loved this one. One of the best thrillers I’ve ever read.

9. Do you have a message for your Suffolk library readers?

I’m just delighted that anyone would want to read my books, and when my last two Public Lending Right statements have come through saying more than ten thousand readers have borrowed my books in UK libraries each year, I have felt very humbled. So the main message is one of profound thanks – and please spread the word! Libraries are a vital resource which are sadly undervalued by today’s cut-at-any-cost politicians.

10. Can you share one thing about yourself that your readers may not know?

I tend to have obsessional phases about things, and when I was in my golf phase 20 years ago or so, I reached the dizzy heights of 13th reserve for the English Mid-Amateur (the Amateur Golf championship for over 35s) by wangling my handicap down to five point something. Thankfully, 13 people didn’t drop out, so my dubious golf skills were never called upon.