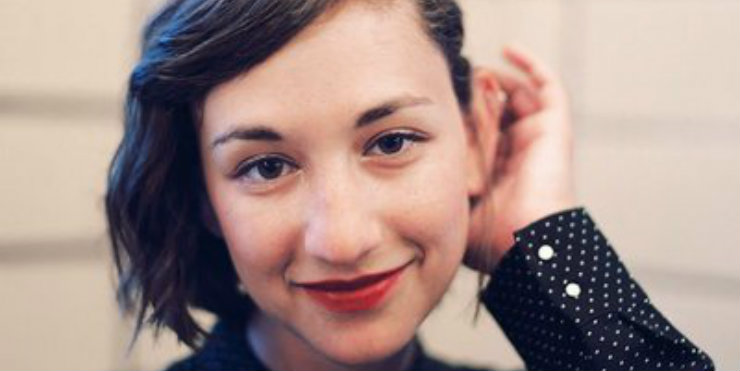 Danya Kukafka is an American writer and a graduate of New York University’s Gallatin School of Individualized Study. Her first novel, Girl in Snow, was recently a Radio 2 Book Club choice.

The most influential book for me as a child was Harry Potter and the Philsopher’s Stone — then, of course, the rest of the series following.

I read these books at such a crucial age, and they taught me the direct power of world-building. J.K. Rowling was the first writer to show me that it’s possible to completely fall into a universe of someone else’s creation.

2. Your new novel is Girl in Snow. How did it take shape and what was it like ‘living’ with your characters during that period?

Girl in Snow began with just one character, and ended with three.

Cameron’s character came to me first, as I was thinking about the question: can you have a main character who truly does not know if he’s done something terrible? Can you ask a reader to love him anyway? The whole story unfolded from there, and I actually wrote a full draft just from Cameron’s perspective.

Jade came much later, when I realized something was missing, and Russ came after I thought the book was “finished.” Living with these characters was such a joy. I miss them often.

3. Girl in Snow is unusual as it is a murder mystery but solving the murder is almost incidental. Was it a conscious decision to play with some of the elements of the regular crime/thriller genre?

Yes, this was a very deliberate choice. By framing it within the context of a murder mystery, it helped me structure the story, but as I got further into the book, I found that I was much more interested in the characters on the periphery of the story than I was in the murder mystery itself.

Also, I wanted to give readers something new to chew on, and I wanted to talk about the trope of the “beautiful dead girl.” By focusing the story away from Lucinda, I was aiming to give her some privacy, and also to talk about how often these dead girls in media become spaces on which people, particularly men, project themselves.

4. Is there anything you can share about your latest ‘work in progress’?

I’m working on another novel! I couldn’t tell you what it’s about — mostly because I still don’t quite know myself — but I know it will be similarly dark, and will also deal with young lives in a small community.

Libraries were a haven for me as a child, and some of my best memories growing up took place at my local library. I’m so grateful to every reader of Girl In Snow, and to the wonderful librarians who make it all possible.

I’m very excited to pick up a copy of The Recovering, Leslie Jamison’s newest.

I really love pickles! I’ve started making them myself, and have found incredible joy in it. Watch out for a forthcoming pickle empire.