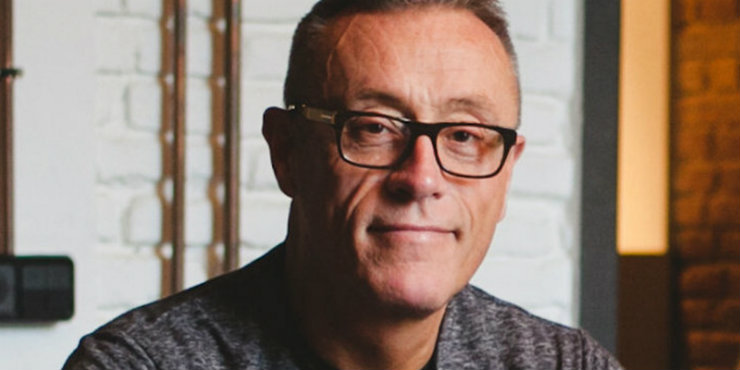 Christopher Fowler is the award winning author of many novels and short story collections. Suffolk readers will probably know him best as the author of the popular Bryant & May mystery novels, which record the adventures of two golden age detectives investigating impossible London crimes. He is also a five-time British Fantasy Award winner.

Fowler’s standalone novels include The Sand Men, Nychtophobia and Hell Train. His books have been optioned by everyone from Guillermo Del Toro (Spanky) to Jude Law (Psychoville). His latest book The Book of Forgotten Authors is a foray into the back catalogues and backstories of 99 authors who, once hugely popular, have all but disappeared from our shelves, and it already looks to be popular among our readers.

I often think I started backwards, exploring experimental works from J. G. Ballard and B. S. Johnson when I should have been reading the classics, but in many ways I’m glad I left the classics until I was old enough to appreciate them. I thought I had to love all canonical literature because of its status, but quickly realised I had no connection to much of it. I preferred War and Peace to Pride and Prejudice, loved Mervyn Peake and Dickens, but saw no demarcation line between comics and classics.

2. When you published Full Dark House in 2003, did you think that Bryant & May had the potential for a series?

Not for a second. The book was turned down by my then publishers, but a Transworld editor told me it could be a series. Then I saw that I could write any kind of crime or mystery novel I wanted so long as I used the same characters. I’ve written without them many times, in novels like Psychoville and Disturbia, because I enjoy writing standalones too.

3. What do you think is their appeal? On the face of it they are not obvious heroic types…

That was precisely their appeal. I wanted not anti-heroes but non-heroes, the kind of quirky, unworldly academics my mother knew. I love the idea that a complex investigation is being undertaken by a team utterly ill-equipped to handle it!

4. One of the themes that comes across strongly in your books is your love for London, whether it is of old theatres or hidden places. Do you spend a lot of time researching and walking around London?

I was born in central London and although I periodically live in other countries I always return. You can research from books but nothing beats walking around the city and talking to its inhabitants. I’m pretty good at using London well, i.e. going out to lots of events without spending a fortune. London is prohibitively expensive, but there are ways of getting around the problem. The young are very good at spotting great things to do. Tonight I’ll probably go to the Cinema Museum and meet friends –it’s on my long list of hidden London gems.

5. Your latest book, The Book of Forgotten Authors is full of long forgotten authors who deserve a wider audience. Was this something you had in mind for some time before writing it?

I only had to look up at my shelves to wonder why so many incredible writers had vanished from sight. As a child I haunted libraries like some kind of reading-addicted ghost, and kept a notebook of names to investigate, so writing the book came organically.

Yes – you are appreciated. Reading can save your life, and certainly got me through some bad times. Writing is heroic, lonely and often unrewarding work, but writers have a secret: We own the well. Librarians, booksellers and readers are the pipelines that deliver succour.

7. Is there anything you can share with us about your current work in progress?

At any given moment I’m either writing a book or testing out an idea. I’ve just completed a fantasy epic called The Foot on the Crown, there are three more Bryant & May novels in the pipeline starting with Hall of Mirrors, and I’m about to start on the second novel from my pseudonym, LK Fox.

8. You have been interviewed many times. Is there one thing you can tell us that your readers may not know about you?