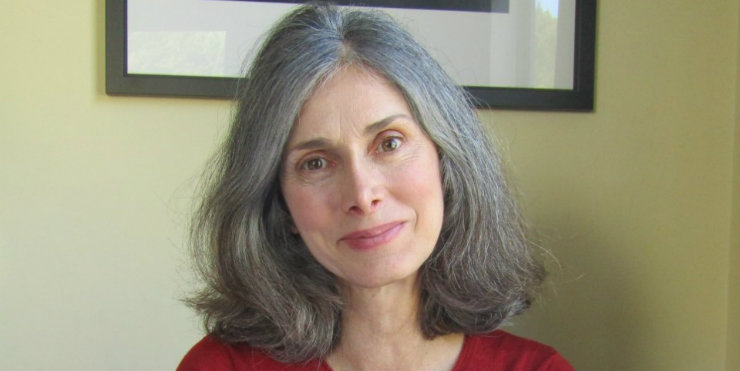 Christine Leunens is a New Zealand-Belgian novelist. Her books include Primordial Soup and Caging Skies, which have been translated into over twenty languages. Caging Skies was the inspiration for the award-winning film Jojo Rabbit.

Lewis Carroll’s Alice, Jules Verne’s Lidenbrock, Daniel Defoe’s Robinson Crusoe, Herman Melville’s Ishmael, then I remember when I came upon the book The Stranger, by Albert Camus, when I was around twelve years old and how the opening words shocked me, but the cynical tone of the anti-hero Meursault also stayed with me and propelled me into the even stranger world of adult literature.

I believe I was always destined to be one, having been excessively bookish from an early age. My mother kept saying, “Why don’t you go out and play instead of ruining your eyes reading all day?” My grandfather, a Belgian artist, insisted that I was going to be a writer. He said he could tell from my 20-page letters to him.

Ironically, to fund my studies and first book, I worked as a print model, the diametric opposite of a writer. As I posed for magazines and fashion ads, it was as if I was mute. All I could express was a limited range of emotions with merely my face, the main attention on my physical appearance. From there, it was such a relief not to be seen at all, to be almost invisible, so refreshing to express complex thoughts, true feelings and who I really am through writing alone.

3. I didn’t realise Caging Skies was written in 2004. How is it that it still feels so relevant? Were you surprised that there was all this interest in it 16 years after you wrote it?

It wasn’t as relevant in 2004, no one ever called it that. Back then, it was a historical novel which recorded both known and less known aspects of WWII so that people would never forget what had happened.

It’s only been in the past few years that Caging Skies has been suddenly called relevant, alas, and as a response taken in country after country where racism, antisemitism and the Far Right are on the rise.

4. Jojo Rabbit has put you centre stage on the Hollywood red carpet. Has the experience lived up to your expectations?

When researching and writing Caging Skies for five years at the Memorial de Caen, a WWII Museum near the Landing Beaches of Normandy, I had no idea that the story would ever be adapted for the big screen, let alone be nominated for two Golden Globes, six BAFTAs, six Oscars, and awarded a Humanitas Prize.

Just being driven to such ceremonies in Hollywood, everything closed off and monitored by FBI agents, Homeland Security, dogs, drones, helicopters, then the strip of red carpet blinded by the flash of a hundred cameras, getting a bouquet of microphones thrust my way, it all feels like being in a film. It’s exciting, a once-in-a-lifetime experience, but it still feels surreal and hasn’t fully sunk in.

5. Can you give us a preview of your next project?

I’ve just finished a new novel, South of Memory, a Franco-New Zealand historical novel whose love story is impacted by events of the 1980s, such as the bombing of the Rainbow Warrior in New Zealand by the French secret service.

William Golding’s Lord of the Flies opened my eyes to aspects of humankind I didn’t want to see, then Hannah Arendt’s The Banality of Evil kept them open though I would have liked to close them at times and not see.

Don’t expect the book and the film to be the same. The film drew its plot, main characters and historical framework from the book, but the book is darker in tone and goes on for some years after the end of the war when Vienna, divided into four sectors, was occupied by British, French, Soviet and American troops.

It’s vital not to see the two as competitive but rather as complimentary and necessary in distilling the same important themes and messages, each within both the limits and freedoms of its own particular medium.

I start each day of writing by reading, it’s the immersion into words that lulls me into the act of writing, to me reading feels like inhaling while writing is more like exhaling. I feel as if I’d run out of breath if I didn’t keep a healthy balance of both.