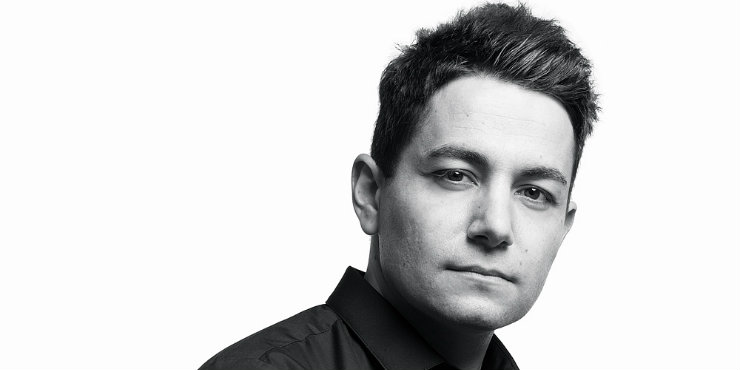 Chris Whitaker is a crime author who lives in Hertfordshire with his wife and two young sons. His debut novel, Tall Oaks was published in 2016 and won the CWA John Creasey New Blood Dagger Award. It was also shortlisted for the CrimeFest Last Laugh Award. His latest novel, We Begin at the End is published by Bonnier on 2 April 2020, and is available to reserve from the library, or to buy as a hardback, eBook or eAudiobook for £12.99.

Stephen King, Dennis Lehane, John Grisham, Cormac McCarthy. It was always my dream job, but seemed totally unattainable when I was at school, we didn’t do much creative writing at all. Though I’ve been telling stories since I was small (my mum called them lies but I’ve totally proved her wrong).

2. Before you became a writer you worked as a financial trader in the city. What was that experience like?

It was fun. Absolutely exhausting and intense but I loved it. I think I was well suited to it, though the late nights took their toll. If it wasn’t for Botox I’d look 150 years old.

3. Your first book, Tall Oaks, was an immediate success and was recognised by the CWA Daggers. That must have been a wonderful experience for a new writer?

It was mad. I was not expecting to win as the competition was fierce, so when they called my name I hadn’t prepared a speech and forgot to thank just about everyone that had helped me along the way. I haven’t stopped smiling since.

4. I expect this is one of your FAQs, but how did you invent Manny?

Ha, it is! Manny is the teenage star of Tall Oaks. He’s totally fearless and doesn’t really have a filter. I remember that period in my life, where you’re kind of between child and adult and have no clue who you are or who you’re going to be. So I sat down and wrote a character struggling with those issues. Only his are heightened by his father leaving, which leads Manny to come up with these (in his mind) strong male identities for himself. On the surface he can appear funny and rude, but he’s all heart. He also has the foulest mouth of any character I’ve written.

5. Your new book We Begin at the End is an American Noir and again you have placed your characters in America. What is it that keeps drawing you back? 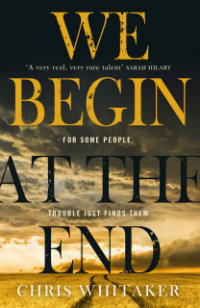 The landscape, the gun laws, the autonomous police force. I set the stories where they work best, and in America you almost have a whole world within a country. There’s an epic road trip in the story, from Montana to California, and the places become characters in their own right. For me, it just wouldn’t work anywhere else.

6. Can you tell Suffolk readers a little about We Begin at the End?

A coming-of-age crime story, We Begin at the End follows thirteen-year-old Duchess as she tries to protect her family in the wake of a convicted killer returning from prison. But in doing so she inadvertently sets off a chain of events that have tragic consequences not only for her family, but also the whole town. It’s marketed as crime, but it’s far more a story about sacrifice, and the lengths we go to to protect the people we love.

I read whenever I get a free minute, often when travelling. I’m lucky enough to get sent lots of books and at the moment I’m reading When I Was Ten by Fiona Cummins. It’s spellbinding.

8. Has a book ever changed your life or made you look at things differently?

The Last Child, by John Hart. I was working in the city, nearing thirty, and I’d just read this amazing book. I then read an interview with John and found out he gave up his law career to write. The next day I quit my job and started writing Tall Oaks.

9. Can you tell us one thing about you that your readers may not know?

I was supposed to write We Begin at the End in six months. It was going to be a simple story of revenge. And then I starting writing the teenage protagonist, Duchess, and it evolved into this epic coming-of-age story that almost drove me mad. Now, almost three years later, it’s finally ready.