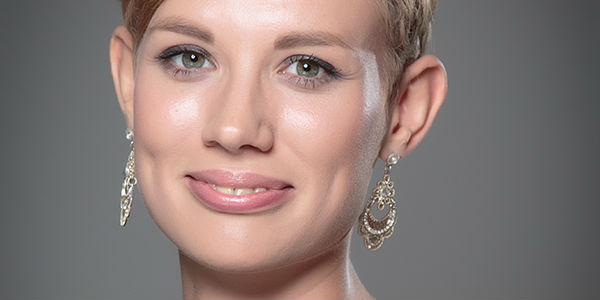 Catherine Banner is a British author, born in Cambridge. She gained international attention with her first book, The Eyes of a King, which she began writing when she was fourteen and still a school student. Catherine has published a trilogy of young adult novels, The Last Descendants. Her debut adult novel, The House at the Edge of Night, was published in 2016 and is available through Suffolk Libraries. Her work is translated into 22 languages.

When I was in my teens, while writing The Last Descendants, I started reading 19th-century writers like George Eliot, Thomas Hardy and Dickens. I think their books are what fostered in me a love of a certain kind of old-fashioned storytelling, which is expansive, follows many threads, and can switchback between comedy and tragedy, light and shade, in the way that real life does, without misrepresenting either. Separately, about the same time, I discovered the Caribbean poet Derek Walcott, and his poetry was the most beautiful thing I had ever read. He writes epic, ageless stories set in the modern Caribbean, full of detail about the landscape and the place. For instance, his book Omeros takes the Odyssey and retells it with Caribbean fishermen, and it’s brilliant. Reading his poetry is what gave me, I think, an obsession with crafting just the right sentence. And finally, these two paths converged when I discovered writers like Salman Rushdie and Isabel Allende and Gabriel García Márquez who have taken both the old-fashioned storytelling of one tradition and the beauty and detail of the other and created something strange and new out of both. Reading those writers is when I realised that there was a certain way of telling a big, epic story which could also be poetic and magical at the same time.

You wrote your first book when you were 14 years old and still a student, The Eyes of a King. What was it like to have success so young?

It all felt very unreal. At the time, I was uncomfortable with receiving so much attention, on a personal level, but at the same time very honoured that as a result of it so many people were reading my book. So it was a conflicted position to be in, and I developed ways of compartmentalising my writing life and my normal life in my own mind. For instance, I never went to see my own book in a bookshop, and never read any reviews, and many of my friends at Sixth Form College and university didn’t even know that I wrote books, because I didn’t tell them about it. Now, that approach seems strange to me because I think I’m better at navigating the world beyond my writing desk: adulthood gives you more perspective, and makes you better able to speak up for yourself and feel that you can control the conversation about your own work.

But of course, the main thing to say about being published so young was that it was an incredible privilege. Being paid to be a writer funded me to keep making more work, at a time when many teenagers who love to write give up because of a lack of time or space to write in. Instead, being taken seriously as a writer meant that I could work on my craft in a way I never would have been able to otherwise. I wouldn’t have written my debut adult novel, The House at the Edge of Night, if it hadn’t been for that early and very lucky apprenticeship ten years ago.

We know you in the UK for your trilogy of young adult novels, The Last Descendants. What were the main differences in writing for an adult audience in The House at the Edge of Night?

After finishing The Last Descendants, I wasn’t sure what kind of book I would write next – or, indeed, if I would write again at all. Above all, I knew that I needed time and space to think about what kind of writer I wanted to be. So at the time, I was taking a break from writing and working as a teacher. The idea for The House at the Edge of Night took me by surprise. It wasn’t the book I had expected to write: I had always thought of myself as a young adult writer, because I had never been anything else, and instead this idea was a big story, spanning 95 years, for adults, about a family and how they were affected by the sweep of history. So in many ways it was like starting again as a debut novelist. I had to solve a lot of creative problems early on in the process. Sometimes I felt that I was moving forward very tentatively, like someone sweeping a torch over a darkened room, trying to work out its geography. For instance, young adult writing favours strong, dark storylines and distinctive first-person voices – things which had come naturally to me in my early writing, and which I hadn’t really had to learn. Instead, adult writing requires more detail and intricacy, more light and shade, but loses some of the intensity of the work young adult writers produce. In the end, I think allowing myself to develop is what has allowed me to find my own space to work in as a writer, but I had to build everything up again from the foundations – or at least, that’s how it felt.

Where did the character of Amedeo Esposito come from?

The character of Amedeo Esposito was inspired by a real person. As part of my early research for The House at the Edge of Night, I read many Sicilian folk stories. One of the most interesting collectors of stories in the 19th century was a man called Giuseppe Pitrè, a doctor who gathered folktales from his patients and recorded them carefully over a period of several decades. He had a specially-designed desk built into his carriage so that he could note down his stories as he travelled between patients on the island’s steep and uneven roads. He is a story collector as important as the Brothers Grimm in Italian culture, but is not very well known outside Italy.

I liked the idea of someone who would invite confidences, a doctor, who used his position of trust to collect stories from his patients and preserve them for future generations. But I also wanted to write about somebody, unlike Pitrè, who came from an obscure background, a lonely character who was searching for a home and a family. When I visited the foundling hospital in Florence and read the stories of the children who grew up there, many of whom led fascinating lives, the character of Amedeo was born.

Your books have been translated into 22 languages now. Do your audiences in different cultures vary much?

One thing that I find fascinating about writing is that readers connect completely differently with a book depending on what images of their own experience they find reflected there. For instance, I’ve heard from a few readers who come from similar places to Castellamare. For them some of the things I wrote about small European towns – both positive and negative – struck a chord because they touched on a reality they recognised. Whereas other readers, especially those from big cities, have written that they like the book precisely because it’s so different to their own reality, and carries them to a different kind of place which to them represents holiday and escape. I find it amazing that one reader can see a book as escapism and another as realism and yet both find a personal meaning in it. But I’ve always loved those writers who can tread the line between sweeping the reader up in a story and writing unflinchingly about the more complex aspects of human nature, between escaping darkness and confronting the truth, so that’s something I try to do in my own work. One of the most difficult things to write about in The House at the Edge of Night, for instance, was the Fascist period. No writer can wade into a time period as dark and controversial as that one without making a solemn commitment to try and do it justice. But I think most readers have found that to be one of their favourite parts of the book. I think the best books are both beautiful and transporting, and a space for reflection on darker themes, at the same time, and that’s my long-term ambition for my own work.

I’m working on another novel about small European towns and the impact of history, this time set in the mountains of north Italy. I have been researching the history of industrialisation and migration in Piemonte, the region where I live, and the story of the partisan movement during World War Two. There are many fascinating untold stories here which are just as important as those of the French resistance, but are relatively unknown in English. So that was my starting point. This new book follows the story of what happens to a small factory town in the mountains when a strange and unexplained miracle happens there, and again it focuses on how families and individuals navigate the tides of history.

Do you have a message for your readers in Suffolk Libraries

I’m from Cambridgeshire myself, and have family in Essex and Norfolk, so to me the whole of East Anglia has always felt like home! What I really want to say above all is thank you so much to Suffolk readers for supporting my books. Passionate and generous readers like you are so important to a writer; without that support, I couldn’t do the work I do, and I appreciate that every day. I learned to write as a teenager through books borrowed from the library, and researched the whole of The House at the Edge of Night at my local library, so I’ll always be grateful to libraries for what they do too.

My favourite kind of day is one spent with my husband, family and friends, catching up over homemade food or a pizza. We have quite a scattered family, so any day I get to see the people I care about most is always the best of days.