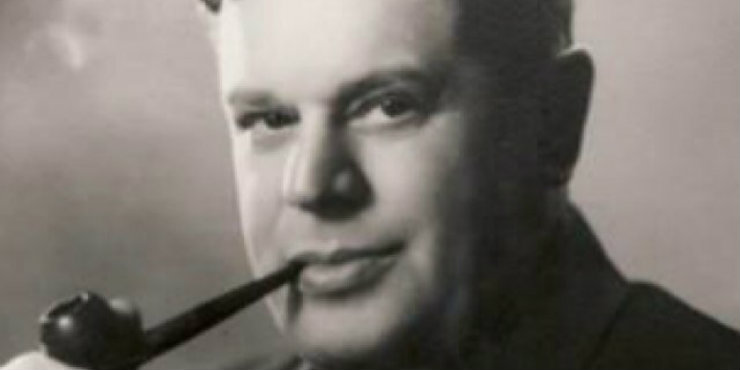 Brian Bilston is a poet clouded in the pipe smoke of mystery. Very little is known about him other than the fragments of information revealed on social media: his penchant for tank tops, his enjoyment of Vimto, his dislike of Jeremy Clarkson.

In 2014 he became the first person to retain the title of Pipe Smoker of the Year [Poetry section] and, over the years, he has won numerous awards for cycling proficiency, first aid, and general tidiness. He won the 2015 Great British Write Off poetry prize for a poem disguised in a Venn diagram.

Brian’s first collection of poetry You Took the Last Bus Home was published by Unbound. His first novel, Diary of a Somebody, was published this year and is laugh out loud funny, clever and a must read.

As is the case for many teenage boys, I stopped reading altogether when I was about thirteen and didn’t pick up a book in anger, boredom or earnest for about three years. It was Stephen King who helped me fall back in love with reading: great thick slabs of books crammed with horror, suspense and swearing.

Once the reading habit had restored itself, I spent every spare moment with my nose in a book. I would work my way through the entire oeuvre of certain authors: Graham Greene, John le Carre, Muriel Spark, John Irving, PG Wodehouse, Julian Barnes, Martin Amis, Iain Banks, Jeanette Winterson.

2. You have been described as the ‘unofficial poet laureate of Twitter’. How do you deal with the attention this brings?

It sits with me less comfortably than it once did. In my early days on Twitter, I might think nothing of writing a quick, short poem in ten minutes then hurling it out into the Twittersphere. What did it matter? I only had hundred or so followers and the chances were that most of them wouldn’t see it anyway. It feels different now, knowing so many people might encounter one of my poems. I take more time (and share less) as a result.

But the warmth and friendliness of the exchanges I have with others on Twitter (Facebook and Instagram, too) never fails to astound me. Social media often receives a bad press – sometimes justifiably so – but for me, it’s been an overwhelmingly positive experience.

3. What is your writing routine?

A typical day consists of the following:

4. Is Toby Salt from Diary of a Somebody based on anyone?

Fortunately not, although he does represent a certain author ‘type’ (one in which pretension and self-importance feature prominently) that I do recognise, albeit from a distance. Thankfully, most writers are hugely insecure and plagued by self-doubt.

5. Has a book you read ever changed your life or made you see things differently?

I hadn’t really been interested in poetry until forced to study Philip Larkin as part of my English literature A level course. The set text was The Whitsun Weddings. It was miserable. It was bleak. But it was also funny. In those ways, it spoke to my teenage self and, like Larkin in the collection’s title poem, I set off on a journey.

Thank you - not just for taking the trouble to read my words but for making use of your local library; libraries lend us far more than books and our communities would be much the poorer without them. Oh, and don’t forget to return your books in a timely fashion.

7. What is your next project?

I’m currently working on two projects: a follow-up collection of poems to You Took the Last Bus Home and a volume of poetry for children.

I once made a century break in a game of snooker.