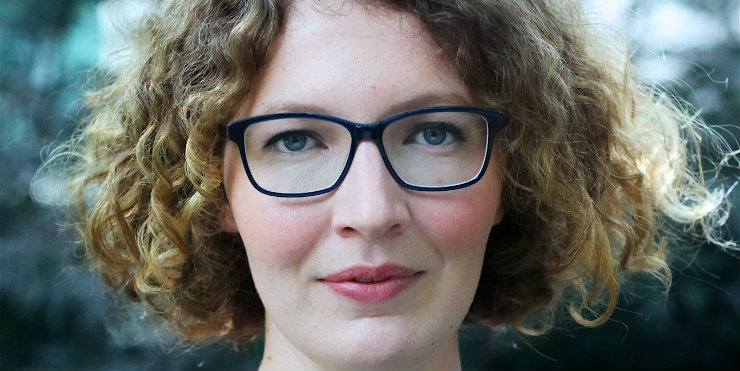 Beth Underdown was born in Rochdale and studied English Literature at the University of York. After training as an editor at Phaidon Press, Beth graduated with distinction from the University of Manchester’s Creative Writing MA.

Her first book The Witchfinder’s Sister is set just over the border in Manningtree and based on the life of the 1640s Suffolk-born witchfinder Matthew Hopkins. Beth’s interest in seventeenth-century England was sparked by the work of her great-uncle David Underdown, a foremost historian of the early modern period. She came across a brief mention of Matthew Hopkins while reading a book about midwifery, igniting an interest which turned into an all-consuming hunt for the elusive truth about this infamous killer.

I read Shakespeare’s works when I was eight or nine. I think I was trying to make some kind of point, and it was probably a classic instance of understanding individual words being quite a different thing from understanding a whole text. I loved Austen and the Brontes as a teenager. I read Dodie Smith’s I Capture The Castle, Pat Barker’s Regeneration trilogy and Margaret Atwood’s The Handmaid’s Tale at ages when I was just about ready for them, and each of those books had a big impact on me.

2. Matthew Hopkins was a notorious and evil figure. How did you even begin to find some good in a man who murdered so many women?

I began with thinking that I don’t believe someone could have committed the dreadful acts that Hopkins did if they were happy and contented. If a person isn’t happy, then somewhere along the line there’s a reason why – and I think for writers and readers, that’s where a character’s humanity lives. That’s where you start.

3. Your book is meticulously researched. At what point did you feel the characters start to emerge, particularly Alice?

Bridget was actually the first character to emerge fully. She came over from another project – a couple of chapters of quite a different seventeenth-century novel that I had started and quickly realised wasn’t going anywhere. But Bridget was too noisy to be left behind, and she quickly felt right among the cast of the book I went on to write.

Alice arrived fairly early on as well: bits and pieces of things she thought or felt came to me almost as if someone else had said them. But after that there was a lot of work to do in learning about her and rounding her out.

4. That last sentence is chilling…

Thank you! I admit I felt a bit gleeful writing that one.

Mostly, I’d like to say thank you for reading! I hope my book speaks to you, and feels like a decent telling of this piece of your local history. I’ve loved doing events in the area where the book is set – every audience has been so engaged, and lots of people have their own snippets and anecdotes about Matthew Hopkins and the witch trials, which are great to hear.

7. Given a time machine and the ability to go backwards or forwards what date would you set the clock for and why?

I think it would have been cool to be young in the seventies, when it was maybe a bit easier to be hopeful about the possibility of changing the world hugely for the better. But, purely in terms of the clothes, probably the Victorian period (although I’d have needed a reformer for a husband).

8. Can you describe yourself in three words?