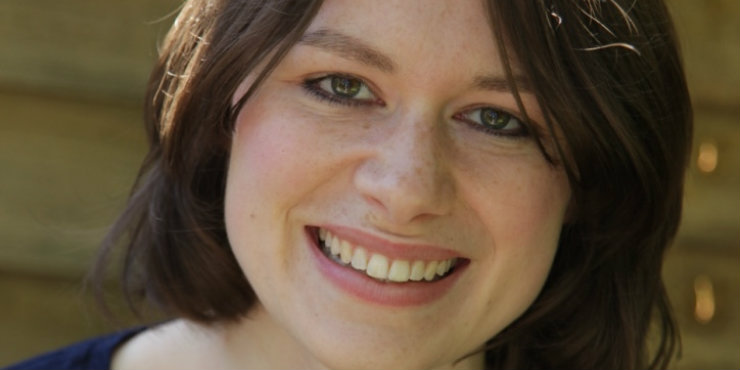 Beth O’Leary studied English at university and worked in children’s publishing before becoming a full-time writer. She wrote much of her bestselling debut novel, The Flatshare, on her daily hour-long commute between Winchester and London. Her next novel, The Switch, is due for release in April 2020.

Growing up, I read a lot of fantasy novels – I loved disappearing into made-up worlds and the magic and mystery always sparked my imagination. I was a huge fan of Terry Pratchett, and I loved Tamora Pierce too.

As I got a little older I discovered Jane Austen and other classics, and began to fall in love with epic love stories.

2. The Flatshare is based on a unique living situation. How did you hit upon the idea?

The idea stemmed from my own living situation – I had just moved in with my boyfriend, a junior doctor, and he was working lots of night shifts. We would go days on end without seeing one another, even though we were sharing a bed, because we were just never in it at the same time! It got me wondering… what would happen if two strangers lived this way, sharing the same space but never overlapping?

3. You worked in publishing before becoming an author. When you were published yourself, was the experience what you imagined?

I never imagined the sort of publication journey I’ve had. It’s been beyond anything I could have dreamed up! The Flatshare has sold in 32 countries, but before I had sent the story to any literary agents, it seemed too good to be true to even think that even one agent would want to read the full manuscript.

This has been a total dream for me – I’m still pinching myself, really. Working in publishing has meant that I am even more aware of how unusual this journey has been, and how lucky I am to have found such wonderful publishers around the world.

4. The Flatshare would make a great film. When you were writing it, how did you mentally picture Tiffy and Leon, and who would you like to play them if it was filmed?

My Tiffy and Leon don’t resemble a celebrity or anything – I know some writers find it useful to have a real person in mind as they write, but I don’t work that way at all. In fact, I prefer not to imagine who could play them, because then that person’s face sort of ‘becomes’ my Tiffy/Leon, and I lose the people I made up, just a little!

5. Is there anything you can share about your next project?

Absolutely – my next novel, The Switch, is out in April 2020 and it’s about a young woman who switches lives with her grandmother for two months. She goes up to rural Yorkshire for a break from the city and her grandma moves down to London for the adventure she always wanted to have when she was younger. It’s a story about family, and community, and love, and badly-behaved puppies… There’s all sorts of uplifting goodness in there.

My reading really ebbs and flows depending on what stage I’m at with writing a novel. At some points I inhale stories voraciously, like I always used to as a child – it’s as if my brain is hungry for inspiration. But sometimes I need to focus on the voices I’m creating, and if I read other people’s work I get frustrated, as if I’m being dragged a little off course.

There are some exciting books on my to-read pile, though: I’m looking forward to Mhairi McFarlane’s latest book, which I’ve not read yet, and I want to read more of Mike Gayle’s books too – I loved Half a World Away.

Only a big thank you for picking up my book! It really is a total thrill to me that real people in the real world are reading my story and connecting with my characters. I hope The Flatshare made you smile!

I am the youngest of six kids, and my family fostered when I was growing up, too, so there were often two more children in the house. I think my love of reading comes in part from the escape it would offer me – I could step away from all the noise and chaos and immerse myself in another world.