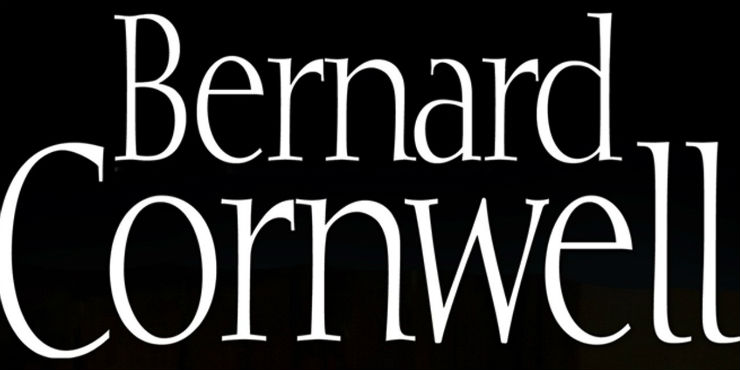 Bernard Cornwell, OBE is an English author of historical novels. Two of his historical novel series have been adapted for television; the Sharpe series by ITV and The Last Kingdom by BBC. In 2014 he published a nonfiction book, Waterloo: The History of Four Days, Three Armies and Three Battles.

Where did your interest in history and particularly military history come from? Did you have an inspiring history teacher at school?

I had an inspiring English teacher at school, but the only history teacher I can recall was rather dour. I suspect my interest in history was inherited! When I was in my 50’s I met my birth mother for the first time and found her flat crammed with historical novels… so make of that what you will. I don’t remember a time when I wasn’t obsessed by history, from a child it was my favourite reading and I cycled miles to visit old churches, ruins, whatever. As for military history, I was adopted into a family of fundamentalist puritans, belonging to a sect called The Peculiar People (really!) and among the many things of which they disapproved was anything to do with the military so, naturally, I became fascinated by all things military.

Where did the character of Uhtred come from?

He has some basis in history – there was a family that frequently used the name Uhtred in the 8th, 9th and 10th centuries, and they were the owners of Bebbanburg, now Bamburgh Castle. My Uhtred is fictional, but I discovered the family by meeting my natural father, again when I was in my 50’s, and discovered that he was a direct descendant of that family. The surname had changed over the years to Oughtred, but his family tree (and mine) went all the way back to the Anglo-Saxon period. My curiosity was aroused by their holding onto Bebbanburg – a Saxon and Christian enclave in a Danish and pagan kingdom of Northumbria. I suspect they collaborated, but we don’t really know. Whatever, Uhtred is one of my ancestors!

When you write are you a planner or do you get ideas of where to take the story as you write it?

I don’t have an outline. Some writers plot very carefully, and their books are great, but others, like me, leave it to instinct.

Do you get much time for leisure reading or is it all research?

I read a lot, and a lot that has nothing to do with history, though I suppose about half my reading is somehow connected to whatever period I’m writing about. I do like a well-written thriller – I’m a great fan of John Sandford – but mostly I read non-fiction. I’ve just finished Our Man in Charleston by Christopher Dickey, a splendid book about the British consul in Charleston, South Carolina, during the American Civil War, which I read mainly because he lived a few houses away from mine in that city. And I’ve just started The Incredible Unlikeliness of Being by Alice Roberts, and am loving it so far!

The latest one, finished yesterday, is the 10th novel about Uhtred and, at last, he makes a proper attempt to recapture Bebbanburg. But will he succeed? I ain’t saying.

Given a time machine and the ability to go backwards or forwards what date would you set the clock for and why? (assuming you could get back..)

It would be nice to meet Nell Gwynne? And if you did, why come back? But I suppose if I was forced to make a choice I think I’d want to be in the Globe for the first performance of, well, almost anything! I’ll choose The Tempest.