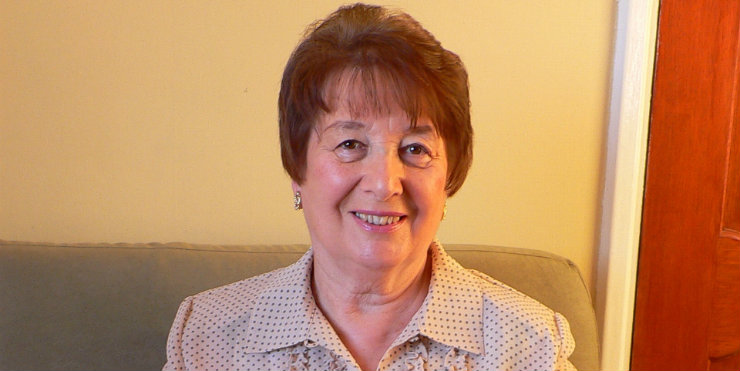 Ann Granger was born in Portsmouth, went to university in London, and has lived in France, Zambia and Germany. She is the author of four popular detective series: Mitchell and Markby, Fran Varady, Campbell and Carter, and Lizzie Martin. Her latest book, The Murder’s Apprentice, is the seventh in the Lizzie Martin series.

As a little girl I was ‘horse mad’ and so I read and re-read all the wonderful ‘pony books’ by Monica Edwards and the Pullein-Thompson sisters. It was a real joy for me, some years ago, actually to meet Josephine Pullein-Thompson (by then no longer writing but active in the PEN organisation) and have the chance to tell her how much her books had meant to me. I was drawn to them, I told her, because I’d thought horses were wonderful. ‘Yes,’ she replied, ‘they are, aren’t they?’

Later, in my early teens, I moved on to the adventure novels of Malcolm Saville, and then to nineteenth-century novels of history and adventure: Westward Ho! for example, and Peter the Whaler, Lorna Doone and so many others. And of course to the adventures of Sherlock Holmes.

But I was in my late teens before I took to reading more modern crime fiction, starting with the American writer Erle Stanley Gardner and his main character, Perry Mason. (Perry is still going strong on our afternoon television screens!) After that, Ngaio Marsh, whose books did inspire me to try my hand at writing crime fiction.

2. You started out writing historical romances. What made you decide to write crime instead?

My own writing career followed much the same path, from historical stories to crime. I wrote my first historical romance while living in Germany. I had two very small children at the time and we were in the midst of a long period of snow which made going out difficult. After one experience of becoming stuck in snow with a pram and being rescued by passers-by, I acquired a sledge on which to put my little ones and haul them round to the local shops to fetch in the groceries et al. A kind English friend, who was a Georgette Heyer fan, lent me her entire collection. I put them in order of publication and read the lot. This was a long time ago and yet it was only a few years ago that I discovered and enjoyed Heyer’s crime novels.

3. Your latest book is The Murderer’s Apprentice. Can you tell us a bit about it and what it was like to write?

Various things inspired me to write The Murderer’s Apprentice. One was a childhood memory of seeing a cobbler at work, to which I refer in the dedication at the beginning of the book. Another is memory of the days of coal fires, steam engines and London smog. Then was bad enough as I remember it, but in the days of Ben Ross and his wife Lizzie, née Martin, who are the detectives in my Victorian novels, it must have been horrendous. Dickens describes it so well.

So, in my book, the victim’s body is disposed of under cover of the blanket of fog and, when it is discovered, the messenger bringing the news to Scotland Yard stumbles in from the thick fog wrapped up head to toe in an old fur coat and a Scotch cap, alarming the desk sergeant who for a moment believes he is faced with a performing bear.

Victorian women had tough lives. A young girl like the victim Emily Devray, who found herself without family, friends or fortune, faced a very uncertain future. In the first of the Victorian mysteries, A Rare Interest in Corpses, Lizzie Martin (later Ross) arrives in London to take up the position of ‘companion’ to a wealthy woman. For her, things turn out well. For Emily, in The Murderer’s Apprentice, things turn out badly.

4. Why do you think readers have such an enduring fascination with crime novels?

I believe readers are drawn to crime fiction for many reasons. The books deal with all the great themes of the epics, going back to ancient times: envy, jealousy, revenge, greed, love and hatred, and the violence that perhaps lurks buried in the apparently most civilised of beings. The novels tackle the question of evil and, in most cases, the triumph of good (or justice in some form.) Readers know that, sadly, in real life justice is not always to be found. But, in crime fiction, it is, somehow or another. Evil will be found out.

The detective plays the role of the hero of old. They come into a situation in which normality has broken down and chaos of a sort has taken over, and they make everything right. For this reason, I do believe many people find crime fiction reassuring. Yes, dreadful things happen. But also, wickedness will not escape responsibility.

5. You have written many books in different series. If someone was reading this who had not read one of your books before, where would you suggest they start with your back catalogue?

I think I would suggest the Mitchell and Markby series - although this is an older series, there are twelve books in it. Also, I have reintroduced these two characters in my latest Campbell and Carter novels.

My latest project is called A Matter of Murder and I have just delivered the completed work to the publisher (Headline). It is a Campbell and Carter book, although Alan Markby - in retirement - and his wife Meredith do make cameo appearances. It will be published next year.

In the new year I shall be tackling a new book. It is planned to be another Victorian mystery and as yet it is only a collection of ideas and doesn’t yet have a title!

7. What was the last really good book you read that you would recommend?

I do read books by other authors! I’ve just read and enjoyed Joe Country by Mick Herron. I can heartily recommend it and the other books in that series to your readers.

8. Do you have a message for your many readers in Suffolk libraries?

I do take this opportunity to greet Suffolk readers and wish them all a very happy Christmas and festive season. Writers value the work of libraries highly and appreciate all they do.