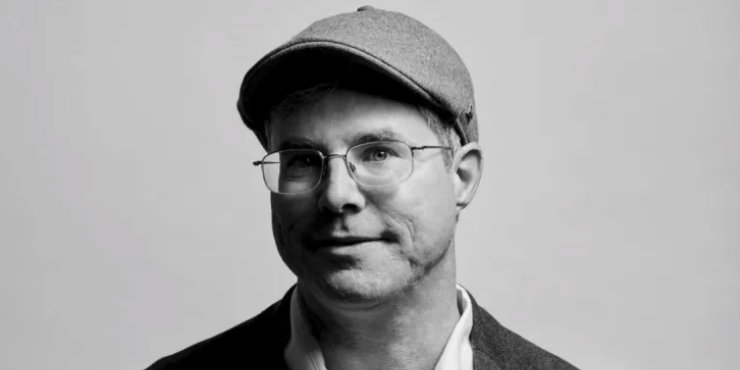 Andy Weir is an American novelist whose debut novel, The Martian, became a word-of-mouth hit. Initially self-published, it sold five million copies and was made into a blockbuster film by Ridley Scott.

His second and latest novel, Artemis, was published in 2017. Set in the late 2080s, it follows the life of porter and smuggler Jasmine “Jazz” Bashara as she gets caught up in a conspiracy for control of Artemis, the first and only city on the moon.

Mainly Heinlein, Asimov, and Clarke. I grew up reading my dad’s sci-fi collection, so I’m a generation off on which books influenced me.

2. How did Mark Watney in The Martian take shape in your mind? When did you find his ‘voice’?

Mark is based on my own personality. Though he’s smarter and braver than I am and he doesn’t have my flaws. I guess he’s what I wish I were like.

3. What is your writing routine? You created a whole city on the moon in Artemis. Was this in your head or did you have a wall or floor full of information?

Tons of research. I love worldbuilding. That part is fun for me. Especially when there’s a bunch of physics involved. So making a moon city was a real treat :)

And yes, I had a wall full of information.

4. Is there anything you can tell us about your latest ‘work in progress’?

Nothing firm, yet. I’m still pitching ideas to my editor.

5. How do we get more regular readers to take a chance on reading sci-fi?

I think a good start would be for sci-fi authors to make things other than dystopian, fascist misery worlds. There’s a place for that, sure, but right now the sci-fi shelves are littered with that and the concept has completely saturated the whole genre.

I think we need more old-school sci-fi, where it was a hopeful, awesome future. One you’d want to live in.

Lately I haven’t had time to read anything :(

I love woodworking and mixing cocktails. Though not at the same time.