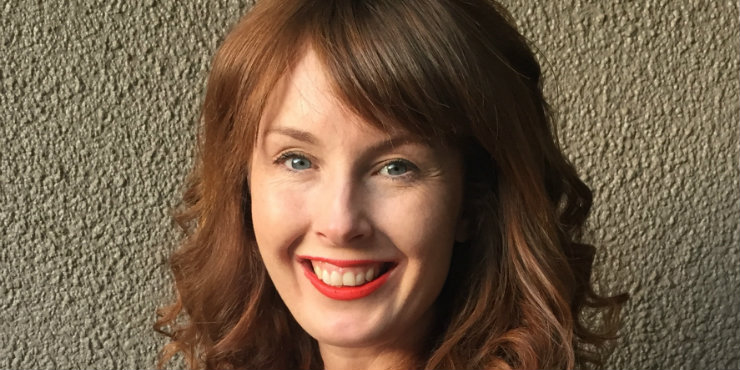 Amy Heydenrych is a writer and book blogger based in South Africa. She has been shortlisted twice for the acclaimed Miles Morland African Writing Scholarship. Her short stories and poems have published in multiple anthologies including Brittle Paper, The Kalahari Review and Short Sharp Stories.

Amy’s debut thriller, Shame On You, was published in the UK in January 2018. Her second novel, The Pact, is published by Zaffre on 28 November 2019, and is available to reserve from the library, or to buy as a paperback, eBook or audiobook for £7.99.

My earliest literary hero was Enid Blyton – I vividly remember reading every single one of her books in my local library. The other day, I happened to visit that library with my son and opened the front page of Cherry Tree Farm – I could tell from the dates of the stamps inside that it was the same copy I’d read as a girl. My earliest influence was the poetry of TS Eliot, and Antoine de Saint Exupéry’s Le Petit Prince.

2. When did you first realise that you wanted to write?

My mum tells a story of me drawing interlinked pictures as a toddler, and telling long, nonsensical stories around them, so I think the instinct to tell stories was always there. When I was about 10, I started writing plays and trying to get them produced by the school (they politely declined). Writing and telling stories has always been my first love.

3. Your first book Shame On You was a cautionary tale about the dangers of social media. How did you research it and where did your inspiration come from for the characters of Holly and Tyler?

When I first started writing Shame on You, I happened to be running the fashion and beauty campaigns for a big brand here in South Africa, so I worked with social media influencers like Holly all the time. During conversations at these events, I became interested in the vast gap between the reality of these women’s lives, and the world they display online. I thought that must be quite difficult, and painful. I added to this research by interviewing online influencers around the world, and spent a lot of time researching the medical aspect of Holly’s storyline as well.

As for Tyler – he was one of those characters who came to me fully formed!

4. Your latest book in the is The Pact. Can you tell us a little about it and your experience of writing it? 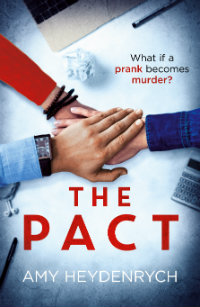 The Pact is a story about what happens when office bullying is pushed to fever pitch. Freya, a promising young software engineer, begins her dream job at a hot new startup with an enigmatic CEO. She thrives in her new role, and starts dating one of the executives, Jay. However, another woman has dated Jay as well, and is intent on destroying her.

Under the pressure of the incessant bullying, Freya cracks and plays a stupid prank on her bully. She thinks she has got away with it, until Nicole is found dead. It’s a story about the light and dark side of female relationships, and the challenges women face in the #MeToo era.

I loved writing the novel, because I included some deep personal elements of my own story in the creation of the narrative and the characters.

5. Here in the UK we do not hear much about South African writers. What is the writing scene like over there?

At the end of Apartheid, South African writing was extremely academic, reflective and serious. We had been through a lot politically as a country and our literature reflected that. However, a couple of decades into democracy and our literature landscape is changing.

More ‘light,’ commercial books are finding places on the shelves, and POC writers, especially women, are finding large platforms for their stories to be heard. We have a huge book club culture and informal bookselling scene (where people sell books out the boots of their cars) and the poetry coming out of our country is explosive right now.

6. Is there anything you can share about your next project?

My next project is the most chilling book I have written to date, mainly because it is the type of situation that could happen to anyone. I can honestly say that every reader who picks up this book would have been in this situation or feared it. The storyline plays on my own fears, so I have to take regular breaks while writing it.

I read to improve my own writing, and I review books for a local paper as well. Currently I have the following books on my to read pile: The Dutch House, by Anne Patchett, The Testaments, by Margaret Atwood, She Said, by Jodi Kantor & Megan Twohey and Freshwater, by Akwaeke Emezi.

I love to cook! If I wasn’t an author I would love to be a chef.