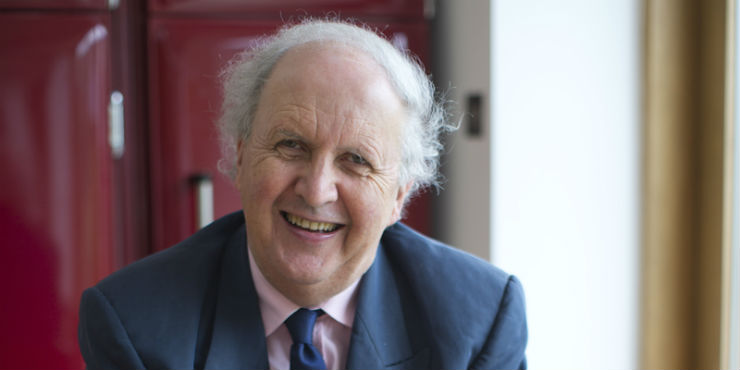 Alexander McCall Smith is one of the world’s most prolific and most popular authors. His career has been a varied one: for many years he was a professor of Medical Law and worked in universities in the United Kingdom and abroad. Then, after the publication of his highly successful No. 1 Ladies’ Detective Agency series, which has sold over twenty million copies, he devoted his time to the writing of fiction and has seen his various series of books translated into over forty languages and become bestsellers through the world. All of Alexander’s books can be read through Suffolk Libraries.

The main literary influences when I was a child were Arthur Mee’s Children’s Encyclopedia, which had a lot of pictures and interesting facts in it - I would read it for hours! I also very much enjoyed reading books by Rudyard Kipling, as well as Richmal Crompton’s Just William books.

It is impossible not to mention Precious Ramotswe. Has the way you write about her changed over the years and with TV adaptations etc?

Generally speaking, Precious Ramotswe has remained the same person as she was when I began writing about her. Obviously as one writes further books other aspects of her character emerge. She is always very cheerful and resourceful.

I love the covers of your books. They are so iconic. Who designs them and how much input do you have into the final design?

The covers are designed by my various publishers. They show them to me in advance and I comment on them. Usually I am very happy with what they propose, but I will occasionally object to something or come up with suggestions that lead to a changed approach. My friend, Iain McIntosh, is a wonderful illustrator who has worked on many of my books, particularly the ones in the 44 Scotland Street series.

Your books are a world away from many of the books we buy for readers nowadays. There is kindness and honesty and people care for others. Do you think this is part of their global appeal?

I very much enjoyed writing a new version of Jane Austen’s Emma. Of course, nothing can ever improve on Austen, but it was great fun to do.

I am writing a new novel set in France which is concerned with the inheritance of 26 pairs of Salvatore Ferragamo shoes!

I would like to send my Suffolk readers my warmest good wishes. I have great affection for Suffolk – I had an aunt who lived near Bury St Edmunds and I always enjoyed visiting her. My novel, La’s Orchestra Saves The World, is, in fact, set in Suffolk. It is such a lovely part of the country.