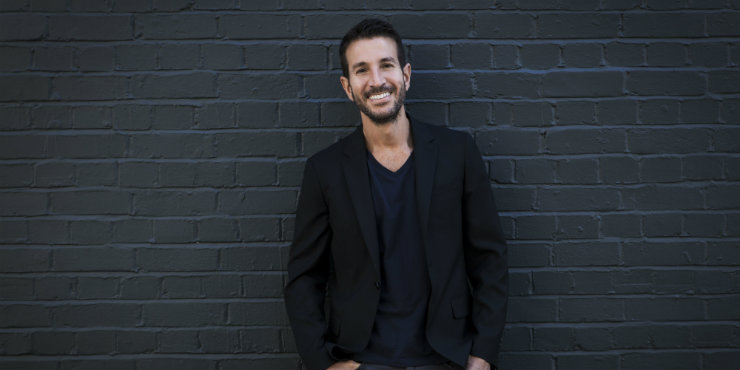 Alex Michaelides was born in Cyprus to a Greek father and English mother. He has a degree in English Literature from Cambridge and an MA in screenwriting at the American Film Institute in Los Angeles, and has studied psychotherapy and worked in a secure unit. His first thriller, The Silent Patient, was the subject of fierce auctions between publishers across the world. It was published in the UK by Orion in February 2019.

I grew up in a house full of books, a small library collected by my mother - and most of the books that made me into a writer were on the shelves - Dickens, Evelyn Waugh, Angela Carter, Margaret Atwood.

I discovered Agatha Christie when I was about eleven or twelve, and read her books compulsively; that was my happiest reading experience as a child. I always knew I wanted to write a book and it was always going to be that kind of book - a psychological detective story is how I think of The Silent Patient.

2. “Alicia Berenson was thirty three years old when she killed her husband” is a great opening line. How did The Silent Patient story come together and how was it to write?

The story was inspired by the intention to write an Agatha Christie type of book with a deeper psychological complexity. I studied psychotherapy and worked in a secure unit for a couple of years, and when I planned the book, I knew I needed an iconic, enclosed location - and knew I could write convincingly about a psychiatric unit - and that instead of a detective, I could have a psychotherapist. Once I had that idea, then everything else fell into place.

3. You have gone from aspiring author to international bestseller. Do you sometimes have to pinch yourself to believe it has all happened?

Yes, I do! It was my first novel, and I wasn’t expecting any kind of reaction at all. When my US publisher called me to say it had gone in the NYT bestseller list at number one, I thought he was joking. It’s taken me a while to adjust but it has been the most joyous and exciting experience of my life.

4. The Silent Patient draws on the Alcestis by Euripides. We have also recently had Circe by Madeline Miller and successful books on myths by Stephen Fry. Why do you think writers (and readers) are re-discovering these ancient stories now?

The Greek myths are everywhere in Cyprus - the tragedies are constantly being performed and re-imagined. I came across the story of Alcestis when I was about 13 and it haunted me. The story of a woman who dies to save her husband, and then is brought back to life, she refuses to speak when reunited with her husband. Her silence isn’t explained and it captured my imagination.

I think all the myths speak to everyone on the level of the universal unconscious, as Jung would put it. They tap into archetypes and dreams and nightmares - very rich and evocative material!

5. Is there anything you can share about your latest project?

I am writing another psychological detective story about a series of murders at a Cambridge college. A Greek tragedy professor is suspected of murdering his students. I hope to finish writing it soon.

6. What is on your ‘to read’ pile at the moment, and what is the best thing you have read recently?

Currently I tend to read a lot of books about writers; I find it helpful to read about their lives. A book I really loved is called The Trip to Echo Spring by Olivia Laing. It’s about several famous writers and their relationship to alcohol.

I don’t read modern thrillers. I re-read Christie but that’s it. I think I’m afraid of being influenced by other writers!