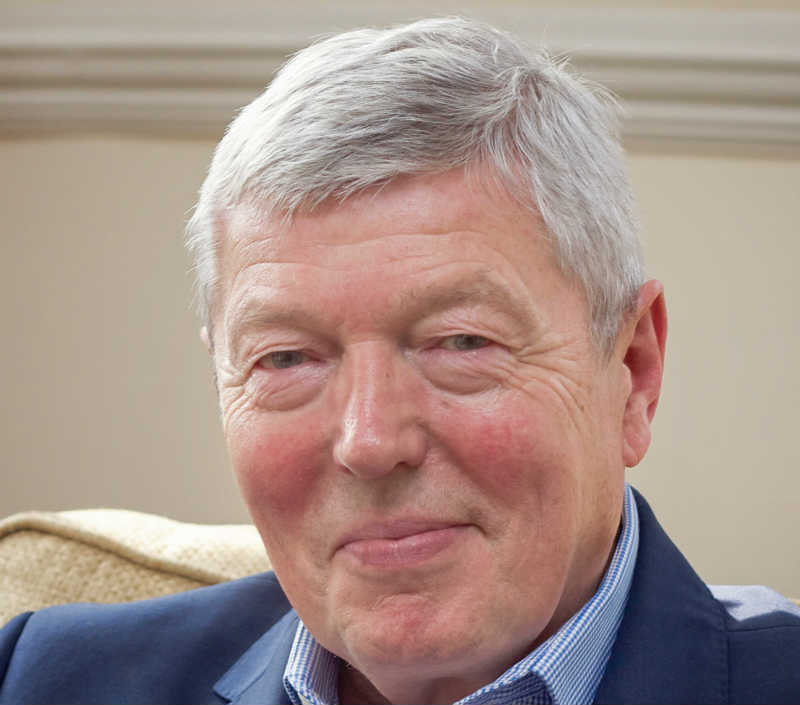 Alan Johnson is one of the country’s best known politicians. He has recently finished the third volume in his bestselling and award-winning memoirs, The Long and Winding Road. He is also one of the speakers at the Suffolk Libraries Bookfest on Sat 29 October.

Johnson is a British Labour Party politician who served as home secretary from June 2009 to May 2010, and undertook a variety of posts in the cabinets for both the Blair and Brown governments, including health secretary and education secretary. Until January 2011, he was shadow chancellor of the Exchequer.

I read and re-read Shane by Jack Schaeffer as a very young boy, as well as Robinson Crusoe and Tom Sawyer. When I was 13 I read Dickens for the first time and have been reading him ever since.

The titles of your volumes of autobiography are instantly recognisable to Beatles fans. Why did you choose the Fab Four link?

The Beatles link stems from the childhood memoir where, as I relate in the book, my one opportunity for rock stardom was when as a 15-year-old I auditioned with a band called Peter Jay and the Jaywalkers who were resident on lots of BBC lunchtime “pop” programmes. The song they asked me to sing and play at the audition was This Boy (the B-side of I Wanna Hold Your Hand), so it was the perfect title for the book, particularly as the book seeks to detail the effect that The Beatles had when they took the world by storm in the early ‘60s, and given that I’d begun the theme of Beatles’ titles I thought I’d carry them on into the other two memoirs.

You famously served many years in the Post Office. Do you think we have lost something unique and important in the move towards instant technology?

Thankfully the Post Office is still there, but broken up and in the case of Royal Mail privatised by the Coalition Government. I do think we’ve lost something very precious in terms of hand-written communication, as I explained in the documentary shown on BBC4 recently about the history of Royal Mail.

The third volume of my memoirs, The Long and Winding Road, will be published on 22 September and I will be spending a fair bit of time in Suffolk.

My message for readers in Suffolk Libraries is to stretch every sinew to maintain the library service. It’s as important now as it was when I was growing up as a child.

Given a time machine and the ability to go backwards or forwards (and come back) what date would you set the clock for and why?

I’d take my time-machine back to the early 1930s to see the Crystal Palace before it burned down, and also to get a feel for pre-war Britain which would be close enough to recognise but far back enough to be fascinating to observe.

What is the best piece of advice you were ever given?

The best advice I’ve ever had was from Shakespeare: this above all: to thine own self be true.