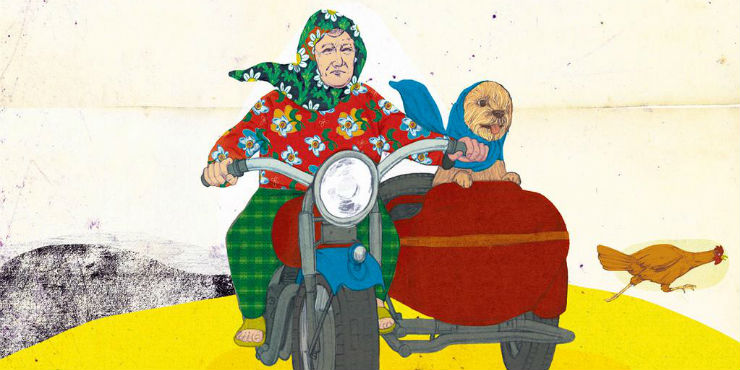 Translated into English by Michele Hutchison, this novel shows a fraught mother and daughter relationship. Coco has to look after her terminally ill mother.

Humorous drama full of mischief about 70-somethings in 1990s Russia.

Etta and Otto and Russell and James by Emma Hooper

Etta, an 82 year old Canadian, walks 2000 miles to visit the sea for the first time in this quirky novel.

The year of the runaways by Sunjeev Sahota

Longlisted for the Man Booker Prize this year, this evocative novel follows the lives of Indian men who have moved to Sheffield.

The anchoress by Robyn Cadwallader

Historical drama set in 13th century England about a 17 year old ‘anchoress’ – a role similar to a hermit, dedicated to religious devotion.

Dual narrative thriller set in 18th century Lapland about a mysterious death with a hint of the supernatural.

The house of hidden mothers by Meera Syal

Two lives of Indian women – one in East London, one in India – both with very different experiences, collide around the topic of surrogacy.

Death of the artist by Karrie Fransman

Graphic novel with five different styles, following the narrative of creation and destruction.

Mystical story about Ada, a woman who clears out her late mother’s house, and Ada’s six year old daughter, Pepper.

The wolf border by Sarah Hall

Rachel Caine is summoned by an eccentric Earl to return to England and help to reintroduce grey wolves into the Lake District.