We’re always adding great titles to our eLibrary. We’ve listed some of our best new eBooks and music to help you choose your next read or listen. 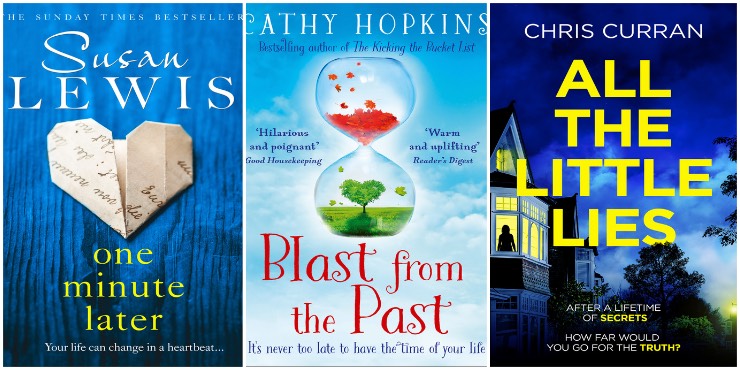 Zucked: waking up to the Facebook catastrophe, by Roger McNamee

“If you had told Roger McNamee three years ago that he would soon be devoting himself to stopping Facebook from destroying democracy, he would have howled with laughter. He had mentored many tech leaders in his illustrious career as an investor, but few things had made him prouder, or been better for his fund’s bottom line, than his early service to Mark Zuckerberg. Still a large shareholder in Facebook, he had every good reason to stay on the bright side. Until he simply couldn’t.

“Zucked is McNamee’s intimate reckoning with the catastrophic failure of the head of one of the world’s most powerful companies to face up to the damage he is doing. It’s a story that begins with a series of rude awakenings. First there is the author’s dawning realization that the platform is being manipulated by some very bad actors. Then there is the even more unsettling realization that Zuckerberg and Sheryl Sandberg are unable or unwilling to share his concerns, polite as they may be to his face. And then comes Brexit and the election of Donald Trump, and the emergence of one horrific piece of news after another about the malign ends to which the Facebook platform has been put.

“To McNamee’s shock, Facebook’s leaders still duck and dissemble, viewing the matter as a public relations problem. Now thoroughly alienated, McNamee digs into the issue, and fortuitously meets up with some fellow travellers who share his concerns, and help him sharpen its focus. Soon he and a dream team of Silicon Valley technologists are charging into the fray, to raise consciousness about the existential threat of Facebook, and the persuasion architecture of the attention economy more broadly – to our public health and to our political order.”

First Man In: leading from the front, by Ant Middleton

“After 13 years’ service in the military, with four years as a Special Boat Service (SBS) sniper, Ant Middleton is the epitome of what it takes to excel. He served in the SBS, the naval wing of the special forces, the Royal Marines and 9 Parachute Squadron Royal, achieving what is known as the ‘Holy Trinity’ of the UK’s Elite Forces. As a point man in the SBS, Ant was always the first man through the door, the first man into the dark, and the first man in harm’s way.

“In this fascinating, exhilarating and revealing book, Ant speaks about the highs and gut-wrenching lows of his life – from the thrill of passing Special Forces Selection to dealing with the early death of his father and ending up in prison on leaving the military – and draws valuable lessons that we can all use in our daily lives.”

All the Little Lies, by Chris Curran

“One email is all it takes to turn Eve’s world upside down. It contains a picture of her true birth mother, Stella, and proves that Eve’s entire life with her adoptive parents has been a lie. Now she must unravel the mystery of Stella’s dark past. But what Eve finds will force her to take enormous risks, which put her – and her newborn baby – in immediate danger…”

Blast from the Past, by Cathy Hopkins

“On a trip of a lifetime to India, Bea is given an unexpected fiftieth birthday present – an hour with a celebrated clairvoyant. Unlucky in love, Bea learns that her true soulmate is still out there ̶ and that he’s someone she knew in a past life.

“Returning home, Bea revisits the men in her life and can’t resist looking up a few old lovers – the Good, the Bad and the… well, the others. As Bea connects with the ones that got away, she suspects that her little black book has remained shut for a reason. But one man out there has her in his sights.

The Doll House, by Phoebe Morgan

“Corinne’s life might look perfect on the outside, but after three failed IVF attempts it’s her last chance to have a baby. And when she finds a tiny part of a doll house outside her flat, it feels as if it’s a sign.

“But as more pieces begin to turn up, Corinne realises that they are far too familiar. Someone knows about the miniature rocking horse and the little doll with its red velvet dress. Someone has been inside her house… How does the stranger know so much about her life? How long have they been watching? And what are they waiting for…?”

Jog On: how running saved my life, by Bella Mackie

“Divorced and struggling with deep-rooted mental health problems, Bella Mackie ended her twenties in tears. She could barely find the strength to get off the sofa, let alone piece her life back together. Until one day she did something she had never done of her own free will – she pulled on a pair of trainers and went for a run.

“That first attempt didn’t last very long. But to her surprise, she was back out there the next day. And the day after that. She began to set herself achievable goals – to run 5k in under 30 minutes, to walk to work every day for a week, to attempt 10 push-ups in a row. Before she knew it, her mood was lifting for the first time in years.

“In Jog On, Bella explains with hilarious and unfiltered honesty how she used running to battle crippling anxiety and depression, without having to sacrifice her main loves: booze, cigarettes and ice cream. With the help of a supporting cast of doctors, psychologists, sportspeople and friends, she shares a wealth of inspirational stories, research and tips that show how exercise often can be the best medicine.

“This funny, moving and motivational book will encourage you to say ‘jog on’ to your problems and get your life back on track – no matter how small those first steps may be.”

Past Tense, by Lee Child

“A young couple trying to get to New York City are stranded at a lonely motel in the middle of nowhere. Before long they’re trapped in an ominous game of life and death.

“Meanwhile, Jack Reacher sets out on an epic road trip across America. He doesn’t get far. Deep in the New England woods, he sees a sign to a place he has never been - the town where his father was born. But when he arrives he is told no one named Reacher ever lived there. Now he wonders: who’s lying?

“As the tension ratchets up and these two stories begin to entwine, the stakes have never been higher for Reacher.”

“If Detective Frank Bennett tries hard enough, he can sometimes forget that Eden Archer, his partner in the Homicide Department, is also a moonlighting serial killer…

“Thankfully their latest case is proving a good distraction. Someone is angry at Sydney’s beautiful people – and the results are anything but pretty. On the rain-soaked running tracks of Sydney’s parks, a predator is lurking, and it’s not long before night-time jogs become a race to stay alive.

“While Frank and Eden chase shadows, a different kind of danger grows closer to home. Frank’s new girlfriend Imogen Stone is fascinated by cold cases, and her latest project – the disappearance of the two Tanner children more than twenty years ago – is leading her straight to Eden’s door.

“And, as Frank knows all too well, asking too many questions about Eden Archer can get you buried as deep as her past…”

“Neil ‘Sam’ Samworth spent eleven years working as a prison officer in HMP Manchester, aka Strangeways. A tough Yorkshireman with a soft heart, Sam had to deal with it all – gangsters and gangbangers, terrorists and psychopaths, addicts and the mentally ill. Men who should not be locked up and men who should never be let out.

“Strangeways is a shocking and at times darkly funny account of life in a high security prison. Sam tackles cell fires and self-harmers, and goes head to head with some of the most dangerous men in the country. He averts a Christmas Day riot after turkey is taken off the menu and replaced by fish curry, and stands up to officers who abuse their position. He describes being attacked by prisoners, and reveals the problems caused by radicalisation and the drugs flooding our prisons.

“As staffing cuts saw Britain’s prison system descend into crisis, the stress of the job – the suicides, the inhumanity of the system, and one assault too many – left Sam suffering from PTSD. This raw, searingly honest memoir is a testament to the men and women of the prison service and the incredibly difficult job we ask them to do.”

One Minute Later, by Susan Lewis

“With a high-flying job, a beautiful apartment and friends whose lives are as happy as her own, Vivienne Shager is living the dream. Then, on the afternoon of Vivi’s twenty-seventh birthday, one catastrophic minute changes everything. Forced to move back to the small seaside town where she grew up, Vivi remembers the reasons she left. The secrets, lies and questions that now must be answered before it’s too late. But the answers lie in thirty years in the past…

“Shelley Raynor’s family home, Deerwood Farm, has always been a special place until darkness strikes at its heart. When Vivi’s and Shelley’s worlds begin to entwine, it only takes a moment for the truth to unravel all of their lives.”