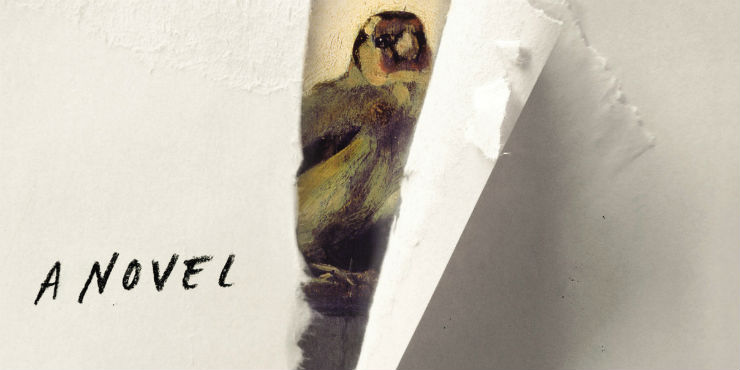 After the fall by Charity Norman

I have heard good things about this one. If you like Jodi Picoult it is likely that you will enjoy this. An emotional rollercoaster that will keep you reading to the end. In the quiet of a New Zealand Winter’s night, a rescue helicopter is sent to airlift a five-year-old boy with severe internal injuries. At first his injuries look like a horrible accident. Only his mother knows the truth. And she isn’t telling. Not yet. Maybe not ever.

I’m always a bit suspicious of writers who take somebody else’s story and impose their own ideas on it. You will probably recognise the title as the Earnshaws’ servant in Wuthering Heights. It is narrated by Nelly and is a very different version of Emily Bronte’s classic novel. I enjoyed it and it made me want to read the original again. As we approach the 200th anniversary of the Brontes’ births this might be a topical one to try.

Not quite nice by Celia Imrie

As you would expect from Celia Imrie this is light, witty escapism designed to whisk you away to sunnier climes. The story centres around Theresa who sells her Highgate house and moves to the South of France. When she arrives she discovers a group of expats with their eccentricities and tangled lives. If you do not like the book there are recipes to try!

Five Days in November, 1920. As the people of London await the arrival of the Unknown Soldier from France, three women are dealing with loss in their own way: Hettie, who dances for money with strangers at the Hammersmith Palais; Evelyn, who toils at a lowly job in the Pensions Office; and Ada, a housewife who is beset by visions of her dead son. One day a young man comes to Ada’s door. He carries with him a wartime mystery that will bind these women together. Hard to believe this is a debut novel.

Possession by A S Byatt

A modern classic and winner of the 1990 Booker Prize, this is one to savour. It can be read on several different levels. Do not be put off by the poetry. If you stick with it there are metaphors and references that will reward you. On the face of it this is a novel that describes the romance between two 19th century poets and the parallel relationship of their two biographers but there is so much more to it.

The story of Hassan Haji, a boy from Mumbai who embarks, along with his chaotic family, on a journey first to London and then across Europe, before they ultimately open a restaurant opposite the famous chef, Madame Mallory, in the remote French village of Lumiere. A culinary clash of cultures ensues. I saw the film starring Helen Mirren first which was wonderful. The book goes into more detail and is worth the time. I strongly recommend this one.

The goldfinch by Donna Tartt

This is a large tome and it is sometimes hard going but it is a wonderful story. I found the first 100 pages hard going but it draws you in and I lost whole evenings reading it. This is less a novel than a whole box set. Donna Tartt is known for taking a long time between books and when you read this you can see why. Every line has been crafted with care and attention.

Aged 13, Theo Decker survives a bomb blast that tears his life apart. Alone and rudderless in New York, he is taken in by the family of a wealthy friend. He is tormented by an unbearable longing for his mother, and down the years clings to one thing that reminds him of her: a small, extremely valuable painting that ultimately draws him into the criminal underworld. As he grows up, Theo learns to glide between the drawing rooms of the rich and the dusty antiques store where he works.